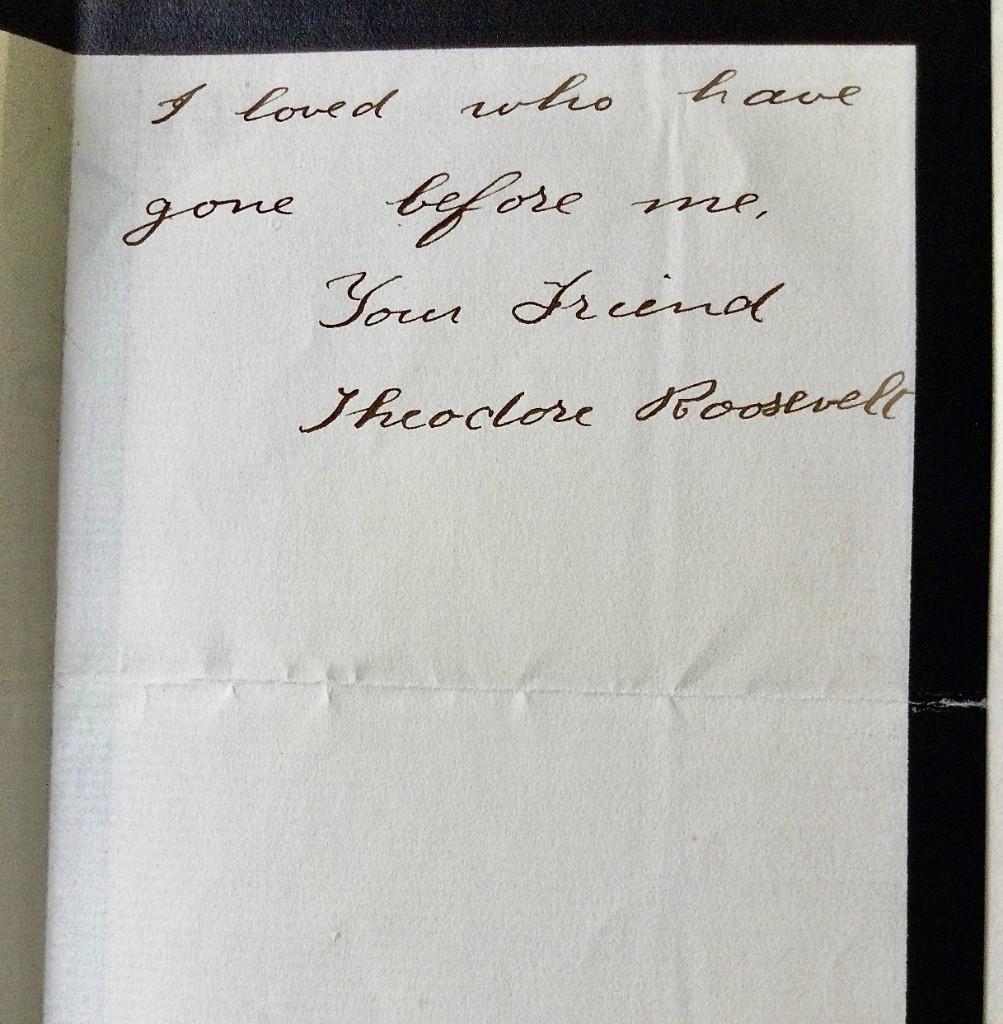 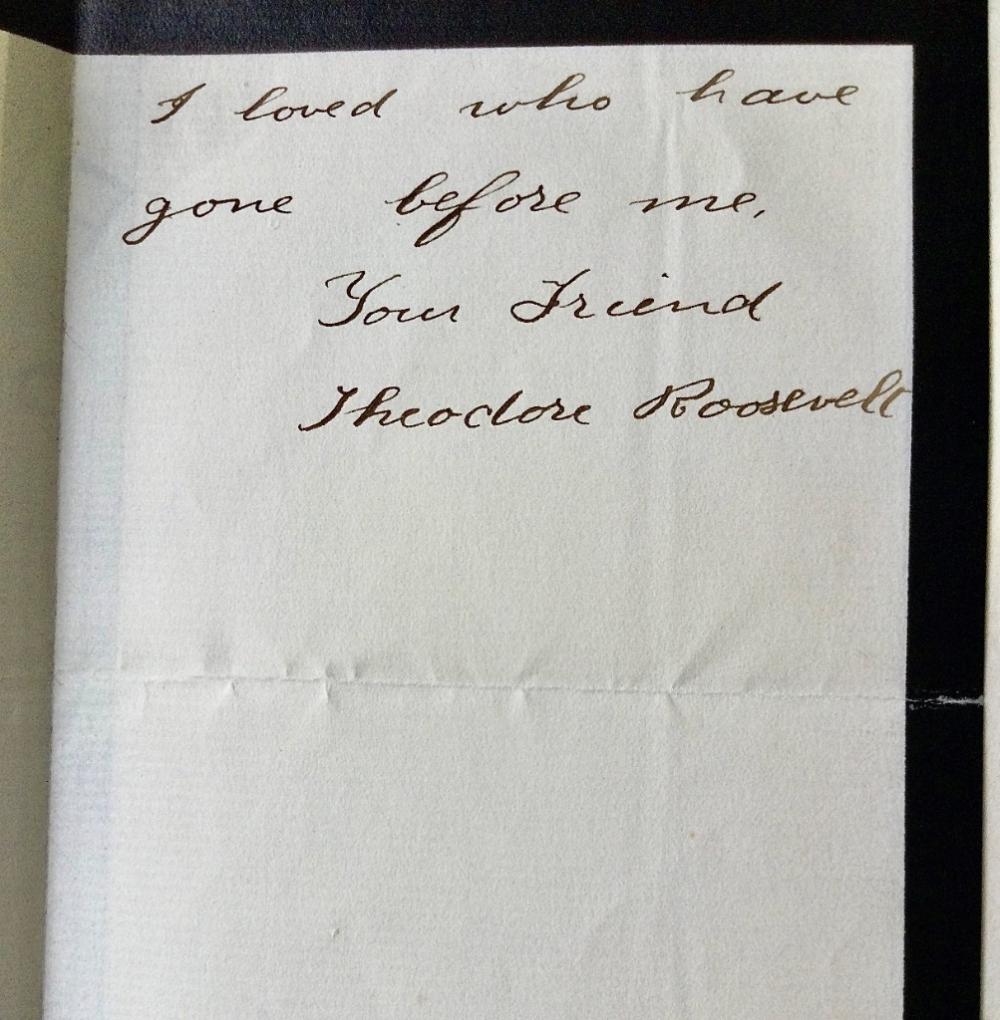 THEODORE ROOSEVELT
(1858 - 1919) Twenty-sixth President of the United States who started the Panama Canal, settled the Russo-Japanese War, broke up Standard Oil and encouraged conservation. ROOSEVELT STRUGGLES WITH GRIEF, FOUR DAYS AFTER THE DEATHS OF HIS FIRST WIFE AND MOTHER Superb content A.L.S. 'Theodore Roosevelt' on mourning stationery, 2pp. 8vo., New York, Feb. 18th, 1884, a powerful letter to his friend Thomas White written just four days after the deaths of both his wife Alice and his mother Martha. In large part: '...Many thanks for your kind sympathy and remembrance of me. I shall come back to my work at once; there is now nothing left for me except to try to so live as not to dishonor the memory of those I loved who have gone before me. Your Friend Theodore Roosevelt'. Adding to the poignancy, Roosevelt wrote this letter at '6 West 57th Street' - the same house where both his mother and wife had died four days prior. The back of the second page is pasted to a white mount, above the original hand-addressed transmittal envelope. One mailing fold, else fine. Alice Lee Roosevelt died just two days after giving birth to the couple's only daughter, also named Alice. Roosevelt, devastated by the loss, wrote a large 'X' in his diary on the day of her death, adding: 'The light has gone out of my life.' His mother, Mittie, had died of typhoid fever eleven hours earlier at 3:00 a.m. While he grieved, Roosevelt left baby Alice in his sister's custody for nearly three years, and once she returned to his care, he exclusively called her 'Baby Lee' - too emotional to utter the name 'Alice'. True to his word, Roosevelt used this grief to motivate him in his work in the New York State Assembly, re-energizing a legislative investigation into corruption of the New York City government. After penning a moving memorial, Roosevelt never mentioned Alice again, even excluding her from his autobiography. Two years after their deaths, he married Edith Carow, his future First Lady, childhood neighbor and his likely girlfriend during his teenage years. However, it was always evident that Edith was his second wife, as his shocked family only found out about their engagement by reading the 'New York Times'. While working with Joseph Bishop on a biography that included a collection of his letters, Roosevelt never mentioned his marriage to Alice or his second marriage to Edith. One of the rarest and most powerful T.R. letters we have ever offered, providing the briefest glimpse into one of the defining moments of his life.