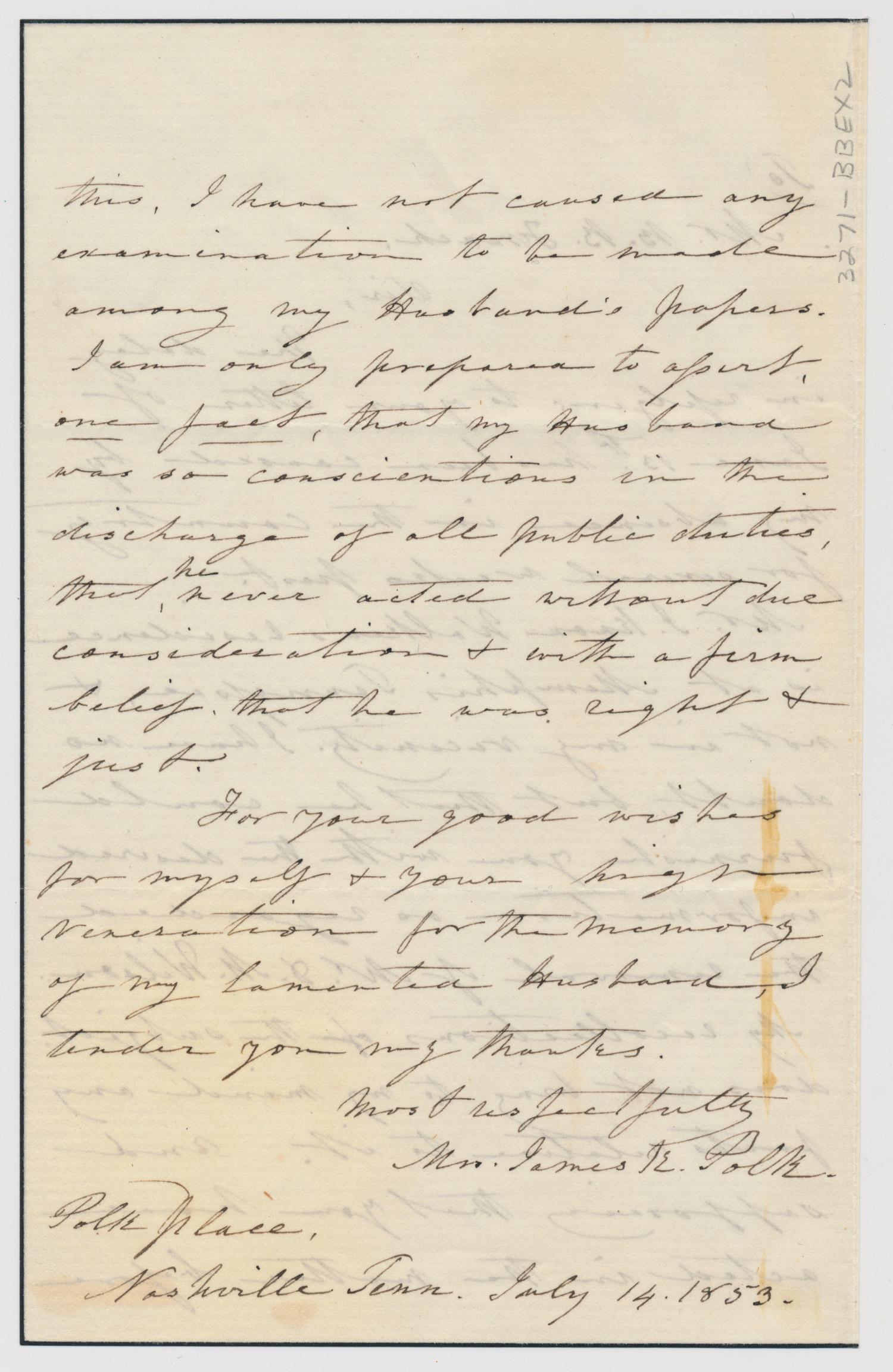 Description: (1803 – 1891) First Lady of the United States from 1845 to 1849, the wife of the 11th President of the United States, James K. Polk. A.L.S. 'Mrs. James K. Polk', 2pp. 8vo. on black-bordered mourning stationery, 'Polk Place, Nashville, Tenn,.' July 14, 1853. The former First Lady writes to Washington insider Benjamin Brown French, who served variously as Clerk of the U.S. House of Representatives, Commissioner of Public Buildings in Washington DC, and Grand Master of the Washington, DC Masonic Lodge. In part: 'Mr. J. Knox Walker's residence is at Memphis Tennessee, & not in my vicinity. I have no doubt but that he could furnish you with the desired information as regarded the removal of Mr. D.M. Wilson. My recollections of the subject does not bring to my mind any facts relative to it, and supposing that you have acted in the matter before this, I have not caused any examination to be made among my husband's papers. I am only prepared to assert one fact, that my Husband was so conscientious in the discharge of all public duties that he never acted without due consideration & with a firm belief that he was right & just. For your good wishes for myself & your high veneration for the memory of my lamented Husband, I tender you my thanks...' Joseph Knox Walker studied law with the former president, and was briefly his law partner in Columbia, Tennessee. Walker and his family lived in the White House during Polk's presidency. Faint stain at lower right and on verso otherwise near fine.