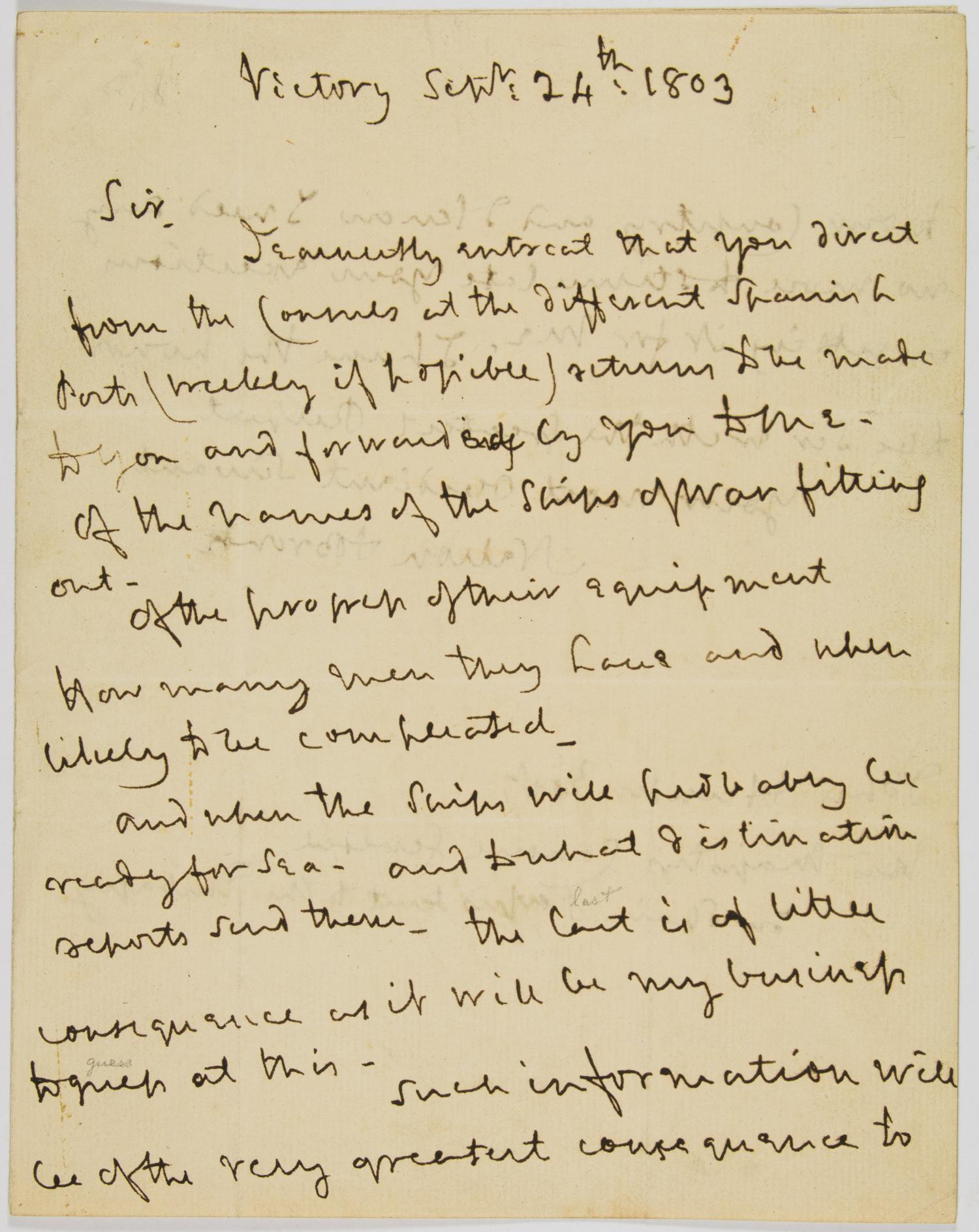 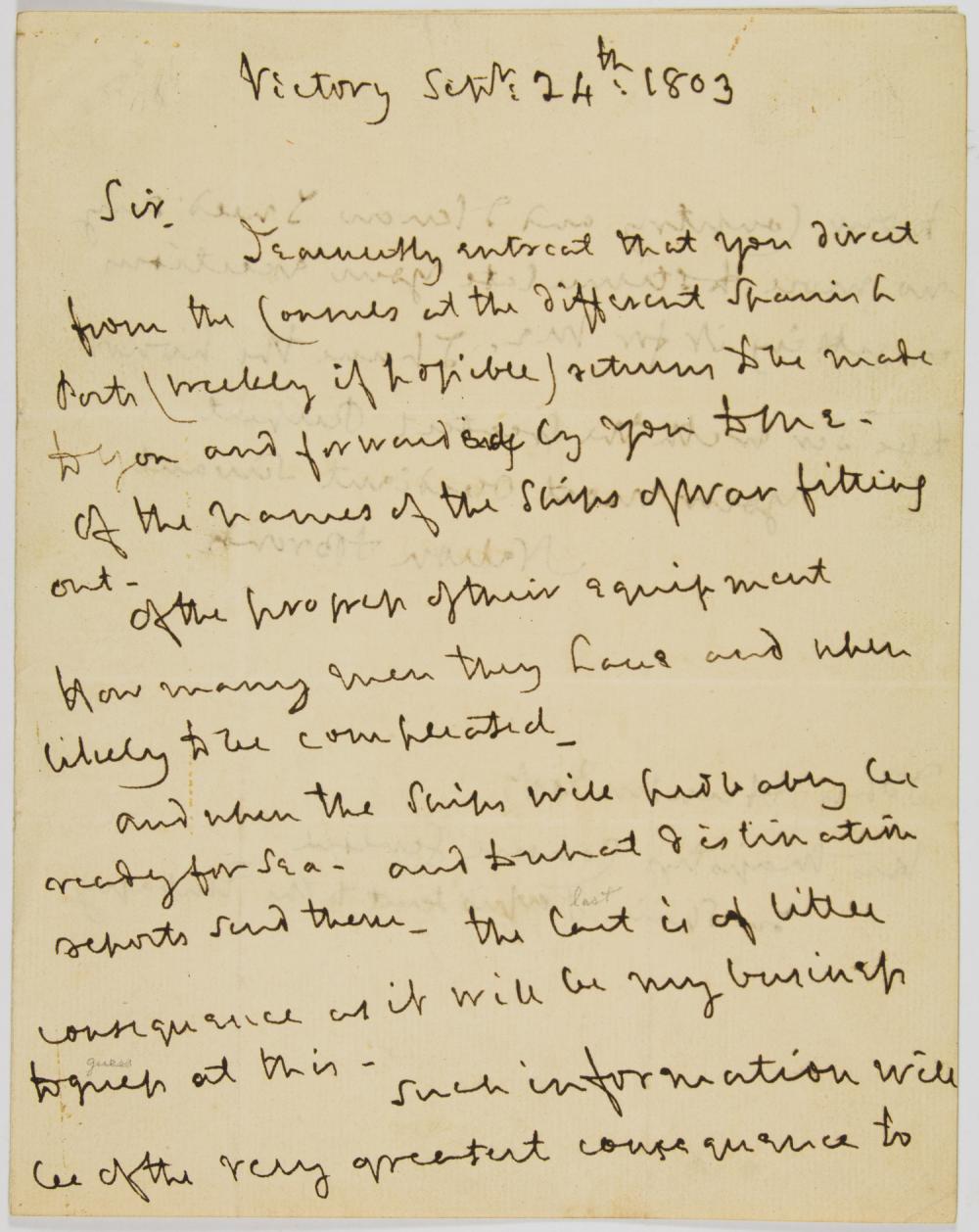 (1758 - 1805) British naval officer whose brilliant tactics made the British fleet victorious in battles against the French at the Nile and Trafalgar where he was mortally wounded by a sniper. Fine content A.L.S. 'Nelson & Bronte', 2pp. 4to. with blank integral leaf, written aboard the 'Victory', probably while off the French Mediterranean coast, Sept. 4, 1803. Shortly after returning to sea after a two-year leave, Nelson was ordered to Malta to take command of a squadron there before joining the blockade of Toulon. He arrived arrived off Toulon in July 1803. In this letter, not seen for at least 60 years, the great admiral seeks information on the construction and fitting out of vessels in Spanish ports, not only for the Spanish navy but no doubt with the knowledge that some might be crewed by Frenchmen for use in a potential attack on the British blockade from the rear. Nelson writes to 'John Hunter, Esqr. His Majesty's Consul General in Spain...' In part: '...I earnestly entreat that you direct from the Consuls at the different Spanish Ports (weekly if possible) returns to be made to you and forwarded by you to me - of the names of Ships of War fitting out - of the progress of their equipment How many men they have and when likely to be compleated - and when the ships will probably be ready for sea - and to what destination reports send them. The last is of little consequence as it will be my business to guess at this. Such information will be of the very greatest consequence to our Country and Honor. I need say no more...' Boldly written and in exceptional condition. Of course, a little more than a year later, Spain would throw its lot in with France, and their two navies would fatefully clash with the British at Trafalgar. Last auctioned as part of the Charles T. Jeffery Library in 1936 for $160.