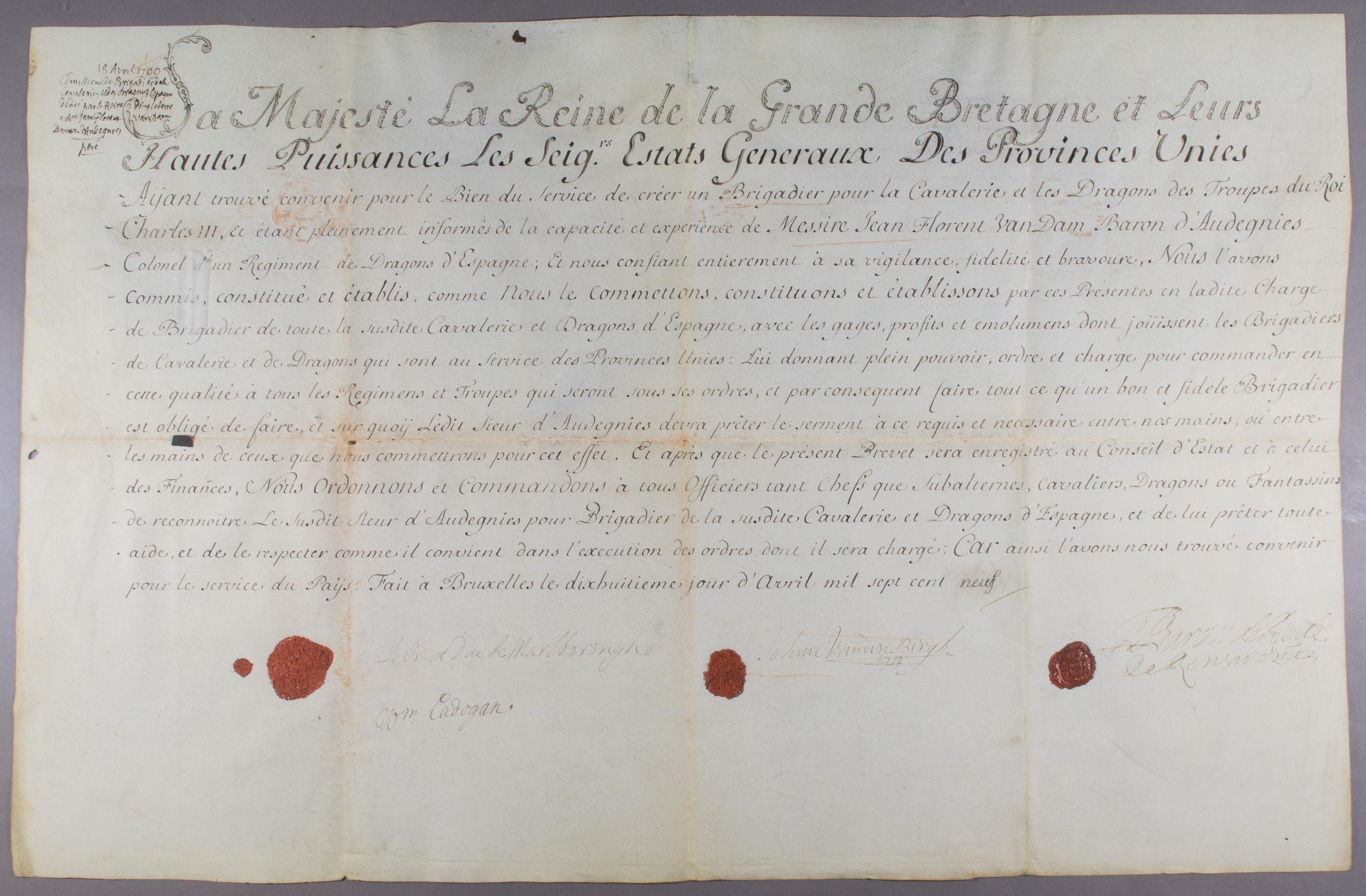 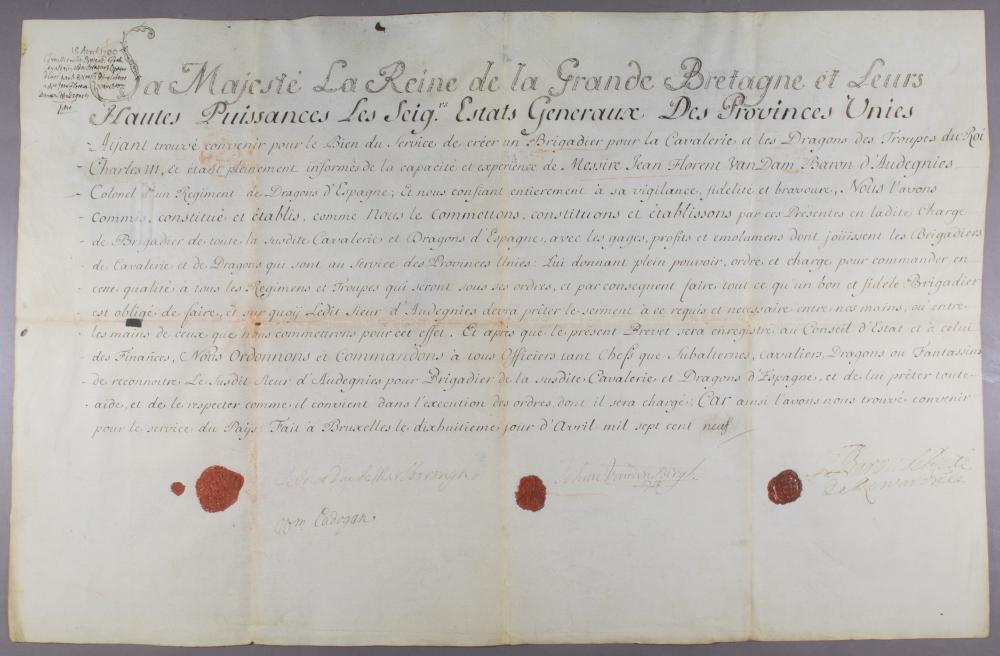 (1650 - 1722) English soldier and statesman whose career spanned the reigns of five monarchs. Rising from a lowly page at the court of the House of Stuart, he served James, Duke of York, through the 1670s and early 1680s. Churchill's role in defeating the Monmouth Rebellion in 1685 helped secure James on the throne. Good content manuscript D.S. 'Le Pr. et Duc De Marlborough', 1p. 24 x 15.25 in. vellum, Brussels, April 18, 1709, in French. Not fully translated, but it appears that Marlborough approves the elevation Jean Florent Van Dam, Baron d'Audegnies, to the rank of 'Brigadier of Cavalry and Dragoons of Spain'. Marlborough signs at lower left, just above the signature of WILLIAM CADOGAN, 1st Earl Cadogan, a British army officer whose active military service began during the Williamite War in Ireland in 1689 and ended with the suppression of the 1715 Jacobite Rebellion. A close associate and confidant of the Duke of Marlborough, he was also a diplomat and Whig politician. A strong supporter of the Hanoverian Succession, he took part in the suppression of the 1715 Jacobite Rebellion and succeeded Marlborough in 1722 as Master-General of the Ordnance and senior army commander. Heavy folds