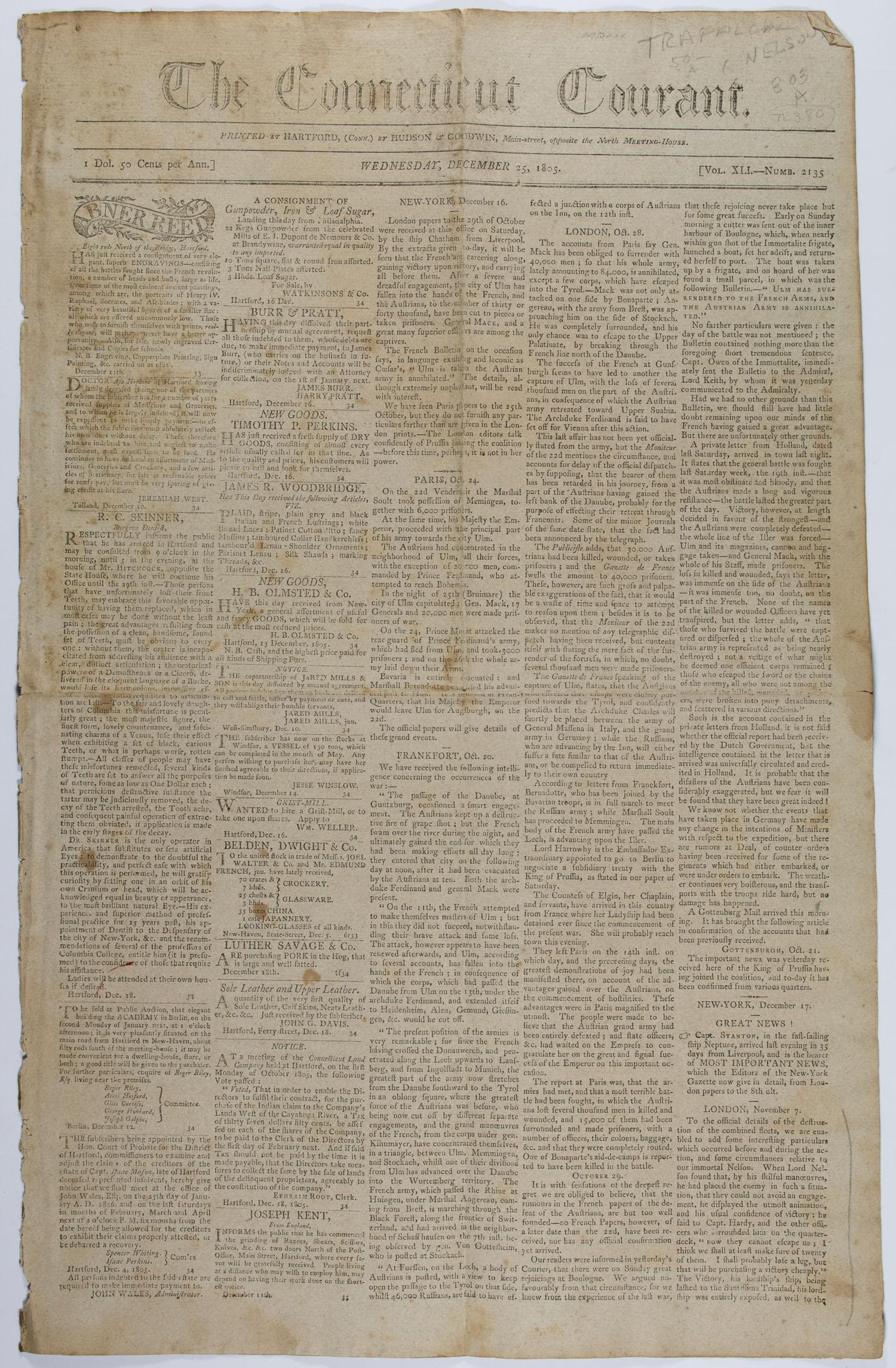 An original issue of 'The Connecticut Courant', generally known as the oldest continuously published newspaper in the U.S. (now known as The Hartford Courant), discussing the events of the Battle of Trafalgar that took place a few weeks before on October 21, and the death of Admiral Horatio Nelson (1758-1805), 4pp. 12.5 x 20 in., Hartford, December 25, 1805. In part: '...We are engaged to adds some interesting particulars which occurred before and during the action...When Lord Nelson found that, by his skillful maneuvers, he had placed the enemy in such a situation that they could not avoid an engagement he displayed the utmost animation and his usual confidence of victory. He said to Capt. Hardy and the other officers who surrounded him on the quarterdeck, 'Now they cannot escape us. I think we shall at least make sure of twenty of them, I shall probably lose a leg but that will be purchasing a victory cheaply.'...shortly after a musket ball...grazed his lordships shoulder and entered his left breast....he was immediately carried below and surgeons pronounced the would mortal...His lordship lived about an hour... which time he remained perfectly collected and displayed the famed heroic magnanimity...a few minutes before he expired...he said 'I know I am dying. I could have wished to survive to breath my last upon British ground, But the will of God be done!...Thus died in the 48th year of age, the greatest commander that ever adorned the British Navy.' Slightly worn, with scattered stains, else fine.