Back to catalog
Lot 48 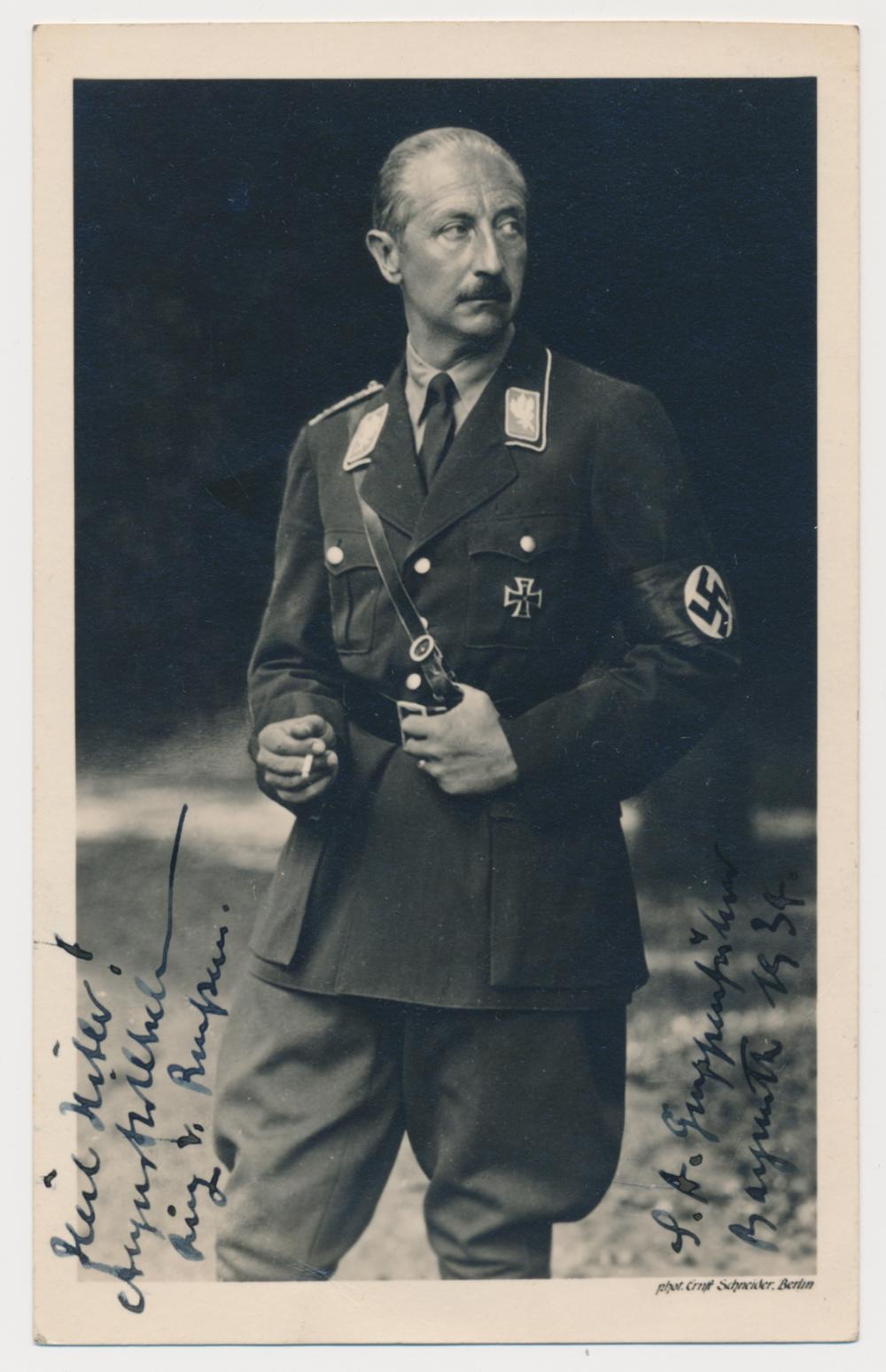 Description:
(1887 - 1949) Fourth son of Kaiser Wilhelm II; against his father's will, he joined the 'dangerous, revolutionary' NSDAP on April 1, 1930 and was used as a propaganda tool. Useless after Hitler's rise to power, he was denounced for making derogatory remarks about Goebbels and as the Russians closed in, he fled until captured by Americans. Died while awaiting trial by the Soviets. Superlative S.P. with A.L. on verso, 3.5 x 5.5 in. b/w, a three-quarter length pose in S.A. uniform signed: 'Heil Hitler! August Wilhelm Prinz v. Prussen S.A. Gruppenfuhrer Bayreuth 1934'. On the verso, he writes a length note to a 'Mr. Bagby' in Potsdam, in English. In part: '...I thought Bayreuth was beautiful again. I hope your party had a fine time at Garmisch...The Duke of [?] lent me the most interesting book about Queen Victoria and her son, that you gave to him...' Fine.