Back to catalog
Lot 47 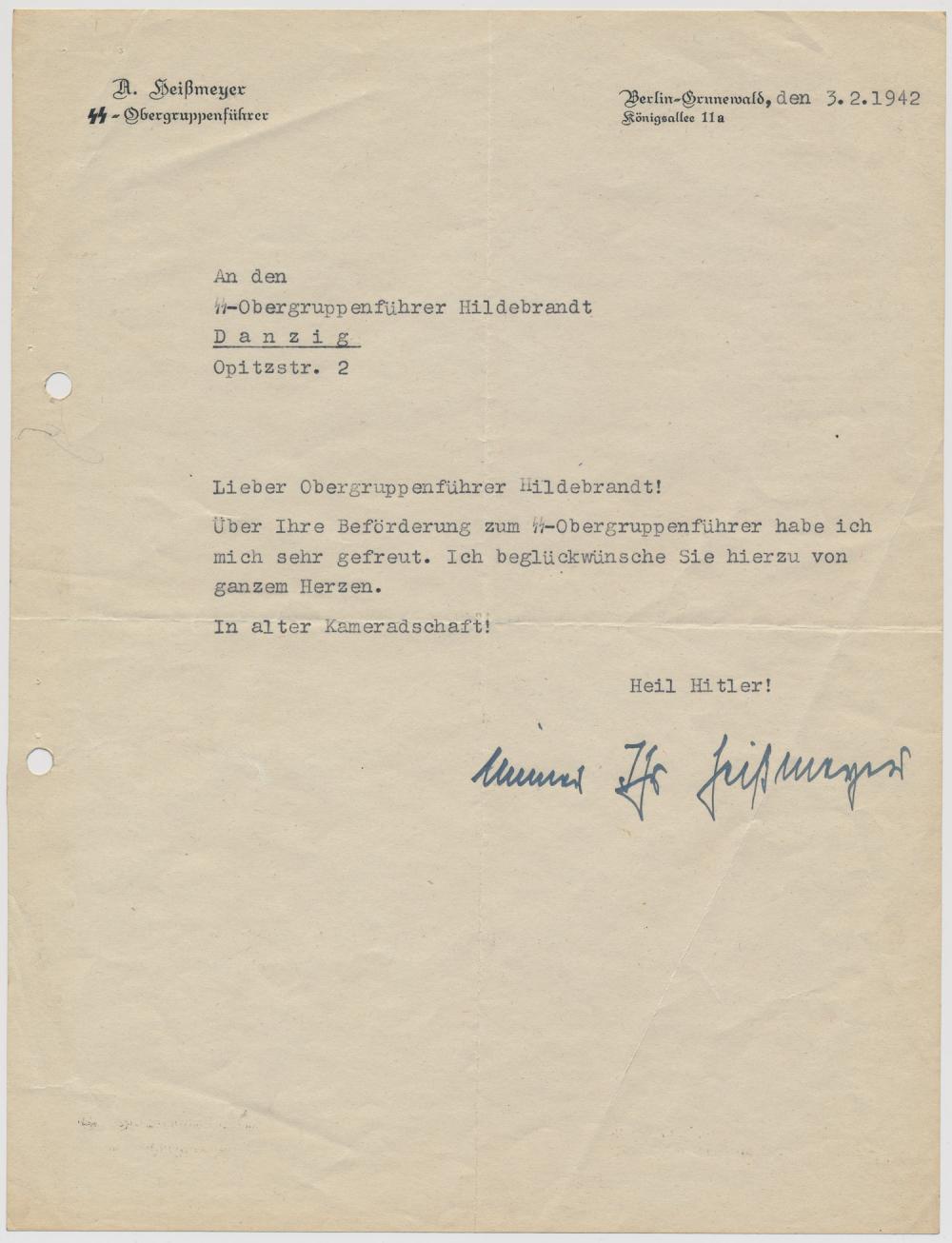 Description:
(1897 - 1979) Waffen-SS general, relieved Theodor Eicke who in 1939 had begun commanding a front line division. Heissmeyer was provisionally in charge of the inspection of concentration camps until relieved by Richard Glucks. Fine association T.L.S. on his personal SS-Obergruppenfuhrer letterhead, 1p. 4to., Berlin, Feb. 3, 1942 to fellow war-criminal RICHARD HILDEBRANDT (1897-1952) sending his congratulations upon the latter's having been promoted to the rank of SS-Obergruppenfuhrer. File holes, else fine. Richard Hildebrandt, a Nazi politician and SS-Obergruppenfuhrer, headed the SS Race and Settlement Office. He would be convicted of war crimes including resettlement of Germans in occupied territory after ejecting native families, kidnapping of alien children, forced abortions, utilization of enemy nationals as slave labour, and more. Hanged by the Poles.