Back to catalog
Lot 49 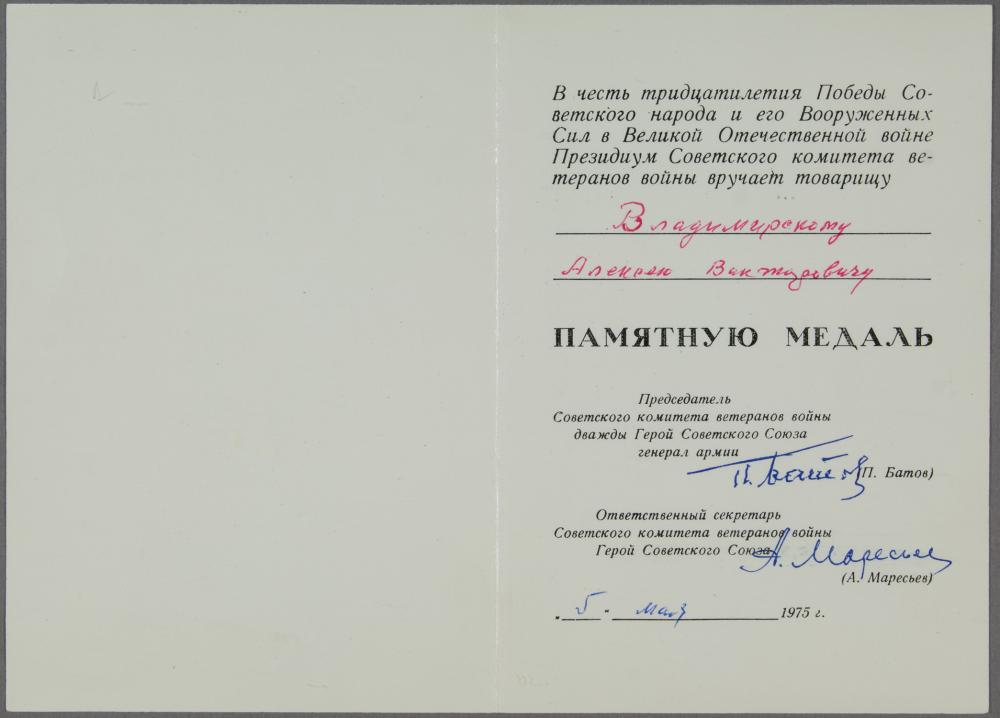 Description:
A scarce gold-tone hanging medal issued in 1975 by a society of World War II veterans, measuring 1 1/8 in. dia. with an image of Stalin on the front. Accompanied by a folded pamphlet signed by two notable World War II veterans: celebrated Russian ace ALEXEY PETROVICH MARESYEV (1916-2001), Soviet fighter pilot whose plane was shot down in 1942 and his injuries proved so severe that he had both legs amputated. Miraculously, he returned to flight in 1943 and was awarded the Gold Star of the Hero of the Soviet Union, the highest military honor. Additionally signed by PAVEL IVANOVICH BATOV (1897-1985), Soviet brigade commander who took part in the 1939 invasion of Poland and 1940 invasion of Finland, later fighting in the battle of Kursk. Light wear to medal and pamphlet, overall very good condition.