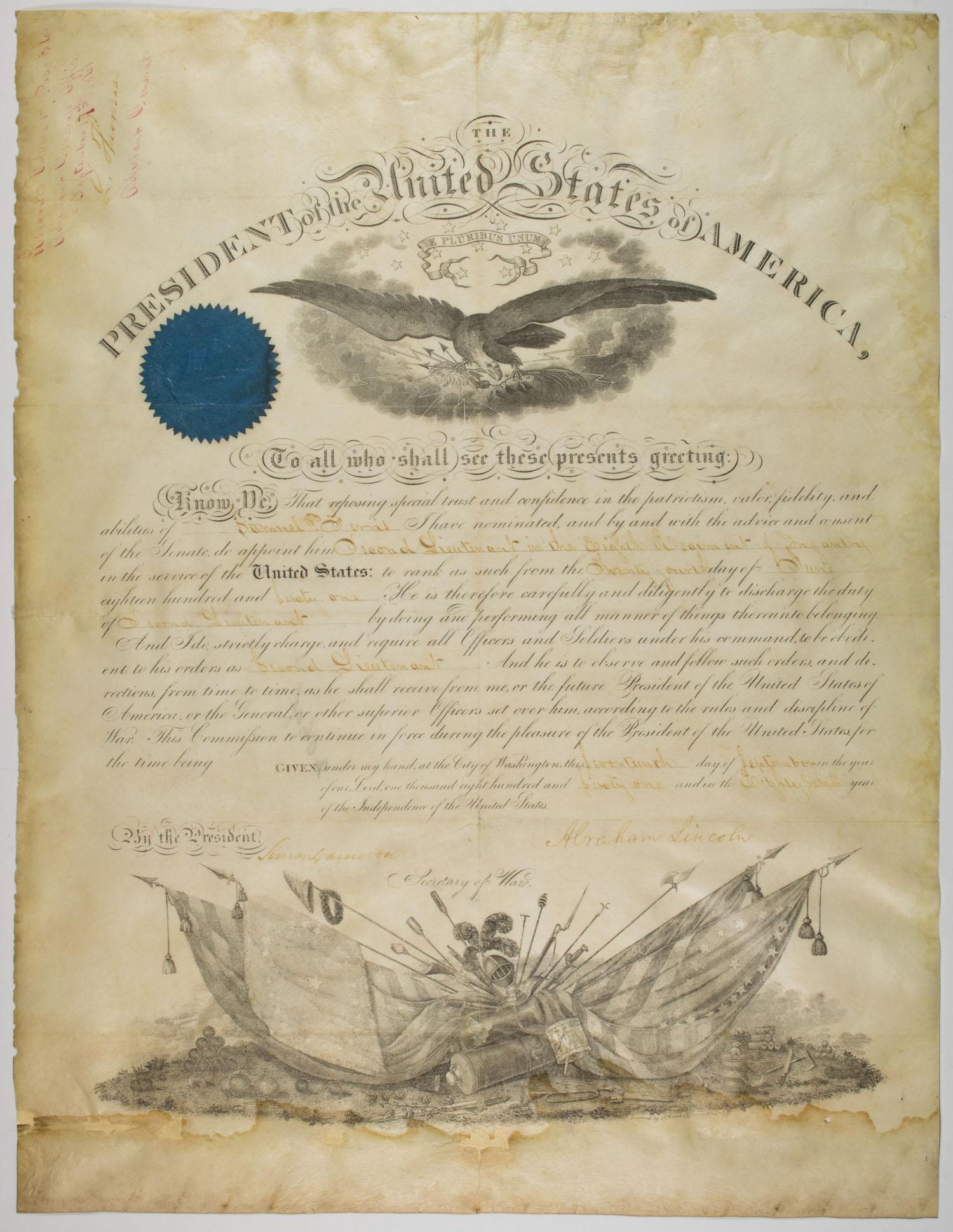 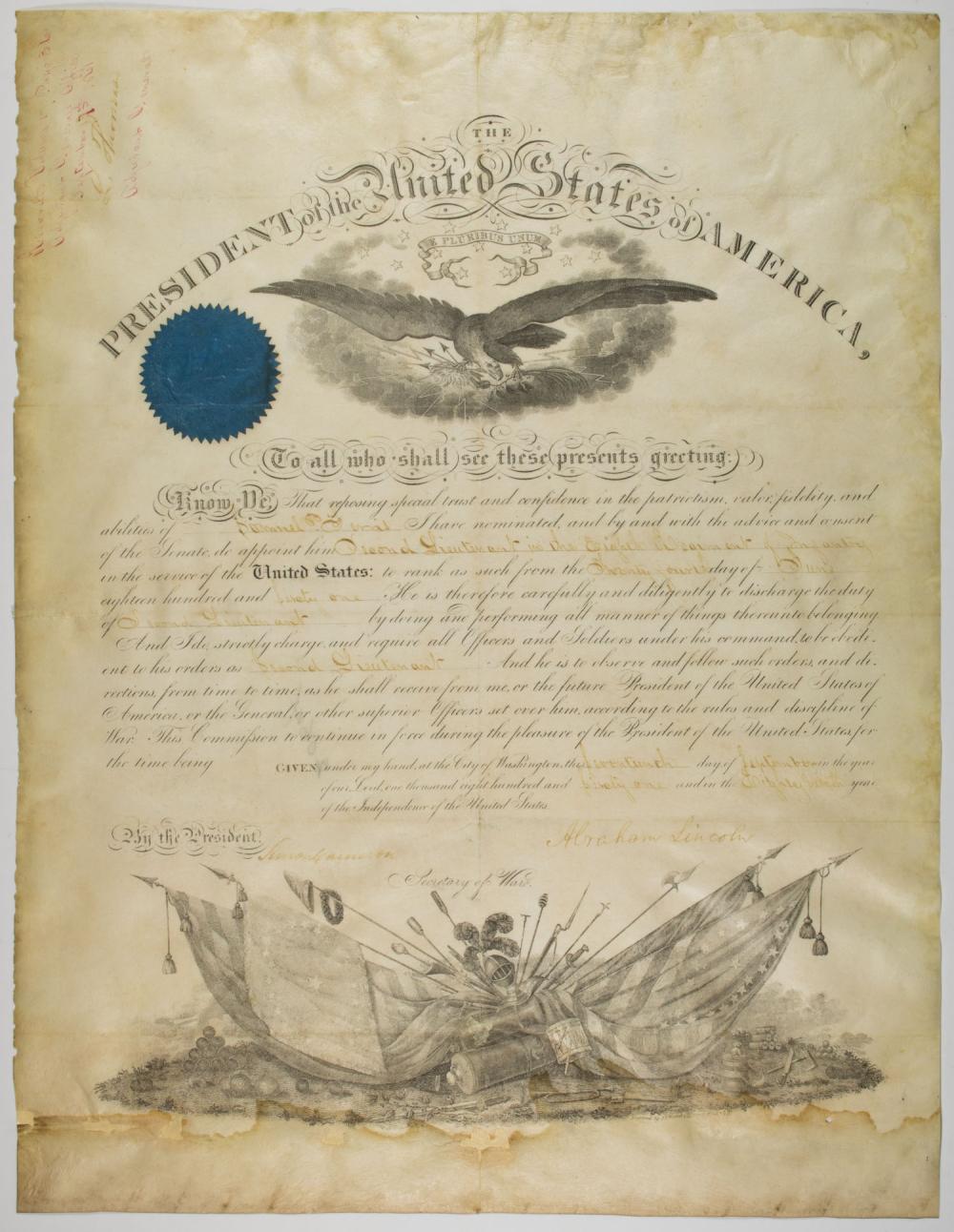 
(1809 - 1865) Sixteenth President of the United States who led the Union through the Civil War and emancipated the slaves, assassinated. Partly-printed D.S. 'Abraham Lincoln' as president, 1p. folio parchment, Washington, Sep. 17, 1861, the appointment of Samuel P. Ferris to serve as 'Second Lieutenant in the Eighth Regiment of Infantry'. Signed by Lincoln at bottom, co-signed by Secretary of War SIMON CAMERON (1799-1889). Signatures and engrossment are light but all legible, Lincoln's rating about 5/10. Damp stains at margins, most notably at bottom. Estimated accordingly. Ferris was commissioned Colonel of the nine-month 28th Connecticut in November 1862. The regiment was posted to the District of West Florida through May 1863 when it joined the 19th Corps, Department of the Gulf, for operations in Louisiana. Assigned to the 1st, Brigade, 3rd Division, Colonel Ferris commanded his regiment during the first forlorn attack on Port Hudson on May 27th. He assumed brigade command and led the brigade during the grand assault of June 14th and was present for the surrender. Later in the war, Ferris assumed command of a battalion of the 8th Infantry then in the trenches before Petersburg. In October, at Boydton Plank Road, Ferris earned his second brevet to major. He remained in the military actively fighting Indians in the West until his death in 1882.