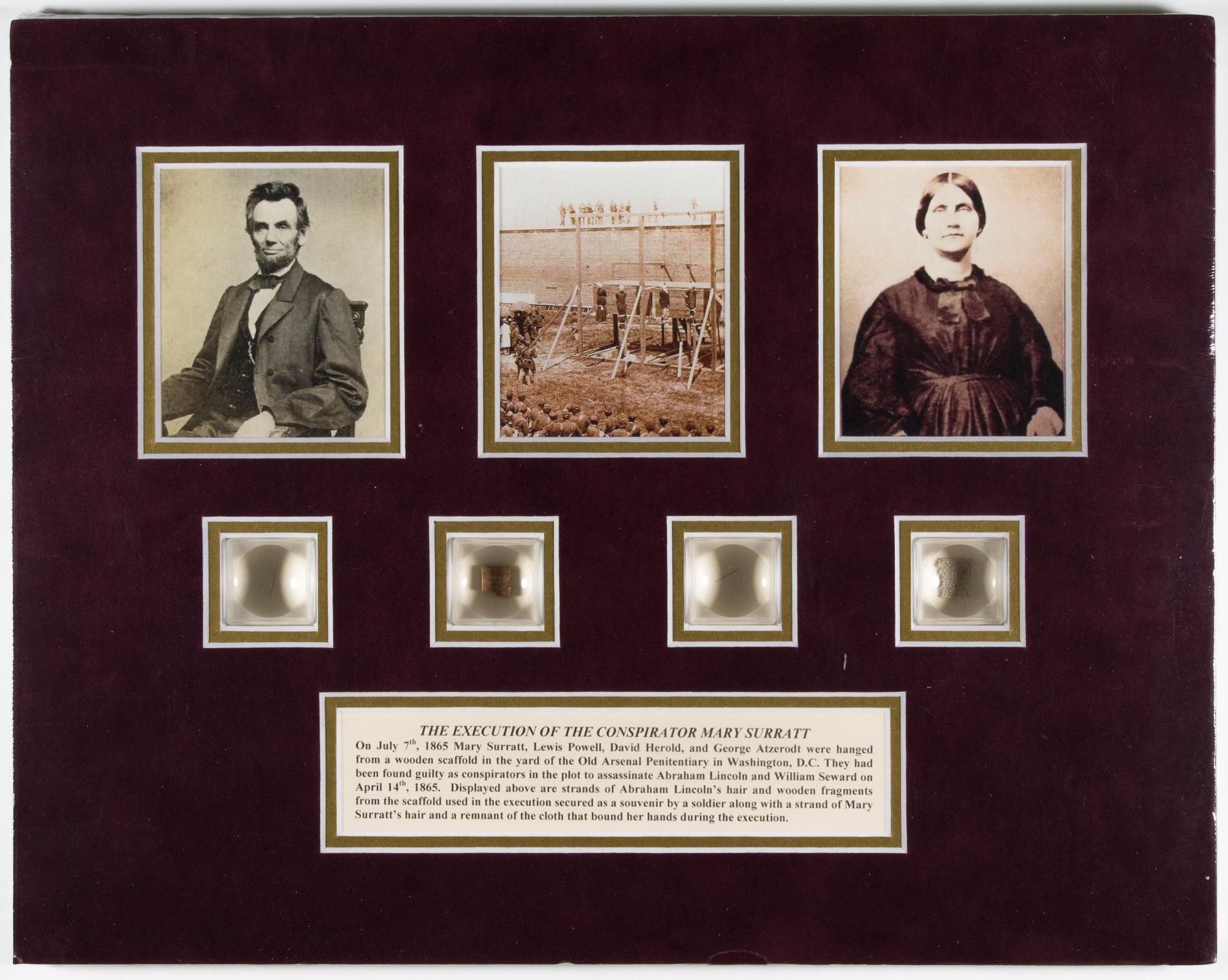 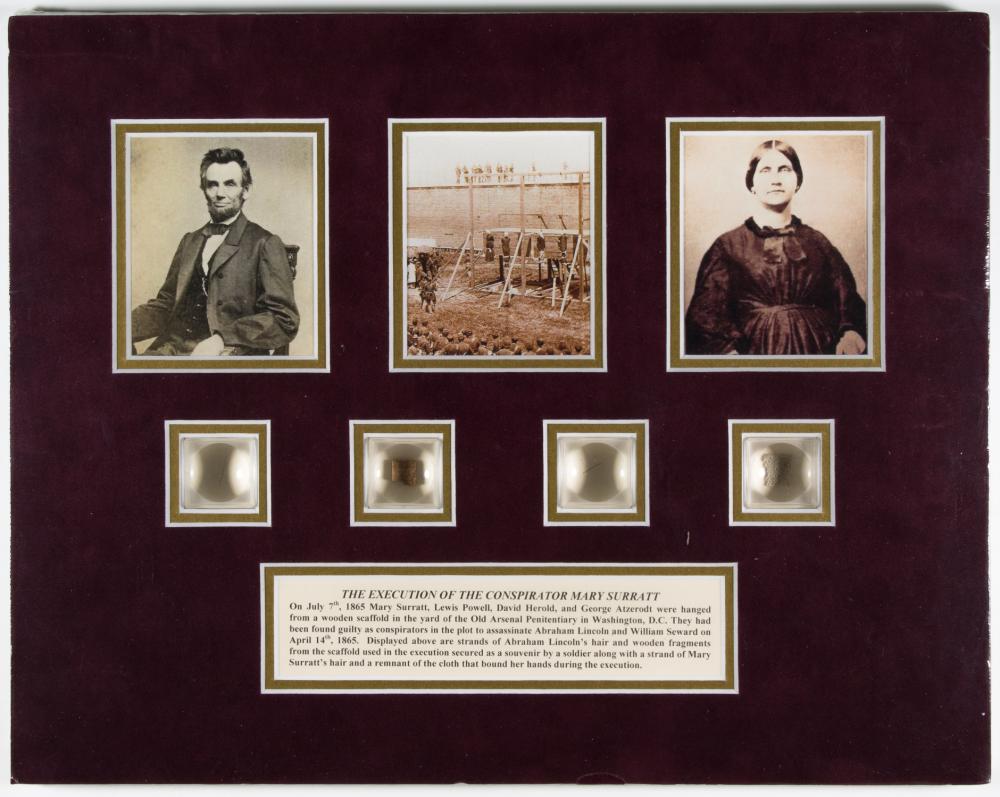 
A fine ensemble of relics related to the assassination of Abraham Lincoln and the execution of Mary Surratt (1823 - 1865), an American boarding house owner who was hanged for her role in the plot, becoming the first woman executed by the United States federal government. The ensemble includes tiny locks of two strands of Abraham Lincoln's hair, one strand of Surratt's hair, a fragment of the wooden scaffold used in her execution, and a remnant of the cloth used to bind her hands, each contained within a small magnifying case and matted beneath printed images of their respective owners and an printed view of the execution of Surratt and her co-conspirators. Lincoln's hair originated from a lock of hair given from the President to Mrs. Caroline Wright, the wife of the Governor of Indiana, and went for sale at Christie's Auction House in New York in 2002. The wooden fragments from the scaffold, according to the display's certificate of authenticity, likely came from one of the guards whom scavenged the execution site or a relic hunter, as historical accounts indicate that '...despite the strong cordon of guards, one man soon appeared with a handful of chips from the gallows...' The cloth remnant was removed by a guard, whom indicated that it was used to bind her arms during the execution. Surratt's hair was found in the 1865 diary of prison guard Samuel Curtis, whom enclosed the hair in a small envelope written in his hand. The ensemble comes with a Certificate of Authenticity from renowned militaria dealer Cary J. Delery. In 2020, a lock of Lincoln's hair brought $80,000 at auction!