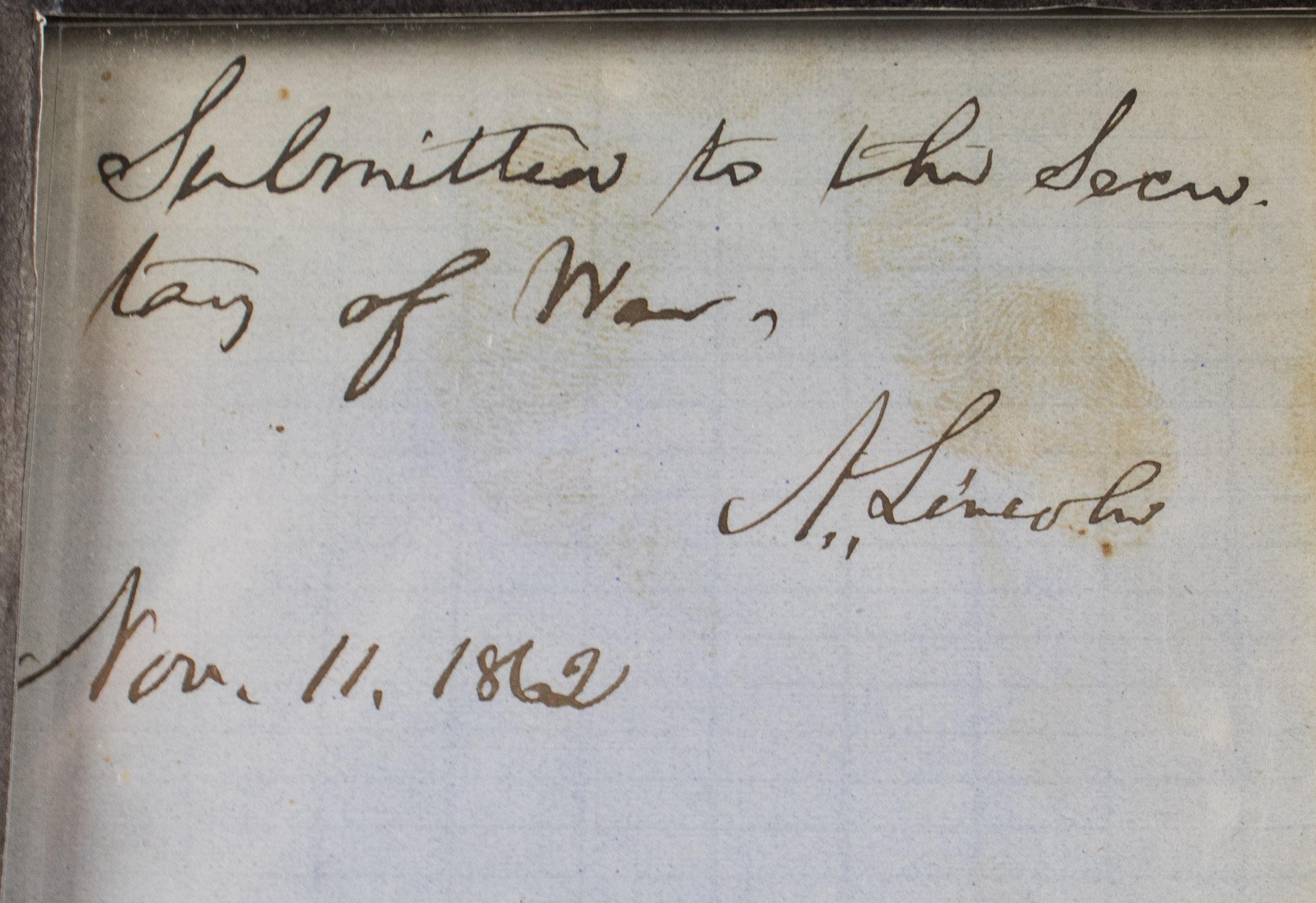 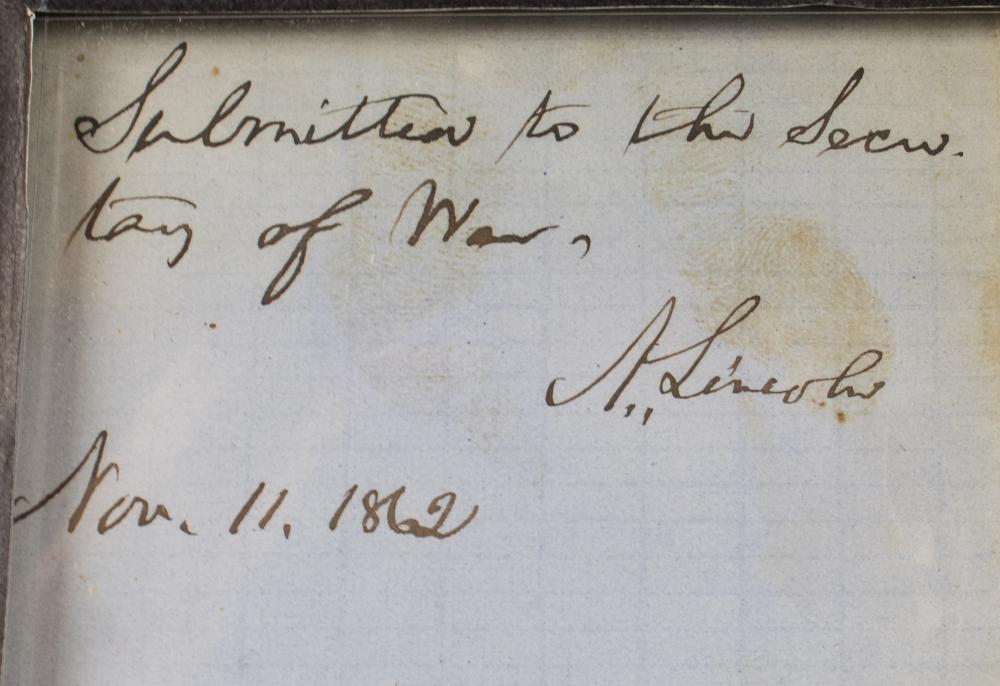 
Fine association A.E.S. on the verso of a rare, war-date letter sent to him by Union Brigadier Gen. Robert L. McCook (1827-1862). McCook's letter is an A.L.S., 1p. 4to., written from 'Head Quarters 9th Ohio Regiment at Camp Tuscumbia, Al', July 10, 1862. McCook recommends a man in his command for promotion, in part: '...an effort is to be made to obtain J. Anton Gutzlib a commission in the army...I have Known the young man for fifteen months...He Enlisted in my Regiment the 9th Ohio immediately upon the breaking of the war as a private soldier: and has served in it ever since in Western Va. Eastern Kentucky Tennessee and Mississippi. His conduct and bravery has always been soldierly and manly. At the Battle of Mill Springs I saw him two or three times he behaved handsomely...' On the verso, Lincoln writes in black ink: 'Submitted to the Secretary of War. A. Lincoln Nov. 11, 1862' Very fine condition. McCook would be killed by Confederate guerrillas as he lay in an ambulance, less than a month after writing this letter. A week before Lincoln signed his endorsement, he had fired McCook's old superior, George B. McClellan. Matted in blue cloth with blue and gilt wood, with glass on both sides and a swivel. Set among brass explanatory plaques and a color portrait - a very nice presentation.