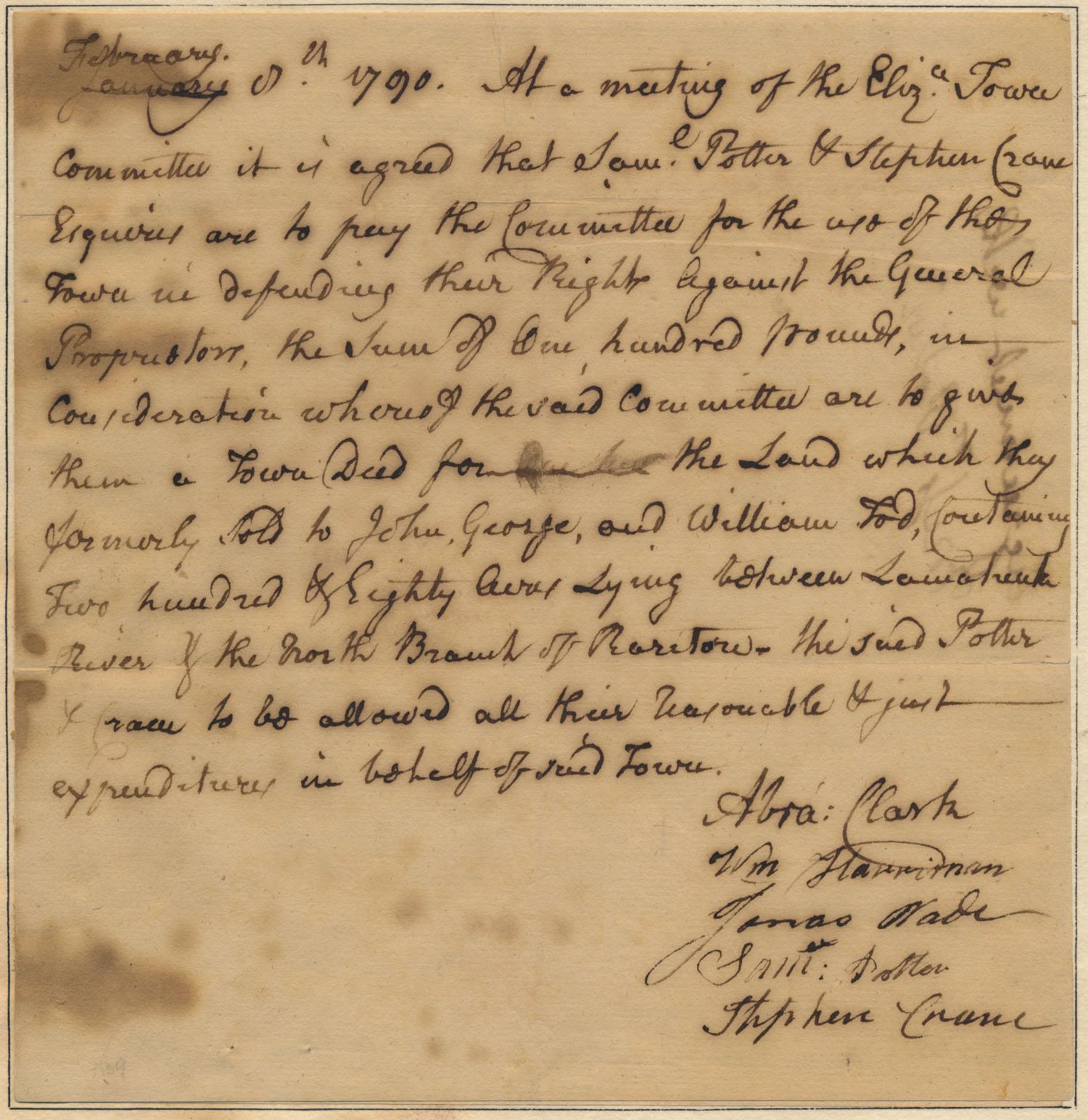 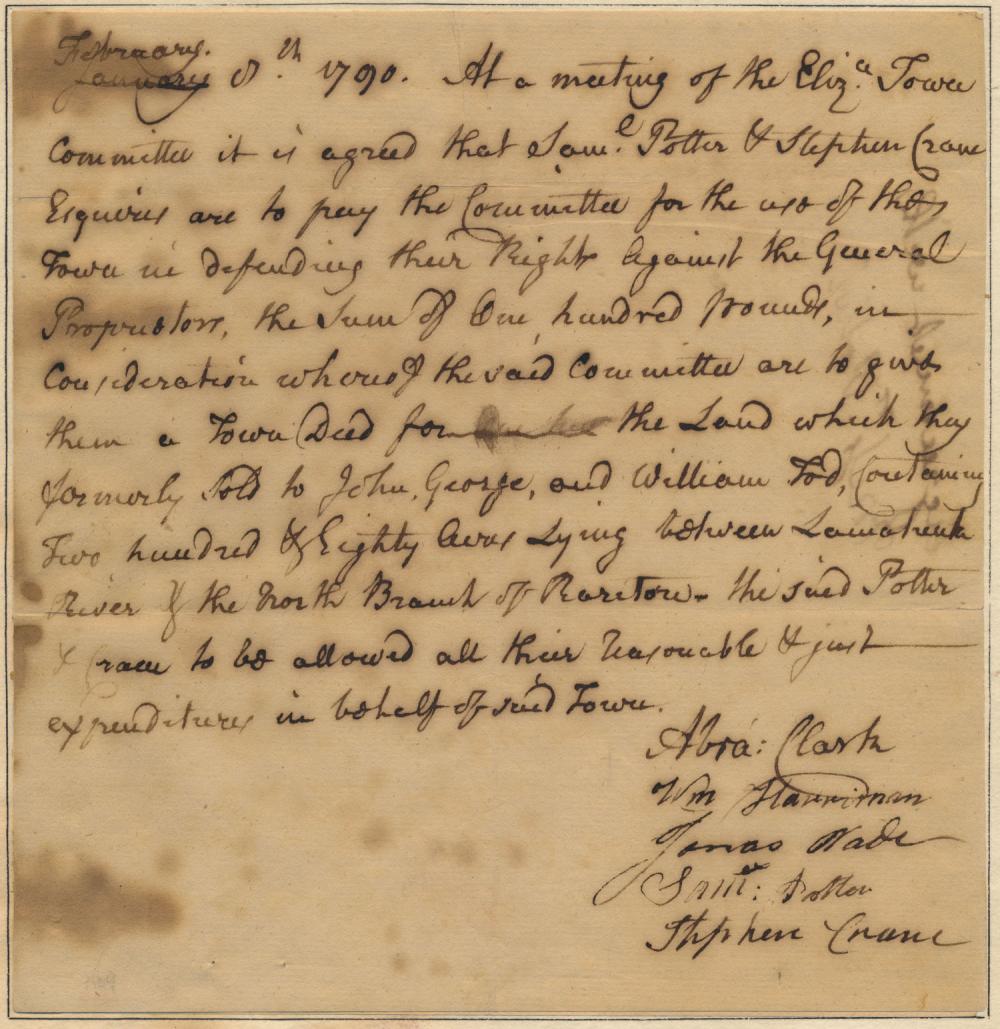 ABRAHAM CLARK
(1726 - 1794) American politician, a New Jersey Signer of the Declaration of Independence and a member of Congress. Scarce A.D.S. 'Abra: Clark', 1p. 8vo., [Elizabethtown, New Jersey], Feb. 5, 1790. While serving on the town committee of his hometown of Elizabethtown, Clarks pens an agreement regarding a land dispute. In part: '...At a meeting of the Eliz. Town Committee it is agreed that Saml. Potter & Stephen Crane Esquires are to pay the Committee for the . . . Town in defending their Right Against the General Proprietor, the Sum of One hundred pounds, in consideration whereof the said Committee are to give them a Town Deed for the Land which they formerly sold . . . Containing Two hundred & Eighty Acres...' Boldly signed by Clark at conclusion, also by fellow committee members William Harriman, James Wade, Samuel Potter, and Stephen Crane. Some foxed spots at upper and lower left corners, light show-through of some writing on verso. Blank integral leaf is expertly inset into a larger leaf, affecting nothing: the signed page could simply be excised for framing. Overall very good to near fine.