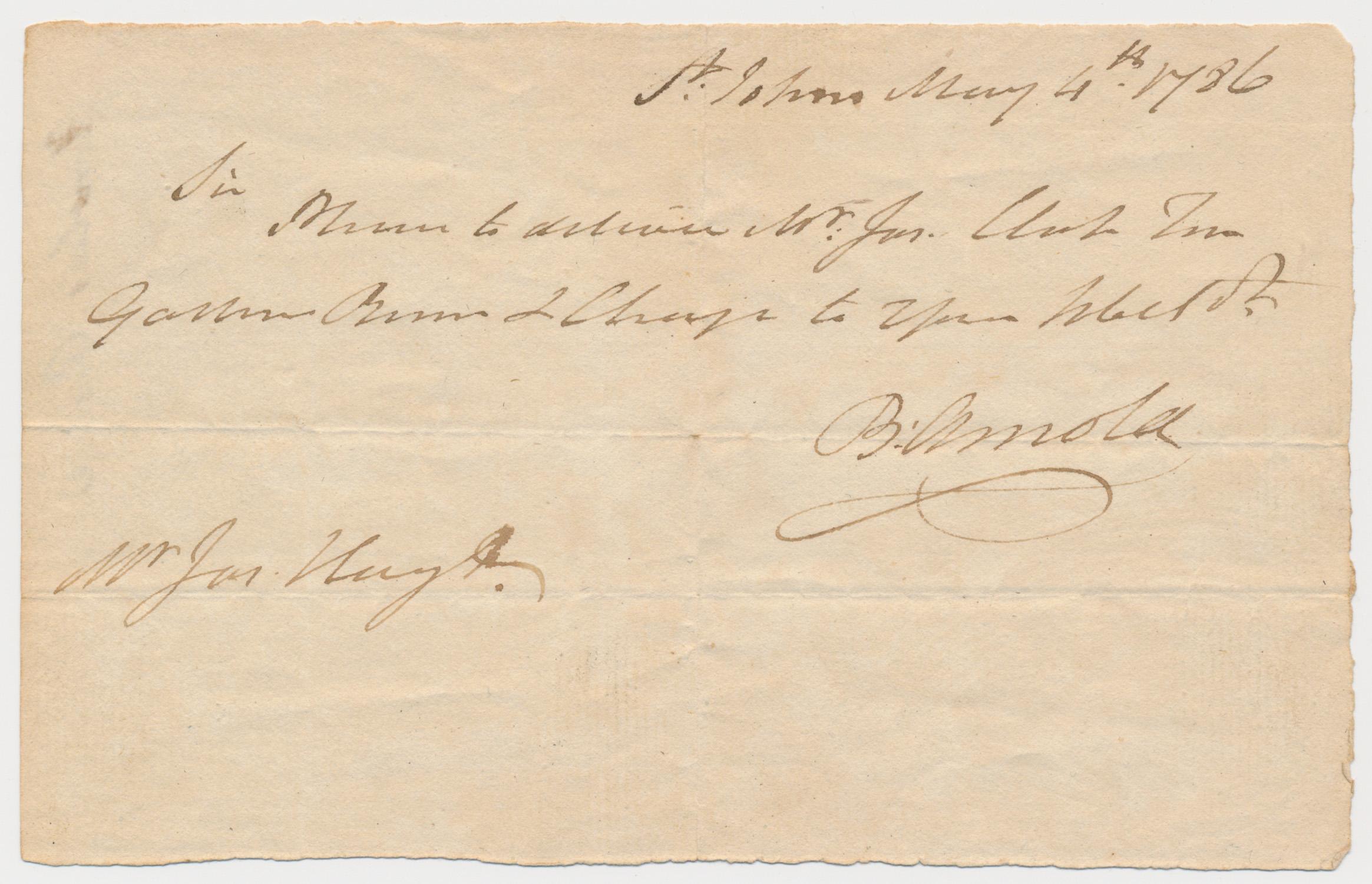 (1741 - 1801) Revolutionary War major general and traitor, he repulsed the British in the Mohawk Valley and fought Burgoyne at Saratoga. Arnold's plot to surrender West Point to the British was discovered, and thereafter he led British raids in Virginia and Connecticut. Brief A.L.S. 'B. Arnold', 1p. 6.25 x 4 in., 'St. Johns', May 4, 1786 to 'Jas. Hugh[?]' In part: 'Please to deliver Mr. Jas. Clark Two Gallons Rum & Charge your [illeg., poss. 'to Coll'or']...' Light folds, else near fine. After the British surrendered at Yorktown, Arnold returned to England but was disdained by the army there and was unable to find a command. He left in 1785 and settled in Saint John, New Brunswick, surrounded by fellow loyalists who had also fled the colonies. Arnold began to rebuild his fortunes, but his professional and legal behavior was such that at one point a mob assembled before his house and burned him in effigy. Too much for Arnold and his family, they re-crossed the Atlantic and again settled in London in 1791.