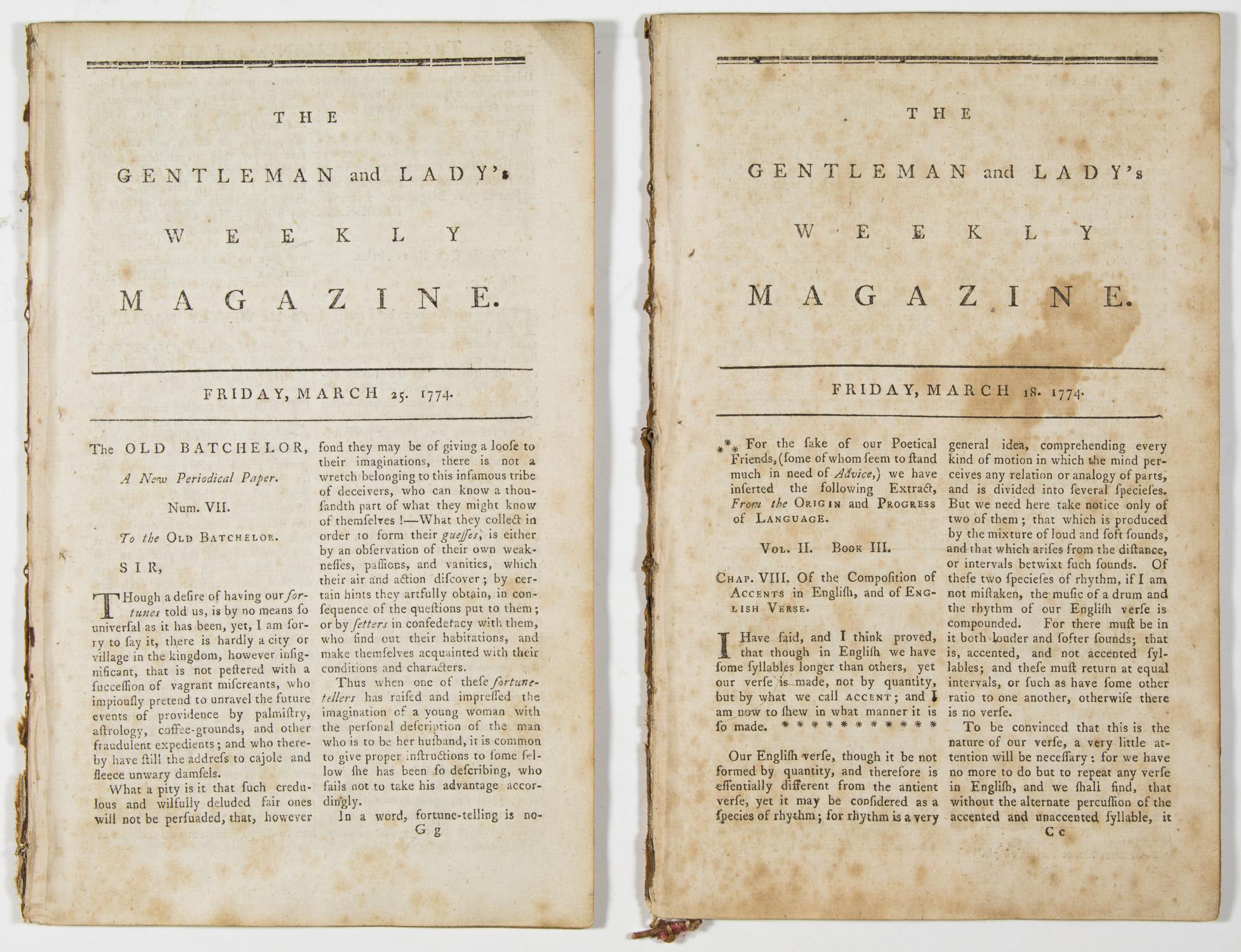 Good pair of 'Gentleman and Lady's Weekly Magazines', each 30pp. 8vo, dated March 18 and 25, 1774, detailing the aftermath of the Boston Tea Party. The first notably describes threatening anti-Tea Party broadsides hung throughout Boston, calling for tarring and feathering the perpetrators. The article reads, in part: '...the Tea Congress (those traitors to their country, butchers, who have done and are doing every-thing to murder and destroy) are determined to come and reside again in the town of Boston...give them such a reception as such vile ingrates deserve...JOYCE Jun., Chairman of the Committee for Tarring and Feathering...' The second example describes the event as '...illegal, unjust, and of a dangerous tendency...', and bears two pages of text describing the Parliament's response. Very good condition.