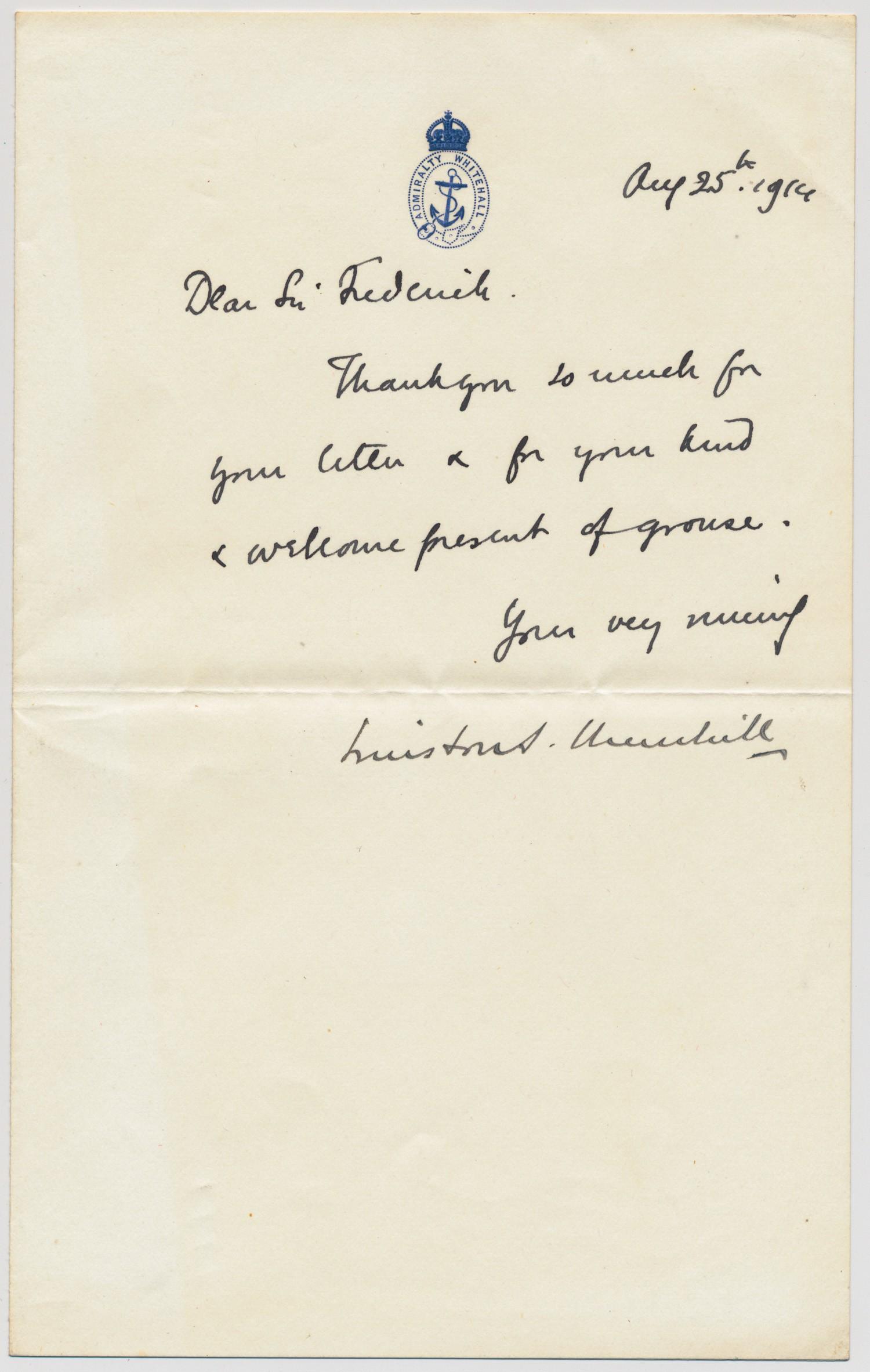 Description: WINSTON CHURCHILL
(1874 - 1965) British Prime Minister who led England through the Blitz and orchestrated the British liberation of occupied Europe and Germany. Churchill is today considered perhaps the greatest statesman of this century. Early L.S. 'Winston S. Churchill' as First Lord of the Admiralty, the political head of the English royal navy, 1p. 5 x 8 in., Admiralty House, August 25, 1914. Penned on Admiralty, Whitehall letterhead, Churchill writes to 'Sir Frederick'. In full: 'Thank you so much for your letter & for your kind & welcome present of grouse.' A few subtle wrinkles to blank portions, otherwise fine condition.After Russia failed to act on an ultimatum, Germany declared war on August 1, 1914, signaling the official beginning of World War I; previously neutral England entered the war three days later, on August 4 - just a few weeks before this letter was written.