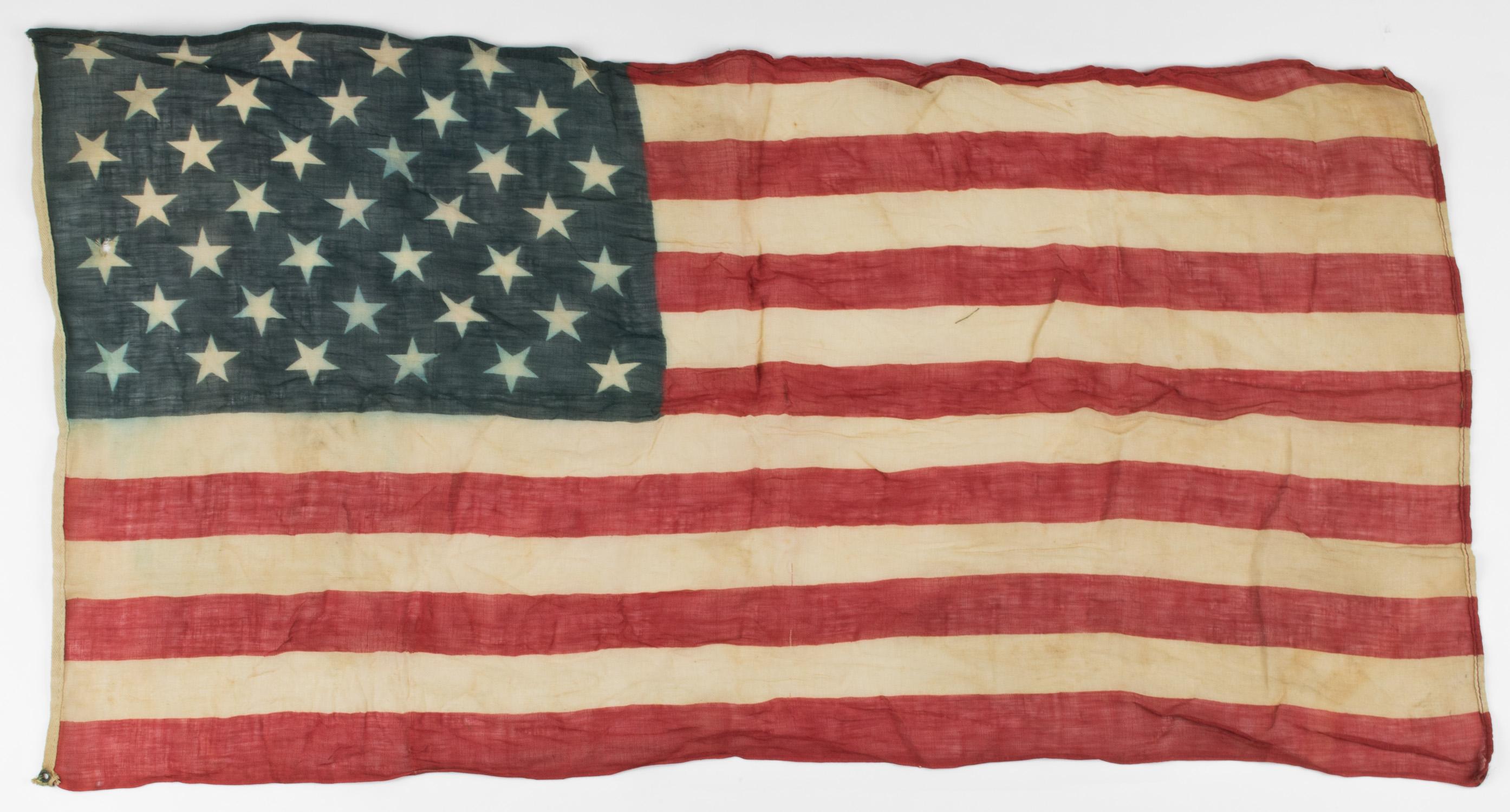 Description:
Scarce 39-star American parade flag, 34 x 19 in., printed on cotton bunting, with seven columns of stars arranged in a 6-5-6-5-6-5-6 pattern on the blue canton, likely created in the fall of 1889. Interestingly, there never was an 'official' 39-star U.S. flag; these flags were created by flag manufacturers who preemptively believed the Dakota Territory would be admitted as just one state, and that all others would be delayed until after the 4th of July. Itching to capitalize on July 4th profits, these flags were quickly considered outdated when the Dakotas, Montana and Washington were all made into states in November 1889, and Idaho was admitted July 3, 1890. The hoist end bears an added strip of white cloth, bearing two small metal grommets at each end. Small hole to one star, else very good. Directly from the estate of Prof. R. WAYNE SNIDER (1928 - 2020), a founder of Grace Theological Seminary and a Professor of History for over fifty years at Grace College in Indiana.