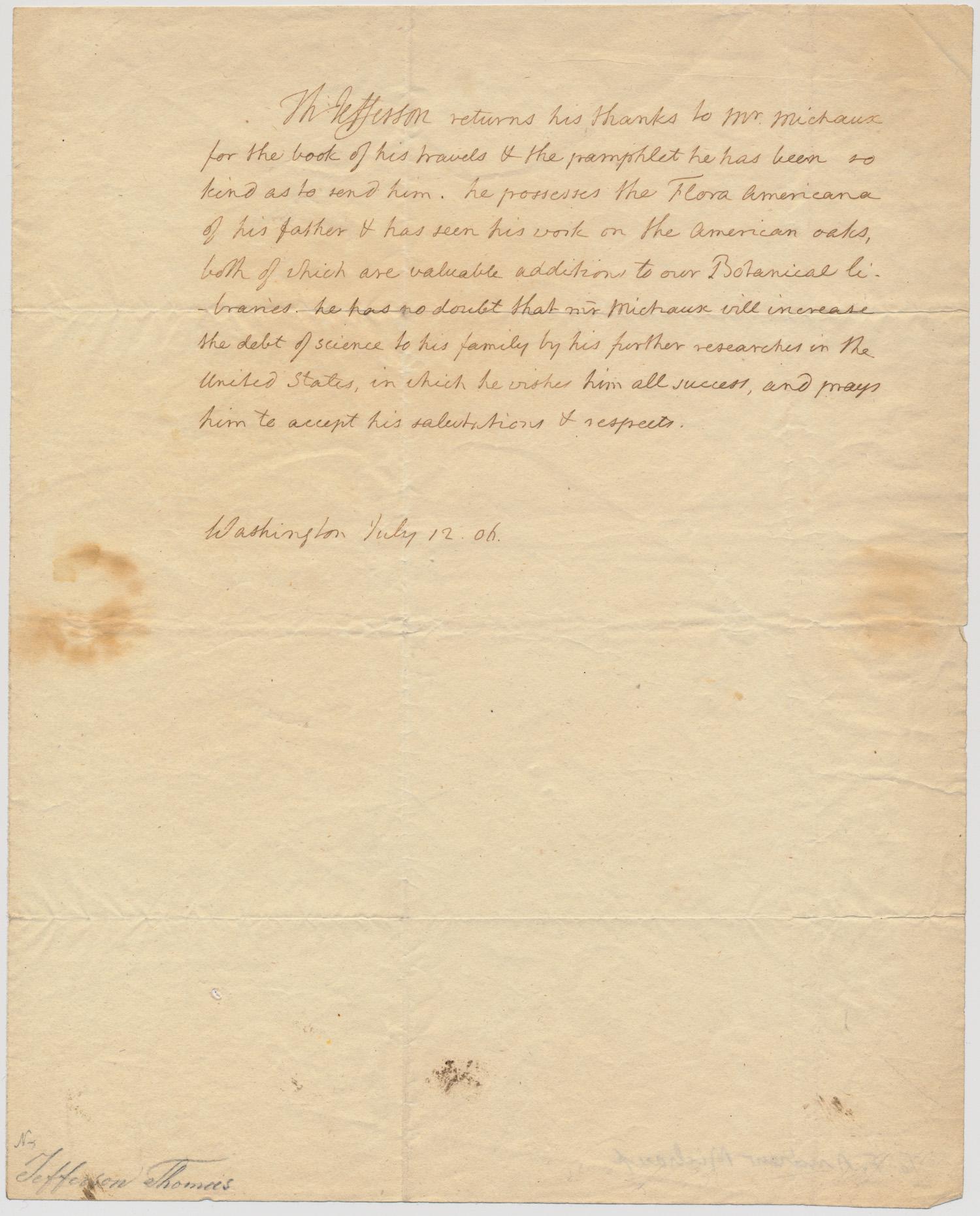 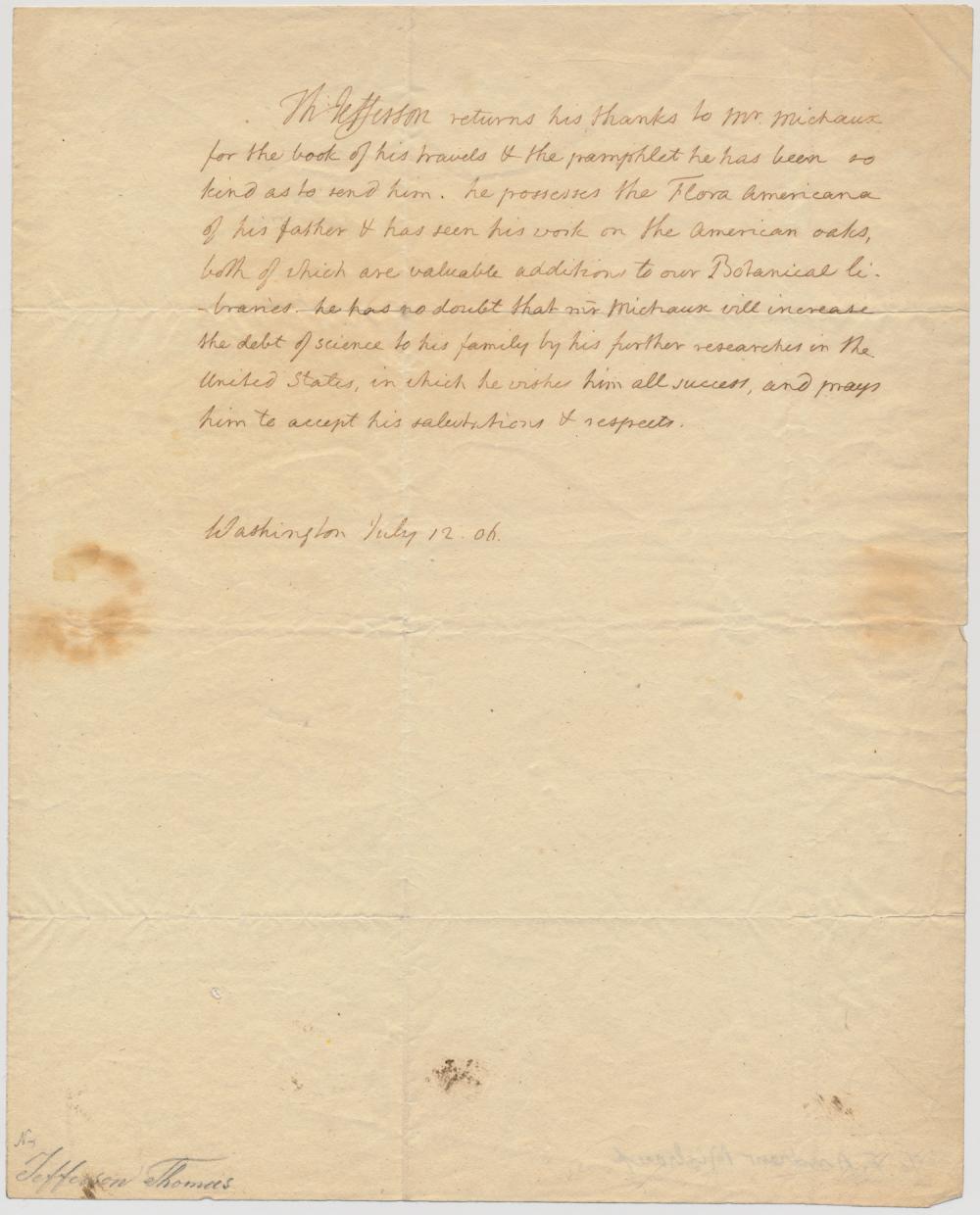 (1743 - 1826) Third President of the United States, author and signer of the Declaration of Independence, ceased the importation of slaves to America. Fine association A.L.S. 'Th: Jefferson' at the start of the text, AS PRESIDENT, 1p. 4to., Washington, July 12, 1806 to Francois Michaux (1770–1855), a noted French botanist, and son of botanist André Michaux. In part: 'Th: Jefferson returns his thanks to Mr. Michaux for the book of his travels & the pamphlet he has been so kind as to send him. He possesses the Flora Americana of his father [Andre Michaux] & has seen his work on the American oaks, both of which are valuable additions to our Botanical libraries. He has no doubt that Mr. Michaux will increase the debt of science to his family by his further researches in the United States, in which he wishes him all success...' Toned spot at left offset from the seal securing the letter, two small smudges at bottom, light folds, else near fine. Michaux accompanied his father to the United States, and his 'Histoire des arbres forestiers de l'Amérique septentrionale' (1810–13) contains the results of his explorations, giving an account of the distribution and scientific classification of the principal American timber trees east of the Rocky Mountains. His opus rapidly became a landmark in American literature and the foundation of American forestry. Jefferson had a lifelong fascination with the flora and fauna of Virginia and a reputation for a wide knowledge of botany and zoology. He also had a good relationship with Andre Michaux, whom he had instructed to explore a route to the Pacific years prior to the Lewis and Clark Expedition.