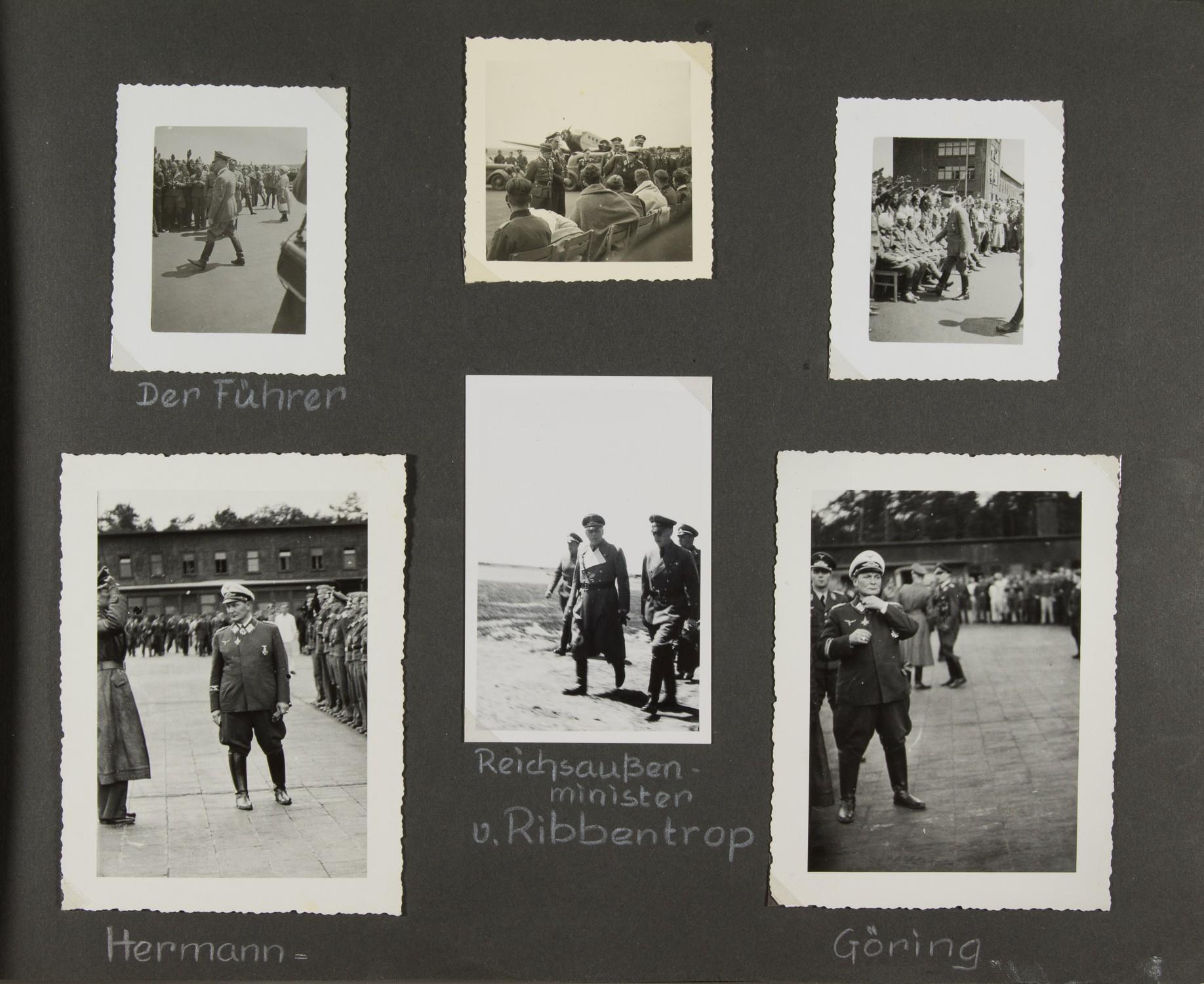 PHOTO ALBUM RECOVERED FROM THE FUHRERBUNKER 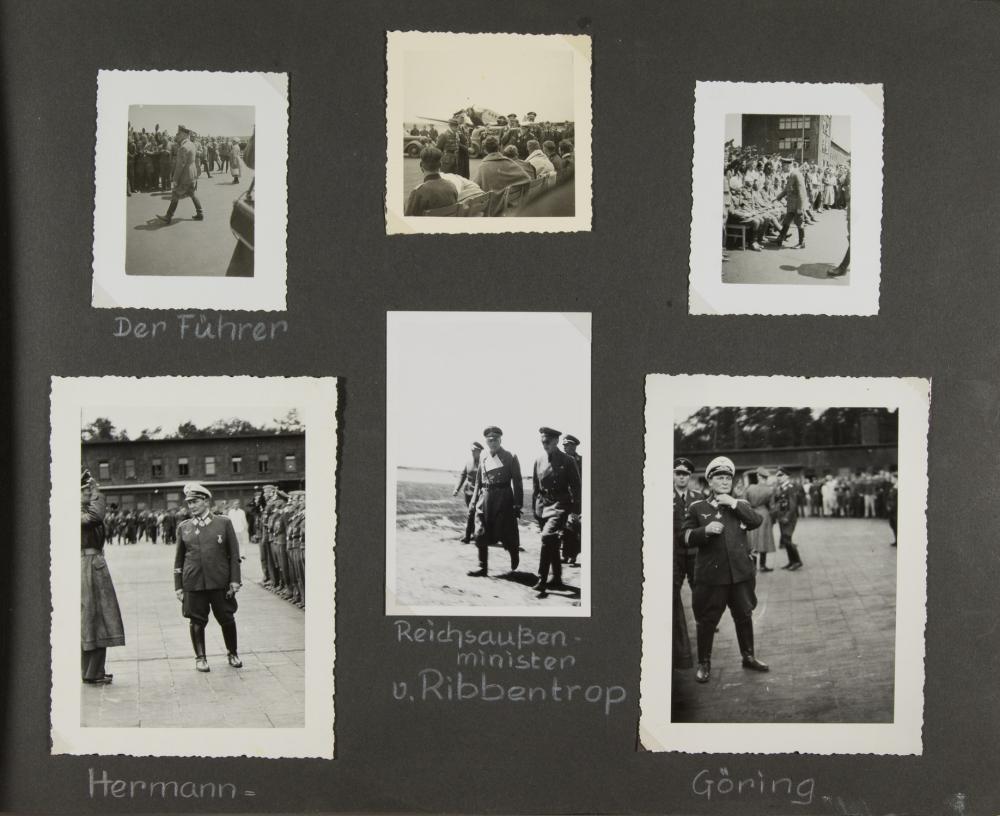 PHOTO ALBUM RECOVERED FROM THE FUHRERBUNKER

PHOTO ALBUM RECOVERED FROM THE FUHRERBUNKER
A truly one of a kind red leather photo album that was once the property of a Hitler's stenographer, Gerhard Herrgesell. He was responsible for recording Hitler's most important meetings as early as 1942 and was present in the Fuhrerbunker during the last conference of the Nazi leaders as the Russians closed in on the city of Berlin. In the early stages of the war, Herrgesell worked as a war correspondent. The 14 x 10 in. album features his name on the inside front cover and the title '3 years of Gypsy life with the III KGzbV.1 (A Luftwaffe transport unit) and OBS Hoh. Nafu. ('News leader')' The album contains approx. 300 period photographs, varying sizes, b/w, detailing his travels with the unit and arranged in chronological order. The album opens with the invasions of Poland, Norway and France showing German soldiers, aerial images, and notable landmarks such as Versailles, the Eiffel Tower, and Norwegian fjords. High ranking Nazis including Hermann Goering, Joseph Goebbels, and Joachim von Ribbentrop can be seen. It then moves on to include views of the Alps, Northern Italy, Albania, and Pompei, with a few photos featuring Benito Mussolini and action shots of an erupting Mt. Vesuvius. Herrgesell then travelled through Italy, Sicily, North Africa, and finally Crete. Most pages have handwritten captions in German around the photos explaining their context, to which a later owner of the album added English translations. Condition of the photos vary but mostly fine. The red leather album is slightly worn with a few tears to the bindings and covers but overall good. This album was consigned to us by the son of an American tank commander stationed near the Fuhrerbunker at the conclusion of the war. Per his own testimony, the commander was chosen along with one other to drive Jeeps to the bunker and remove material being confiscated by the Americans. Once there, the general in charge allowed each man to take one item from the inventory as a souvenir, and this album was his choice. Herrgesell's account of Hitler's final hours was featured in a Time Magazine article just after the war's conclusion. . A few notable excerpts from it read, in part: '... At this briefing Adolf Hitler declared that he wanted to die in Berlin. He repeated this 10 or 20 times in various phrases. He would say: 'I will fall here' or 'I will fall before the Chancellery' or 'I must die here in Berlin.' He reasoned that the cause was irretrievably lost, in complete contrast to his previous attitude, which had always been: 'We will fight to the last tip of the German Reich.' "What reasons motivated his change of heart no one knows. He expressed the fact that his confidence was shaken. He had lost confidence in the Wehrmacht quite a while ago, saying that he had not gotten true reports, that bad news had been withheld from him...' A fine relic from the Reichstag.