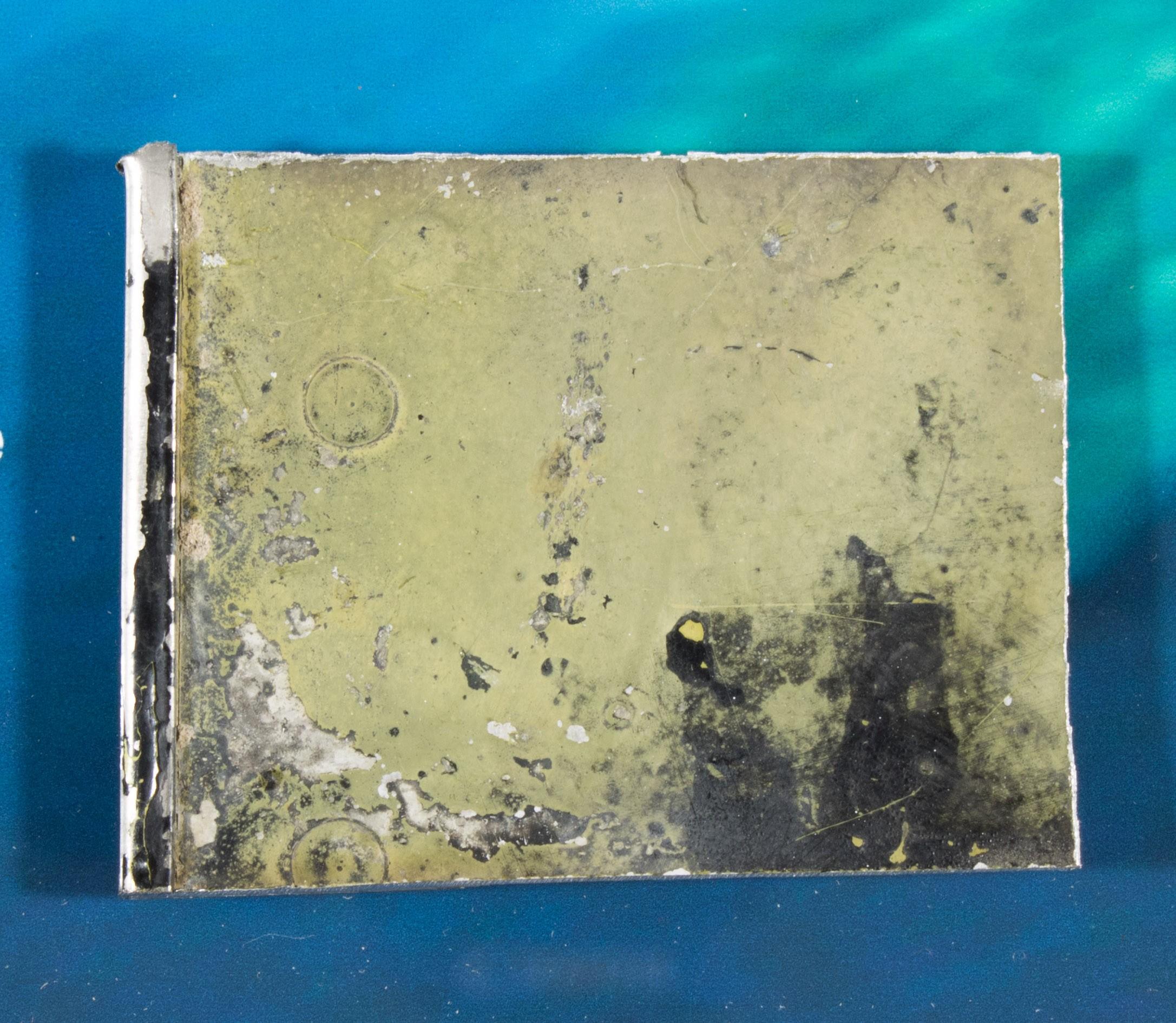 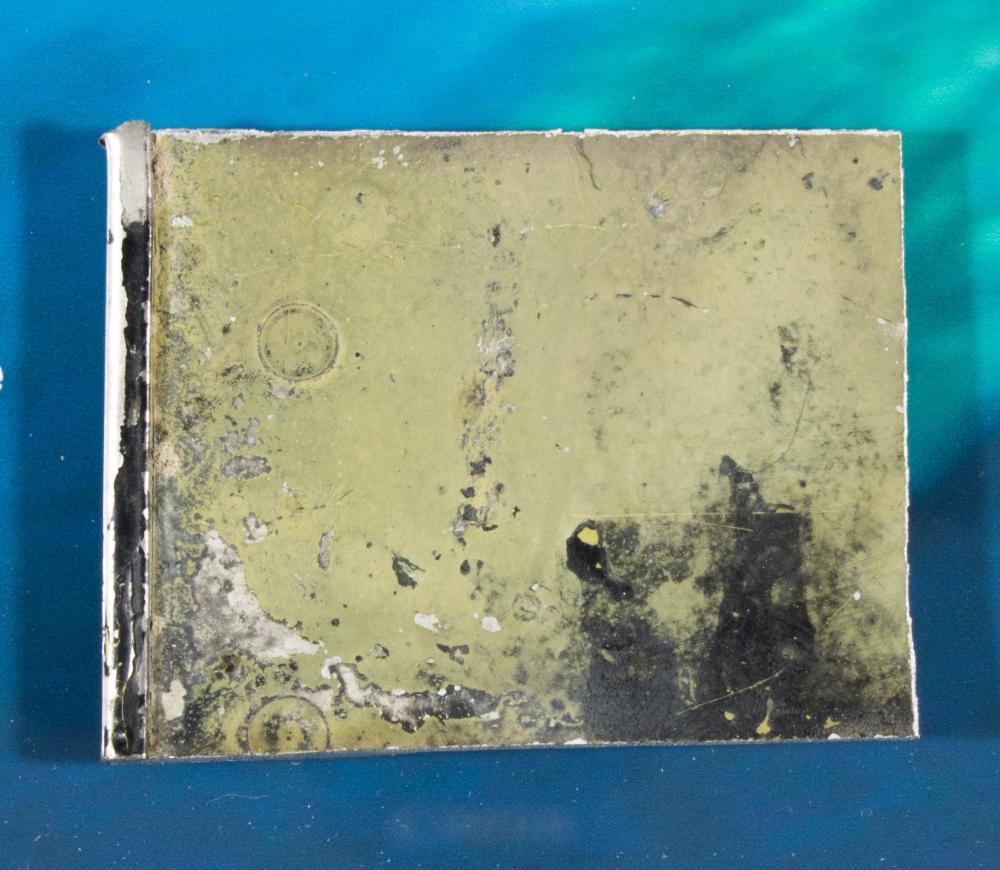 PEARL HARBOR B-17 'NAUGHTY BUT NICE' CRASH RELIC
A fine relic from the famous B-17E 'Naughty But Nice', a 2 x 1.5 in. section of aluminum "skin" from the fuselage of the aircraft, still bearing original green paint. The relic is mounted to the plexiglass cover of an artwork depicting the aircraft flying near a mountainous island, about to be 'jumped' by a Japanese Zero in the background, and bears a history of the bomber. Framed in black-finished wood, a fine relic presentation. 'Naughty But Nice' was one of a handful of B-17s that found themselves on December 7, 1941 arriving over Oahu as the Japanese attack was well underway. She landed safely (unlike some of the other B-17s), and was hurriedly camouflaged and then sent out to locate the Japanese fleet. She fought at the battle of the Bismarck Sea, where the aircraft was heavily shot-up, and on June 26, 1943 she was shot down over Rabaul by a Japanese night fighter. Only the navigator escaped alive, and in 1981 returned to the island and located the wreck of his old aircraft. This is part of that wreck.