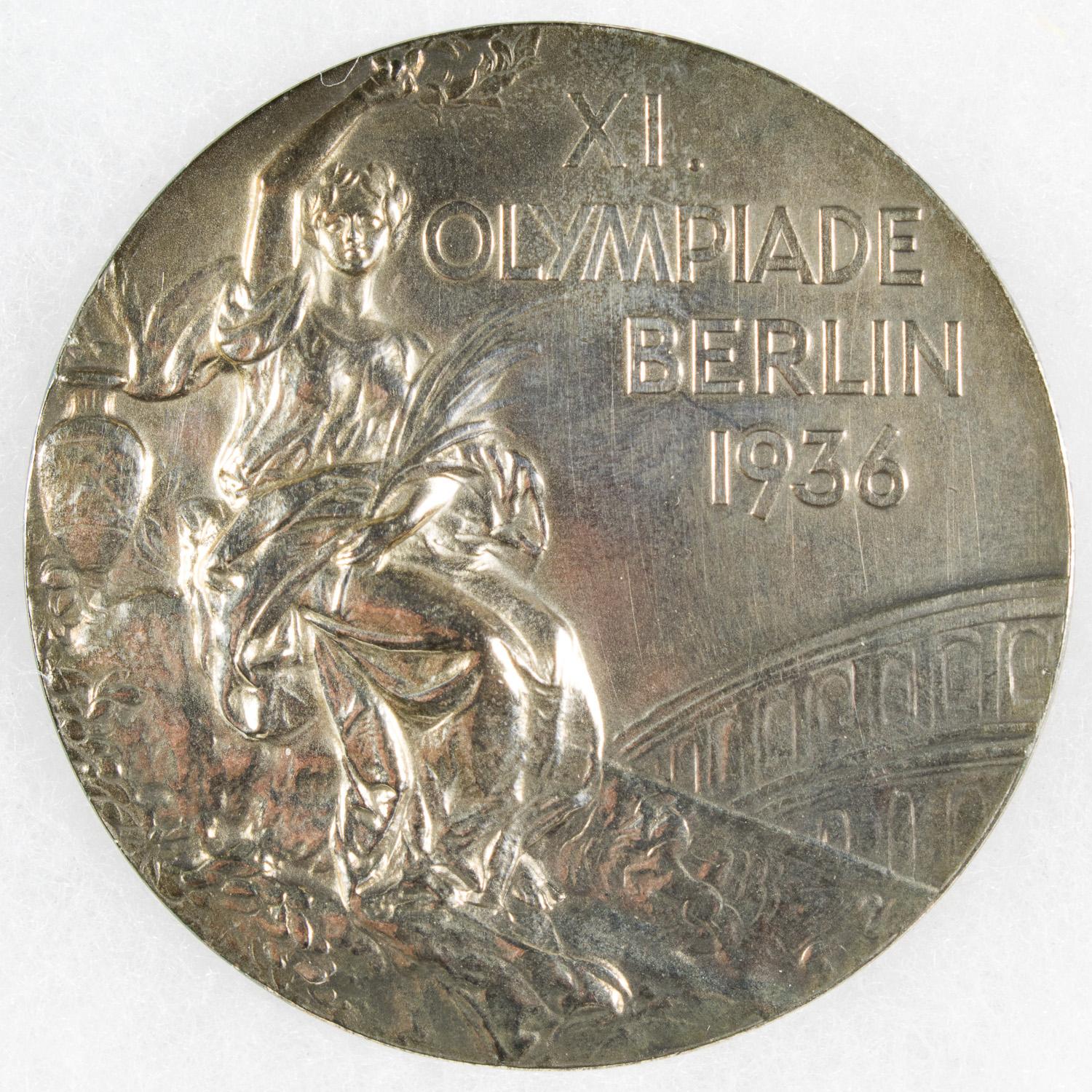 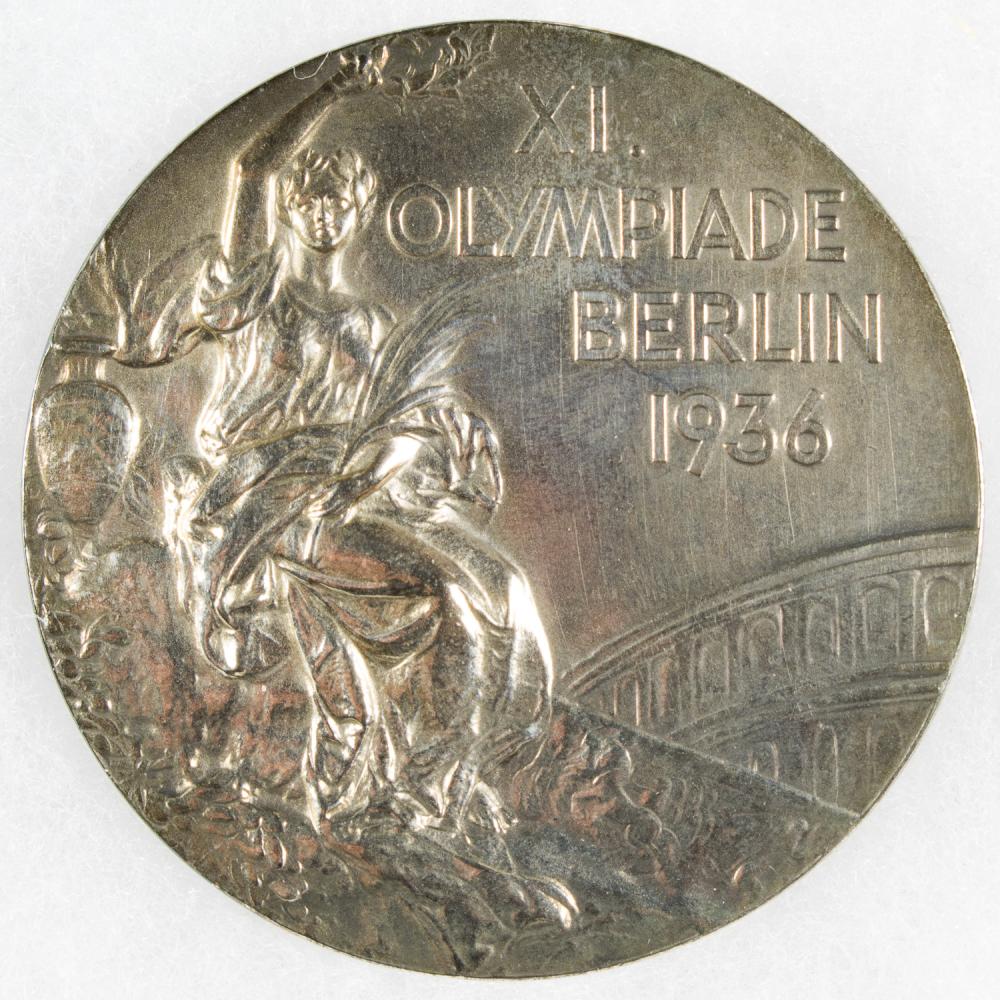 An excessively rare and desirable award, an original silver medal issued to a second-place finalist at the 1936 Berlin Olympics. Designed by Professor Guiseppe Cassioli of Italy, this 2.125 in. dia. medal features image of Victory seated above a stadium holding a palm branch, beneath the raised lettering: 'XI Olympiade - Berlin - 1936'. The reverse features an image of winner being carried aloft by jubilant athletes, also with the Olympic stadium in the background. The rim is engraved with the maker's mark of B.H. Mayer of Pforzheim and the silver purity stamp of '990', which is absolutely consistent with period examples. The medal is approx. 68.04 grams. Very lightly tarnished, else fine. Given the limited production and athletic significance, Olympic medals are some of the rarest and most sought after sports artifacts in existence, as only around 2,000 medals are awarded during each Summer Olympics. For the 1936 Olympics, only 320 silver medals were crafted, certainly including this example.