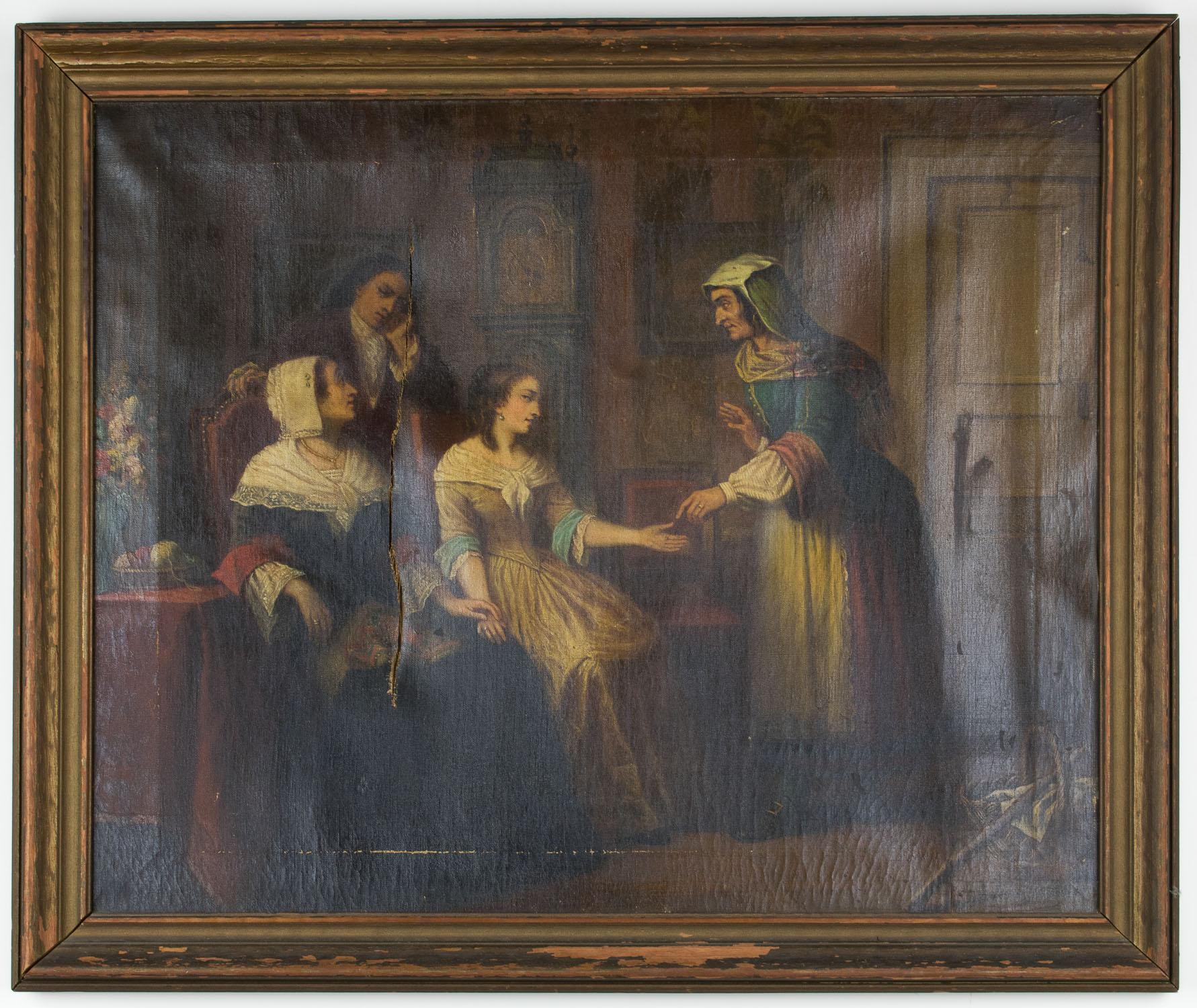 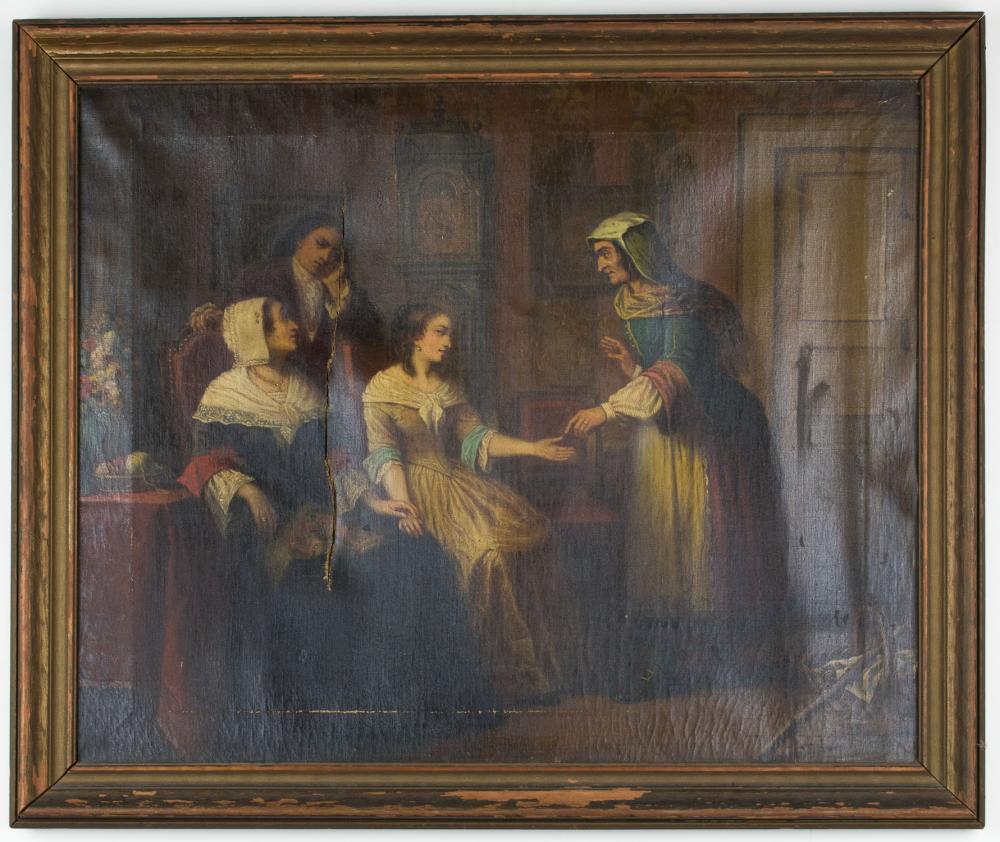 
An original oil painting taken from the ruins of Hitler's Berghof by one of the first Americans on the scene, an M.P. fluent in German and French sent to liase with the French 2ieme Division Blindee (French 2nd Armored Division), the first Allied troops to reach Hitler's home. The 25 x 20 1/2 in. oil on canvas depicts two seated women, the younger one at center showing her uplifted palm to an older woman in traditional garb standing before her. The older lady, a fortune teller perhaps, points to the young lady's palm. An older seated woman at left comforts the young lady, holding her hand as she speaks to a gentleman in the background. The painting is signed 'L. Detouche 1859' at lower-right by the artist, LAURENT DIDIER LATOUCHE (1815-1882), a French painter of primarily moody group portraits. The painting bears two professional repairs on the verso, and has a 12 in. vertical tear. The painting appears to be in the original ca. 1940s green wood frame. According to a detailed letter of provenance signed by our consignor, the son of the M.P. who recovered the artwork, the oil was taken by the soldier at the same time that he recovered another oil, as well as the seat of Hitler's commode, as mentioned in the book 'Hitler's Mountain.' As he took the paintings he was asked by his comrades for his reasoning. He responded: 'He [Hitler] had to pass and look at them every day.' The letter also indicates that as an M.P., he was easily able to clear his 'souvenirs' for shipping home to his future wife. Also included are copies of a photograph showing the M.P. at Berchtesgaden, his service record, and a 2001 news article. An especially personal relic recovered just outside Hitler's bedroom, it's subject of particular interest!