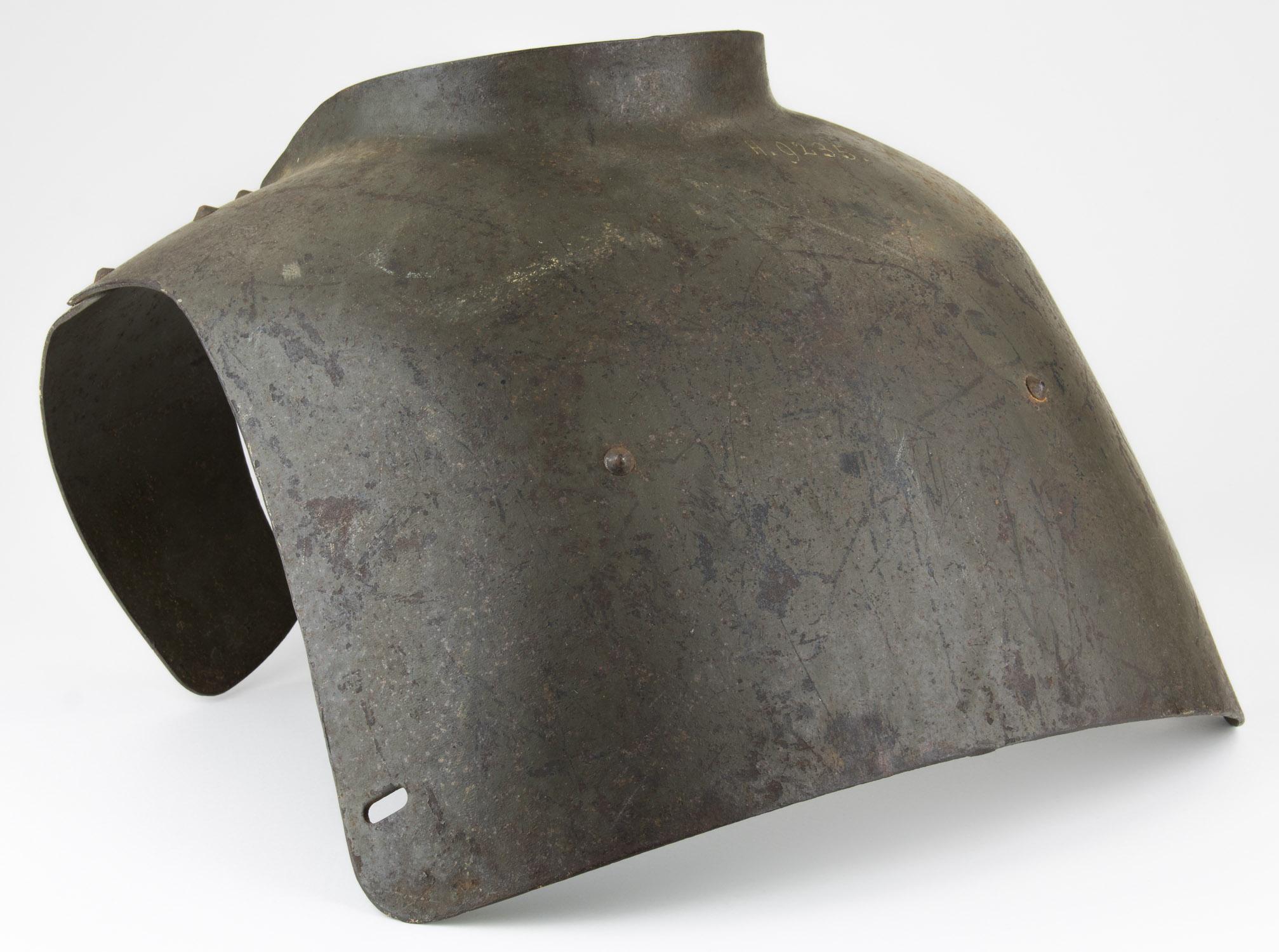 Description:
Steel 'grabenpanzer' or body armor, recovered from the main entrance at Hitler's Berghof where is was apparently kept by Hitler as a reminder of his service in the trenches during World War I. This chest plate measures approx. 17 in. across and 13 in. tall, solid riveted construction, with the painted marking 'H 9235' on the front. We presume this to be a museum cataloging number or possibly an equipment issue number. The armor lacks the bottom three 'lobster tail' type plates fitted to this armor, possibly lost in the bombing of the Berghof. This relic was taken from the ruins of Hitler's Berghof by one of the first Americans on the scene, an M.P. fluent in German and French sent to liase with the French 2ieme Division Blindee (French 2nd Armored Division), the first Allied troops to reach Hitler's home. According to a detailed letter of provenance signed by our consignor, the son of the M.P. who recovered the artwork, the soldier was invited to 'Get what you want' when he arrived on the scene. He knew this to be German body armor, and at the time believed it to be Hitler's own. The letter also indicates that as an M.P., he was easily able to clear his 'souvenirs' for shipping home to his future wife. A 1970s inquiry with makers Krupp could not place ownership during World War I with Hitler himself, but there's no doubt that that the ex-trench runner kept this body armor as a reminder of his service in that conflict. This relic was taken by the soldier at the same time that he recovered two oil paintings, as well as the seat of Hitler's commode, as mentioned in the book 'Hitler's Mountain.' Also included are copies of a photograph showing the M.P. at Berchtesgaden, his service record, and a 2001 news article. An important relic displayed by Hitler as a reminder of his own military service, for which he was awarded Iron Crosses, First and Second Class.