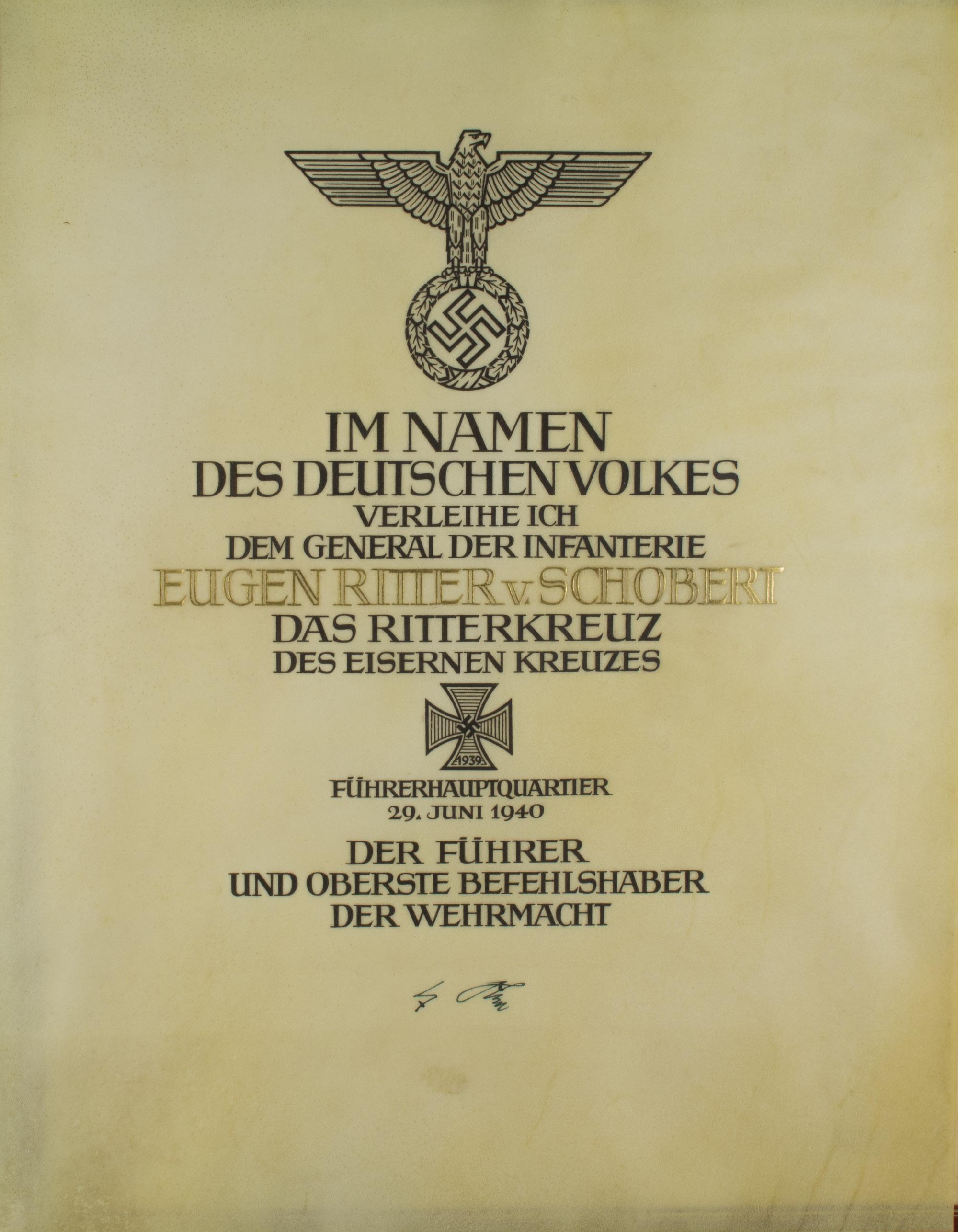 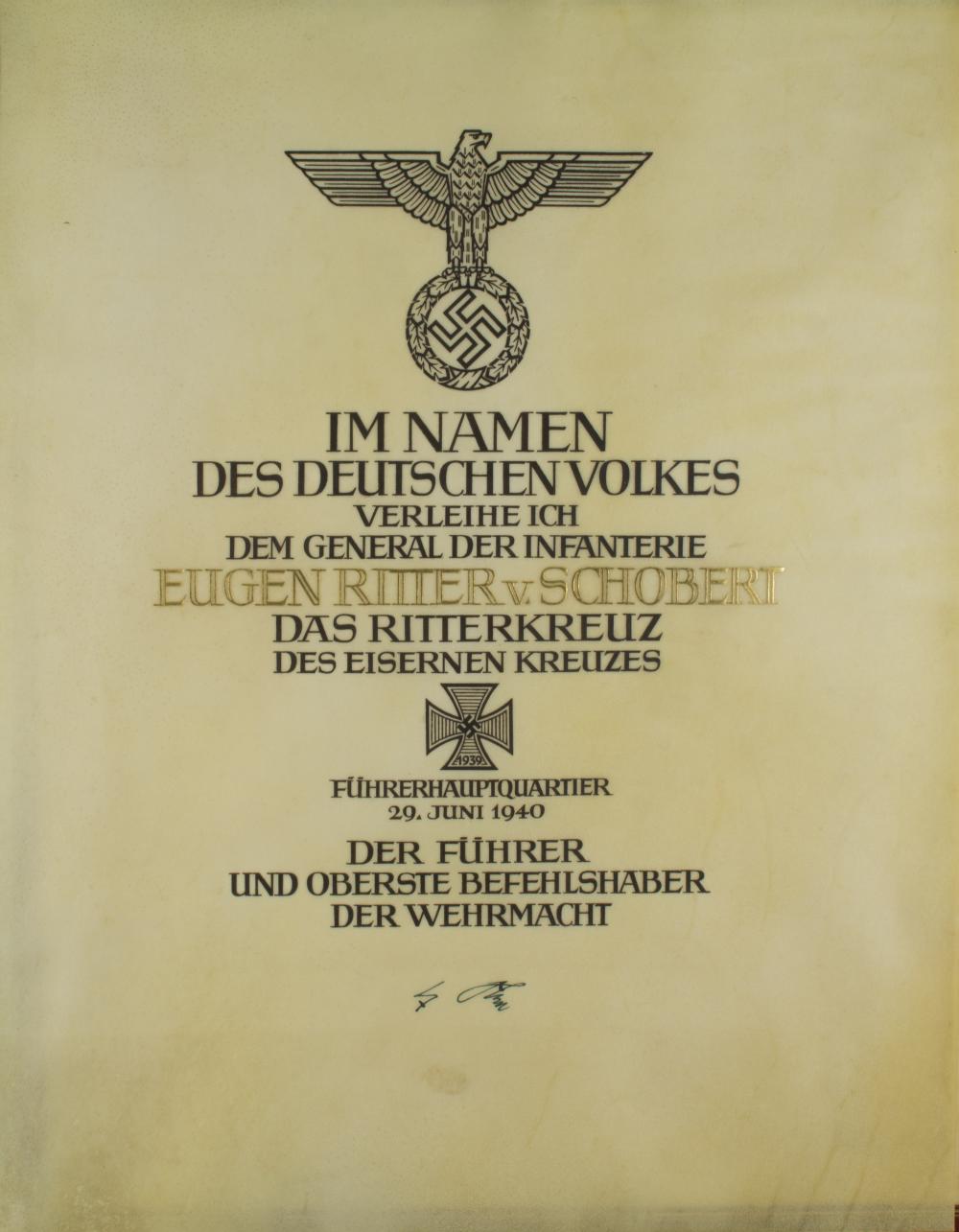 
Superb and important Knights Cross of the Iron Cross Award Document with Mappe issued to General der Infanterie EUGEN RITTER VON SCHOBERT, killed in action on the Eastern Front while commanding the 11th Army during Operation Barbarossa, 4pp. 13.5 x 17.25 in. on parchment, [Berlin], June 29, 1940. The ornately-lettered document is accomplished in India ink and gold with in relief, and bears the authentic signature of Adolf Hitler in his own hand applied at bottom. Produced at the workshop of the brilliant bookbinder and decoration designer Frieda Thiersch. The parchment is just the slightest bit wavy at the margins only, as is very common in such documents, else fine condition. Sold with the original ornate presentation leather folder ('mappe'), the corners only very slightly rubbed at corners and later retouched, with all gilding and lettering absolutely perfect. Presented in a large custom-made leather case with brass plaques, and silver braided cord decoration within. Award documents for the Knights Cross are rare, despite the fact that Hitler granted over 7,000 of them. A severe backlog soon developed and in the end, very few recipients of the award ever received their large award documents (or 'Gross-Urkunden'). Those hand-signed by Hitler and issued to generals, and especially those killed in action, are impossibly rare! Eugen Ritter von Schobert (1883 - 12 September 1941) led a battalion of Bavarian infantry during World War I. On 23 March 1918, he personally led his battalion in the crossing of a canal near Jussy against stiff British resistance, and was awarded the Knight's Cross of the Military Order of Max Joseph. This was Bavaria's highest military honor, comparable to the Prussian Pour le Merite, and conferred a patent of nobility on a recipient who was a commoner. After World War I, Schobert remained in the Reichswehr, steadily rising up the ranks. He commanded the 17th Infantry Division from 1935 to 1936 and the 33rd Infantry Division from 1936 to 1938. He took command of the VII Army Corps on 4 February 1938 and in September 1939 led it in the invasion of Poland. He also participated in the invasion of Belgium and Luxembourg and the Battle of France, and received this Knight's Cross award for his breakthrough of the Maginot Line and the capture of Nancy and Toul. In September 1940, Schobert was given command of the Eleventh Army, assigned to Army Group South for the invasion of the Soviet Union. During combat operations in the southern Soviet Union, Schobert was killed when his observation aircraft crashed in a Soviet minefield. He was succeeded by Erich von Manstein. An especially important award, in extremely fine condition. Note: Von Schobert's military medals or being offered elsewhere in this auction.