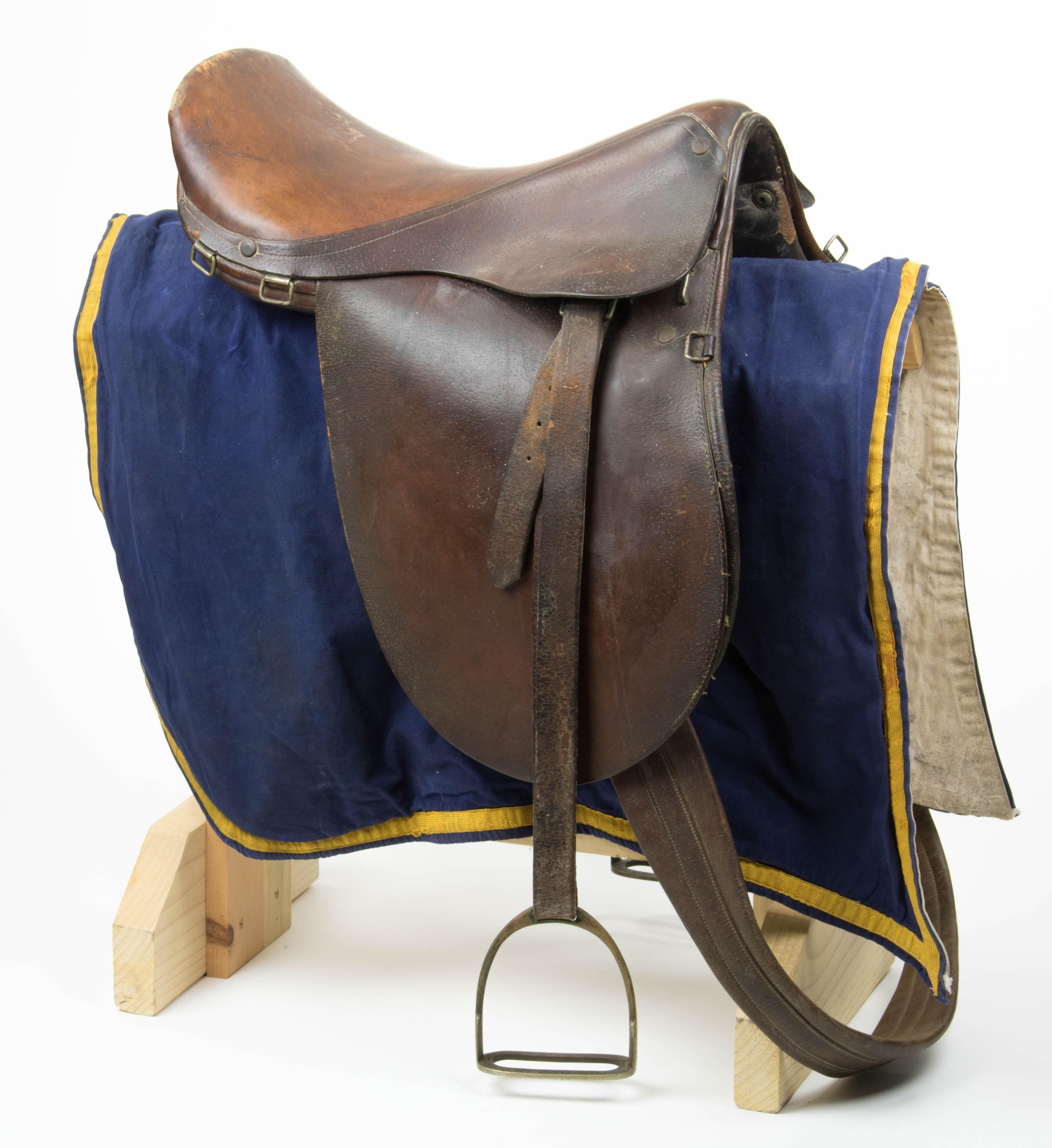 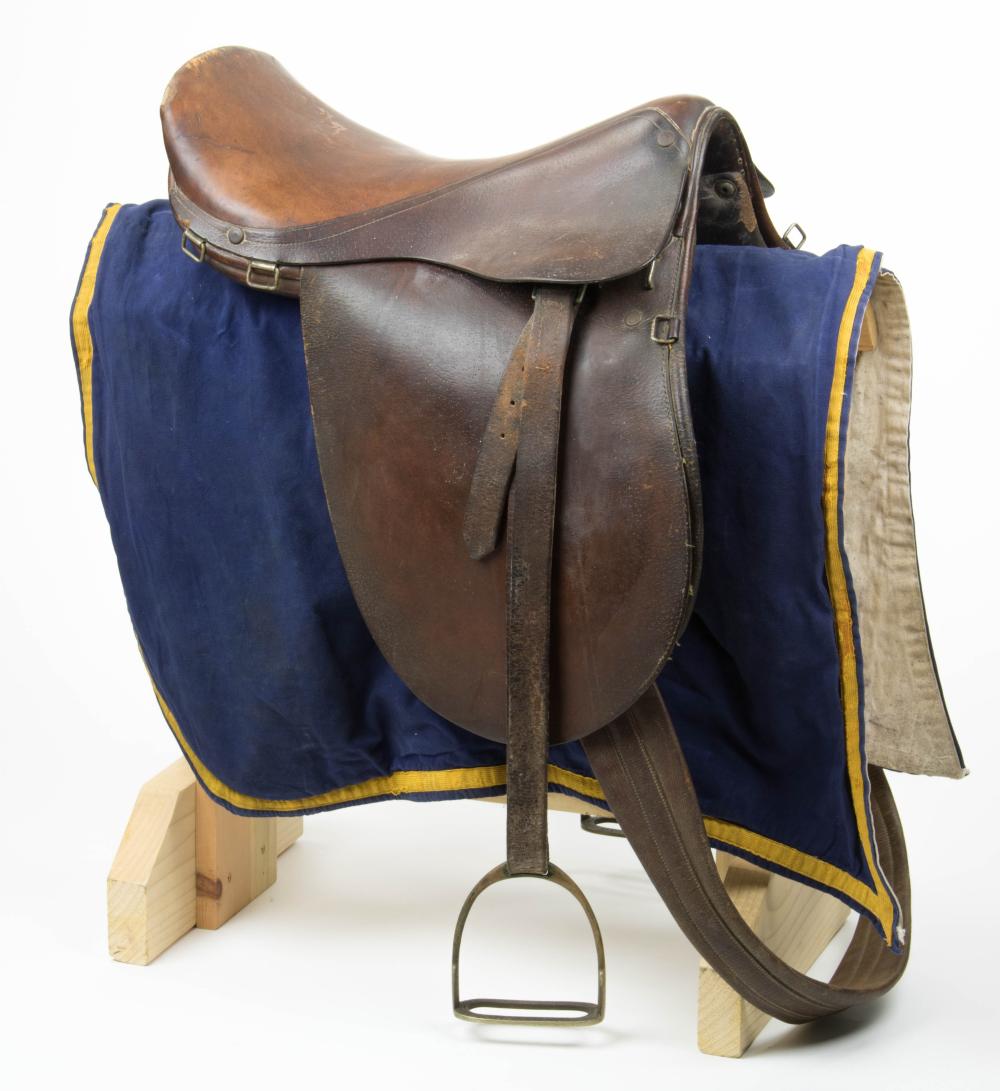 Description: GEN DWIGHT D. EISENHOWER'S 'TWO STAR' WARTIME SADDLE
An extraordinary wartime relic, the leather horse saddle owned and used by General Dwight D. Eisenhower during World War II and bearing two general's star affixed to the rear of the saddle. The brown leather saddle measure 18.5 inches from front to back and about 12 inches wide. All straps appear to be present and operable, including the girth, with the leather still remaining supple. The outside rear of the cantle bears two silver five-pointed stars sturdily attached. Stitching to one side of the saddle flap trim has sprung but could be easily repaired. The saddle is embossed 'U.S. J.Q.M.D. 1942 J.B.' indicating that this saddle was of U.S. issue from the Jefferson, Indiana Quartermaster Depot. A metal tag attached elsewhere on the saddle indicates that it was repaired at the same depot on July 20, 1942, and indeed a patch repair has been done on a hidden, worn surface of the saddle. This saddle exactly matches one of those issued by the Jefferson Quartermaster Depot at that time. Also present is a more recent blue saddle blanket with yellow trim, original cavalry colors of the U.S. Army. The saddle and blanket are accompanied by a copy of a Oct. 29, 2021 letter of provenance from Gettysburg resident Kenneth A. Brame. In his letter (and confirmed by Gettysburg residents), Brame worked for the Eisenhowers at their Gettysburg farm from 1965 to 1970, and was bequeathed the saddle by Mamie Eisenhower. Brame had met Ike as the ex-president would visit a local Stuckey's, managed by Brame's parents, every day for his morning coffee. The saddle was sold by Yingling's Auction Service of Gettysburg on October 29, 2021 and a copy of their flyer for the sale is included. Eisenhower would have used this saddle during the war years, as his 'two-star' major general's ranking spanned the period March 27 to July 7, 1942. This was a crucial period in Eisenhower's military career, as he traveled twice to London to assess the competency of the theater command there. Interestingly, the brass stirrups attached to the saddle are both...made in England. Eisenhower was a long-time horse lover, and devoted six pages of his memoirs to his 'Blackie' - more than he did to any other individual. He believed that working with animals could teach leadership skills important to army officers. He stated in his memoir that 'in teaching skills, in developing self-confidence, the same sort of patience and kindness is needed with horses as with people.'