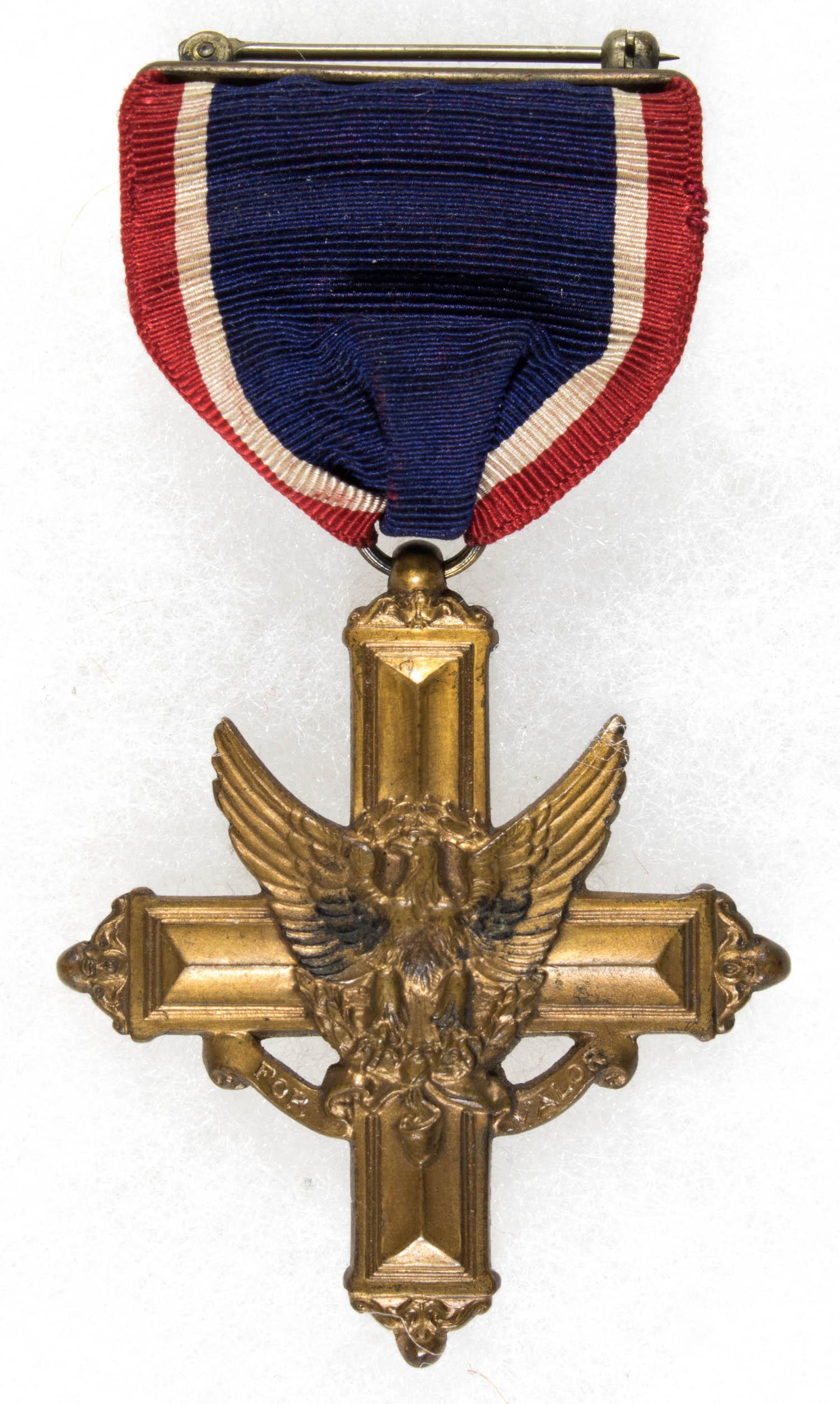 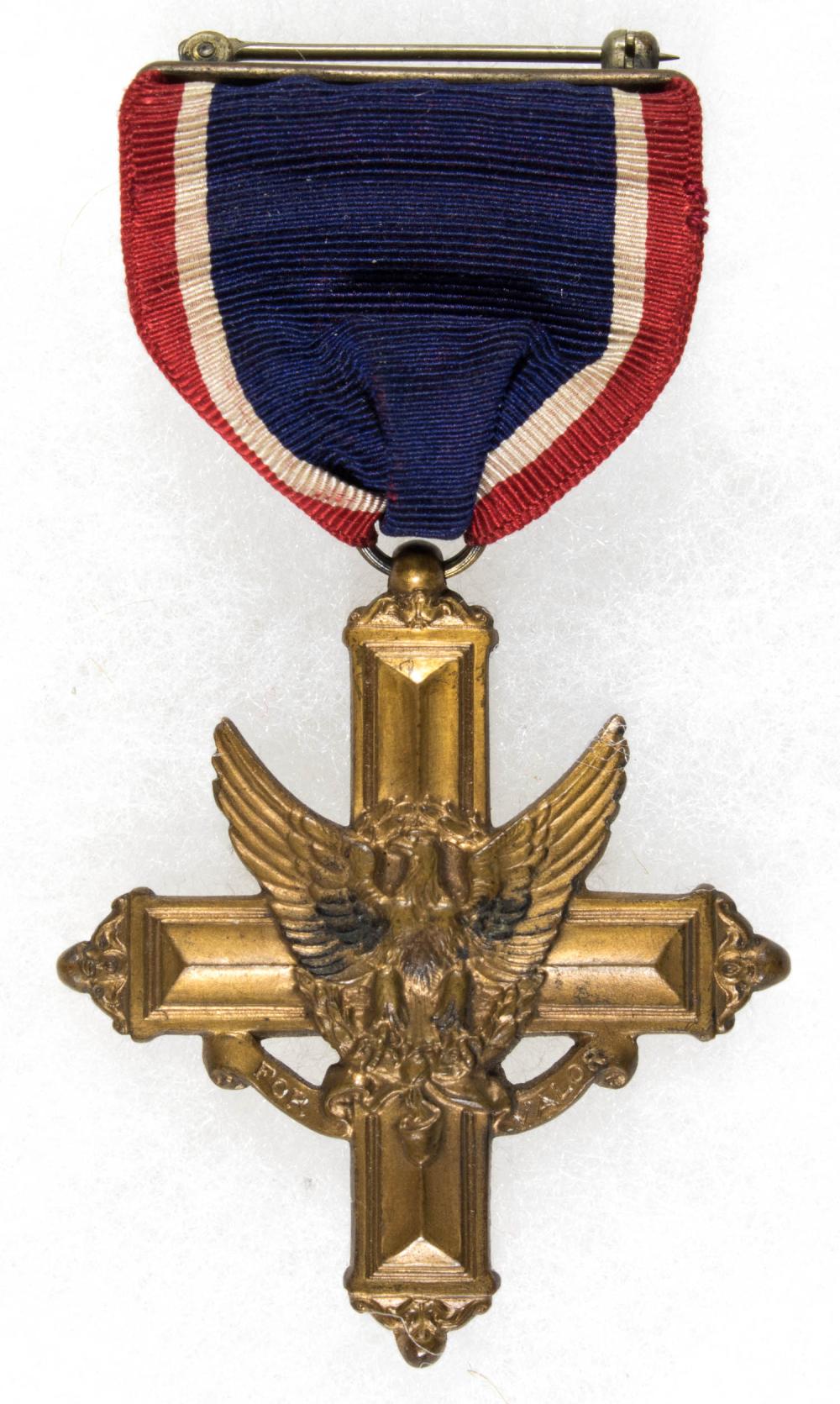 
A scarce, very early example of a named Distinguished Service Cross, presented to Spanish-American War cavalryman George L. Byram, badly wounded during a misguided charge in the Battle of Las Guasimas - the first land engagement of the war. The reverse of the pin bears the engraved name 'G.L. Byram', while the reverse of the cross's center bears the engraving: 'Las Guasimas...June 24, 1898'. The lower arm is numbered '7022' on the left side. Instituted as the second highest military award for extreme gallantry, the Distinguished Service Cross was first awarded during World War I, though a scant number were bestowed for actions which took place in earlier engagements, certainly including this example. Some spots of discoloration, engraving on the verso slightly faded with age, else very good. Sold with a brown presentation case, marked 'D.S.C.' on the lid in gilt letters. The Battle of Las Guasimas had cost U.S. forces seventeen dead and fifty-two wounded, compared to the Spanish forces' seven dead and fourteen wounded. Historians have severely faulted U.S. Major General 'Fighting Joe' Wheeler for wasting the lives of his men in a frontal assault, of which Byram's regiment - the First Cavalry - had taken the brunt of the fighting.