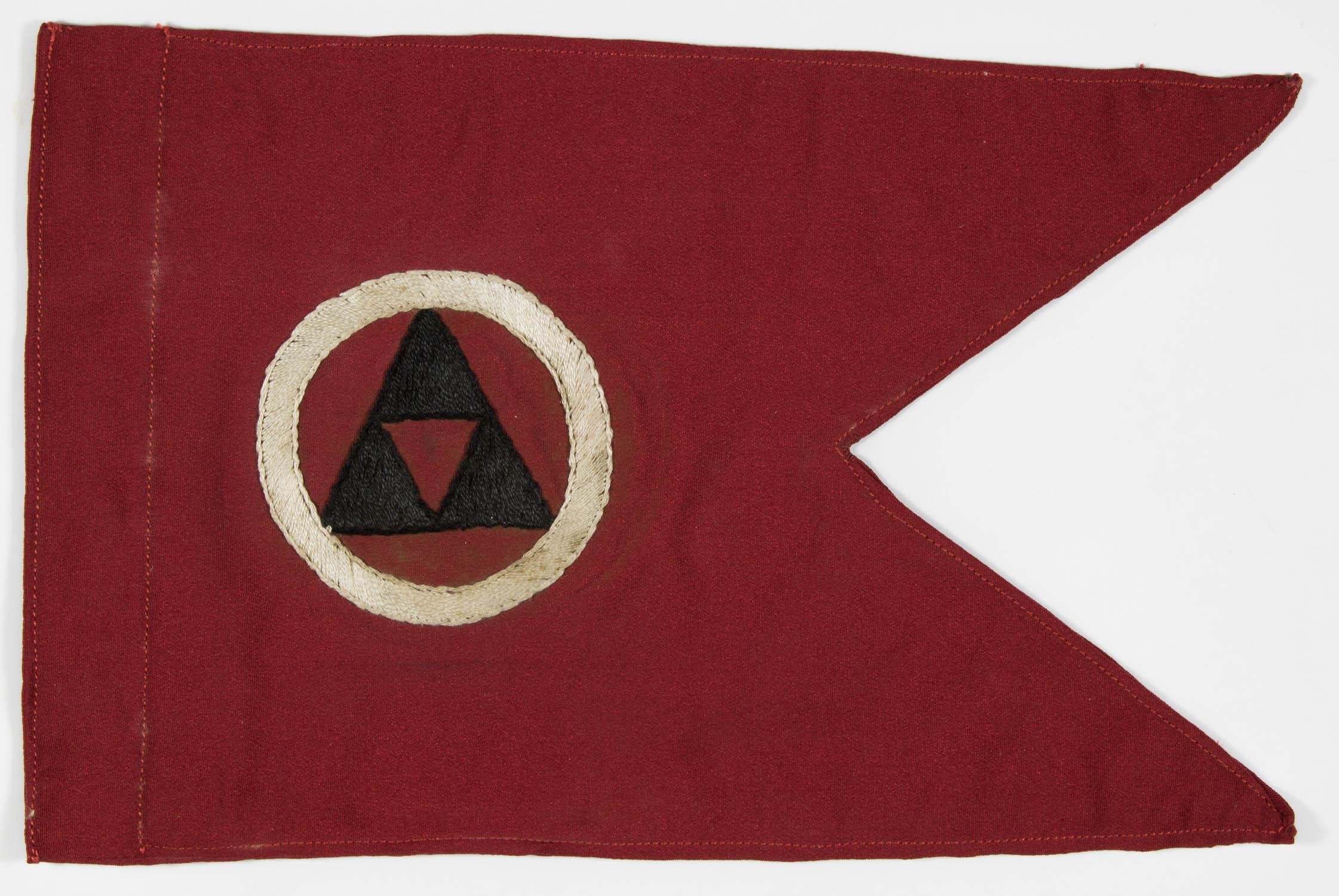 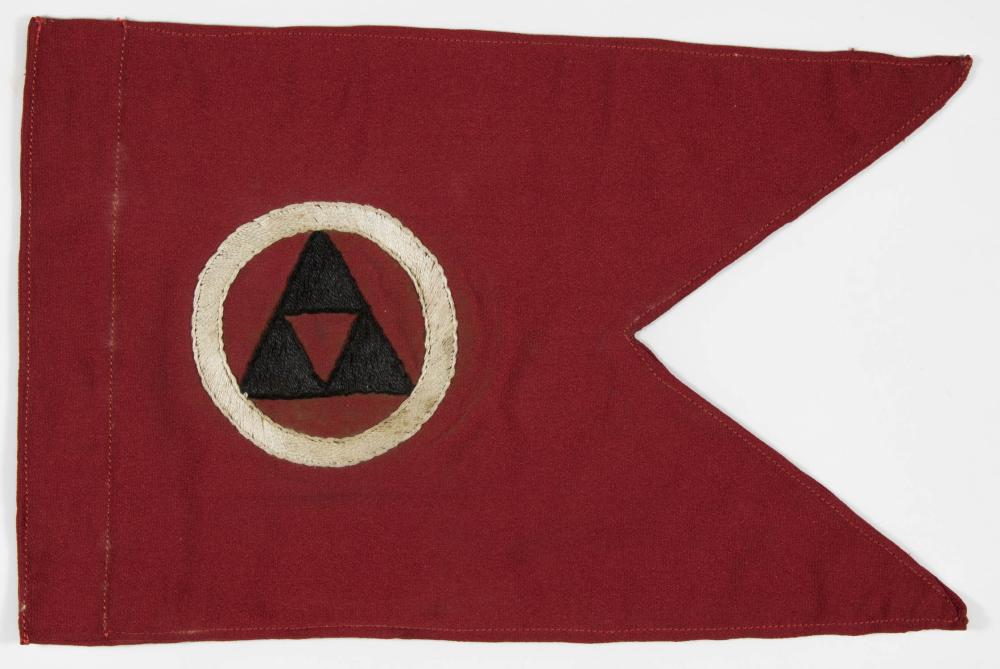 Description:
A terrific war-time relic from Montgomery's service with the B.E.F. in France, his personal car pennant as commanding general of the 3rd (United Kingdom) Division, with unshakeable provenance. The heavy-duty two-sided red rayon pennant measures 9.5 in. wide and 6.5 in. along the hoist, which is rolled-over to contain a car staff. A white embroidered circle surrounds the emblem of the 3rd Division. Lightly soiled from use. The flag was contained within a folded piece of paper labeled in Montgomery's hand: 'Flag of Commander 3rd British Division'. Also present is a letter of provenance by the general himself as 'Montgomery of Alamein F.M.', 1p. 8vo., Isington Mill, March, 1968. It reads, in full: This flag was carried onm the bonnet of may car, as the flag of the 3rd British Infantry Division - which I commanded in the operations in France and Belgium which ended at Dunkirk at the end of May 1940'. Also included in the lot is his memoir: 'The Memoirs of Field Marshal Montgomery' (Cleveland: World Publishing Co.),1958, fourth printing. 508pp. large 8vo. with dust wrapper. Signed and dated of the front flyleaf: 'Montgomery of Alamein F.M. 1959'. The book, flag, flag wrapper and letter of provenance are presented in a custom burgundy 1/4-leather clamshell case with gilt titles. A superb presentation! The 3rd Infantry Division, under the command of Major General Bernard Montgomery, was sent overseas to France in late September 1939, just under a month after the outbreak of war. There the division became part of Lieutenant General Alan Brooke's II Corps of the BEF and Montgomery instantly began training his men in a tough training regime. In May 1940, after several months of relative inactivity, the German Army launched its attack in the west which resulted in the BEF being split from the French Army, evacuated from Dunkirk. Due to Montgomery's strict training regime, the 3rd Division suffered comparatively few casualties and earned a reputation as one of the best British divisions in France. During the evacuation Montgomery was promoted to temporary command of II Corps and Brigadier Kenneth Anderson took temporary control of the division.