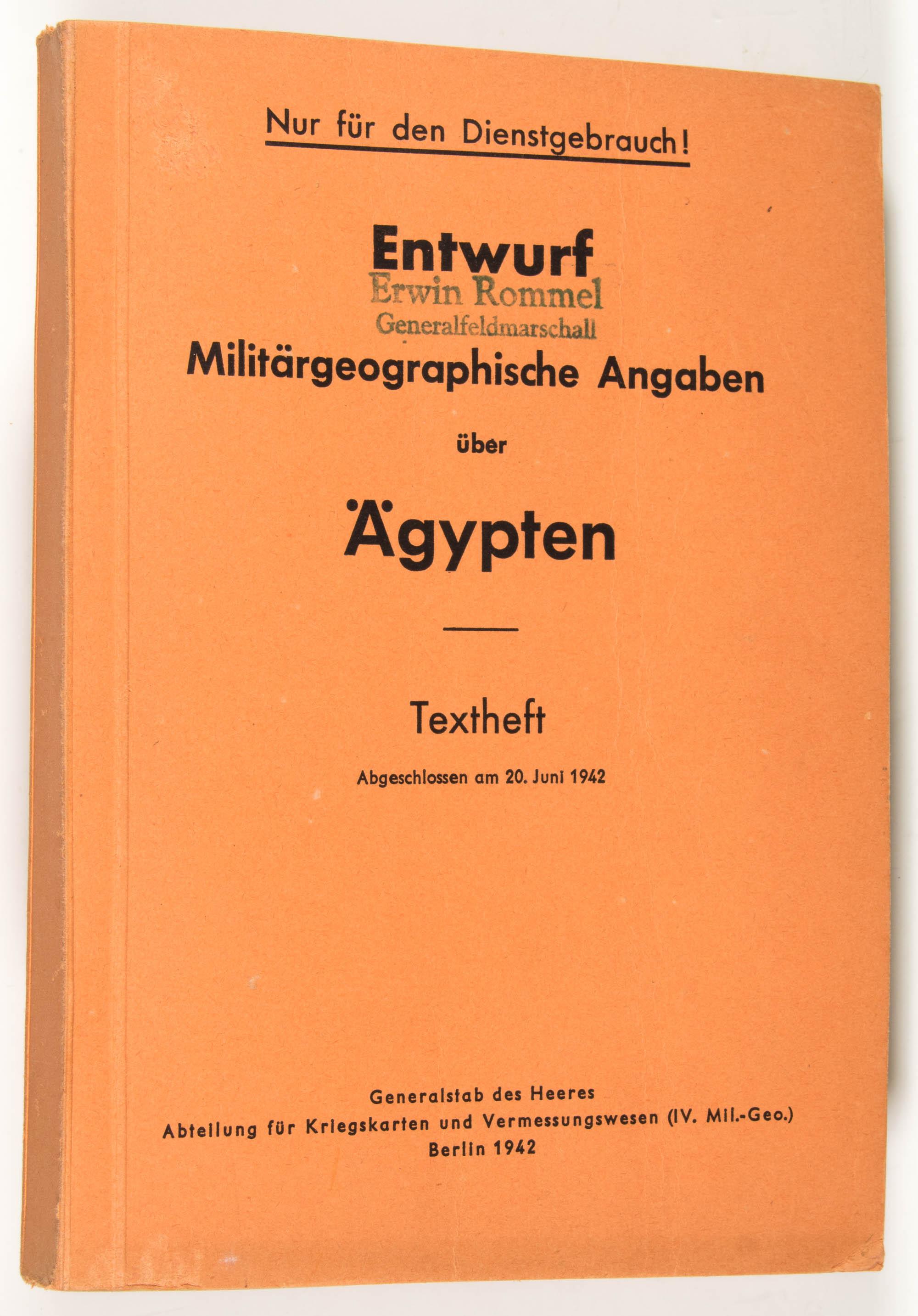 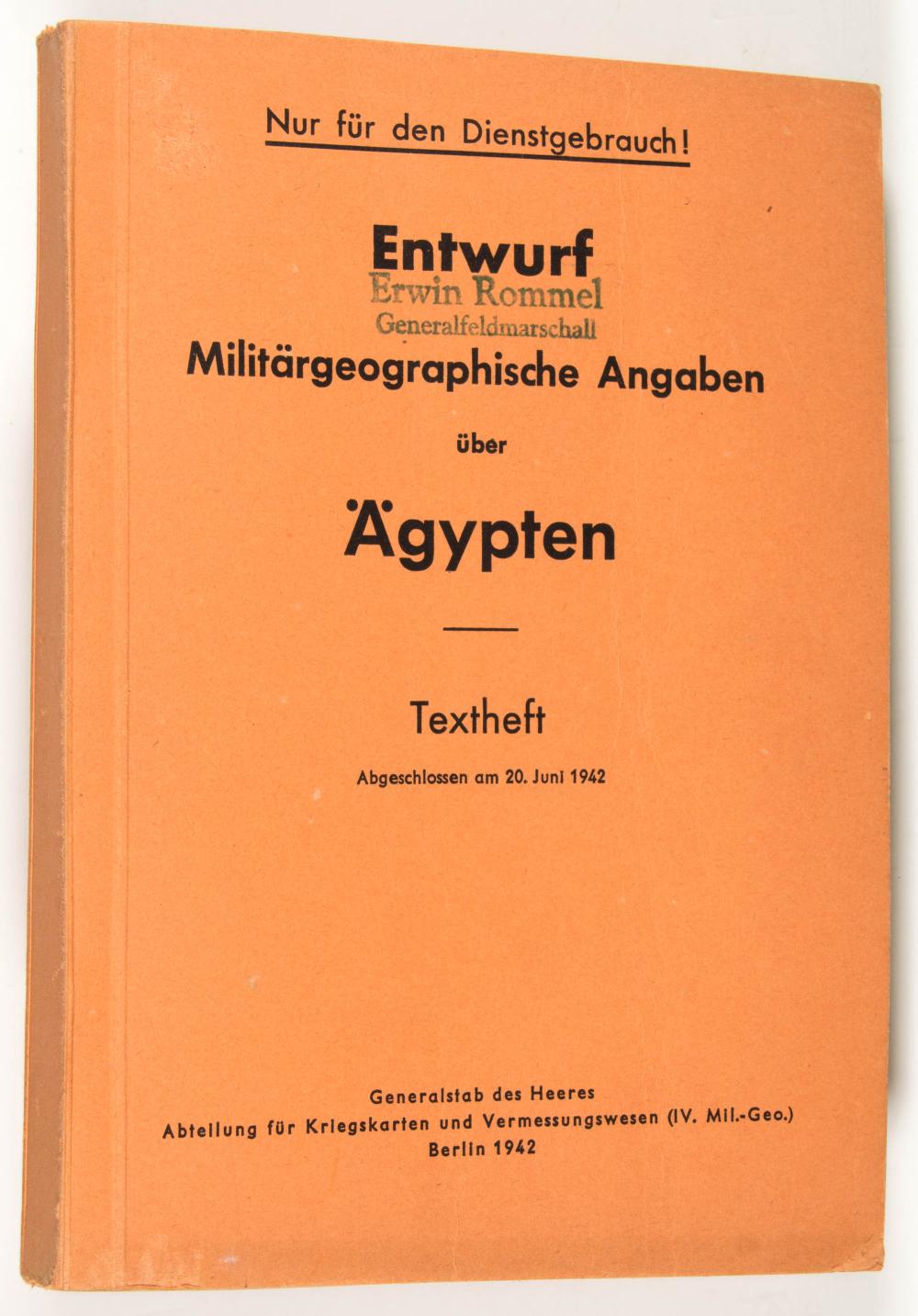 
Fine paperback book: 'Entwurf Militargeographische Angaben uber Agypten' ('Military Geography of Egypt'), 200p. 4to. (General Staff of the German Army: Berlin), June 1942, apparently a detailed study of Egypt with illustrations and maps. Sections of the book include 'Accessibility to Egypt', 'Population and Settlement', 'Economy', 'Transportation', 'River country of the Nile', 'The Isthmus of Suez and the Sinai Peninsula', and finally 'The Eastern Desert.' The front cover bears an ownership stamp: 'Erwin Rommel Generalfeldmarschall'. Very fine condition. Rommel's forces invaded Egypt and advanced until their defeat at the Second Battle of El Alamein in November, 1942.