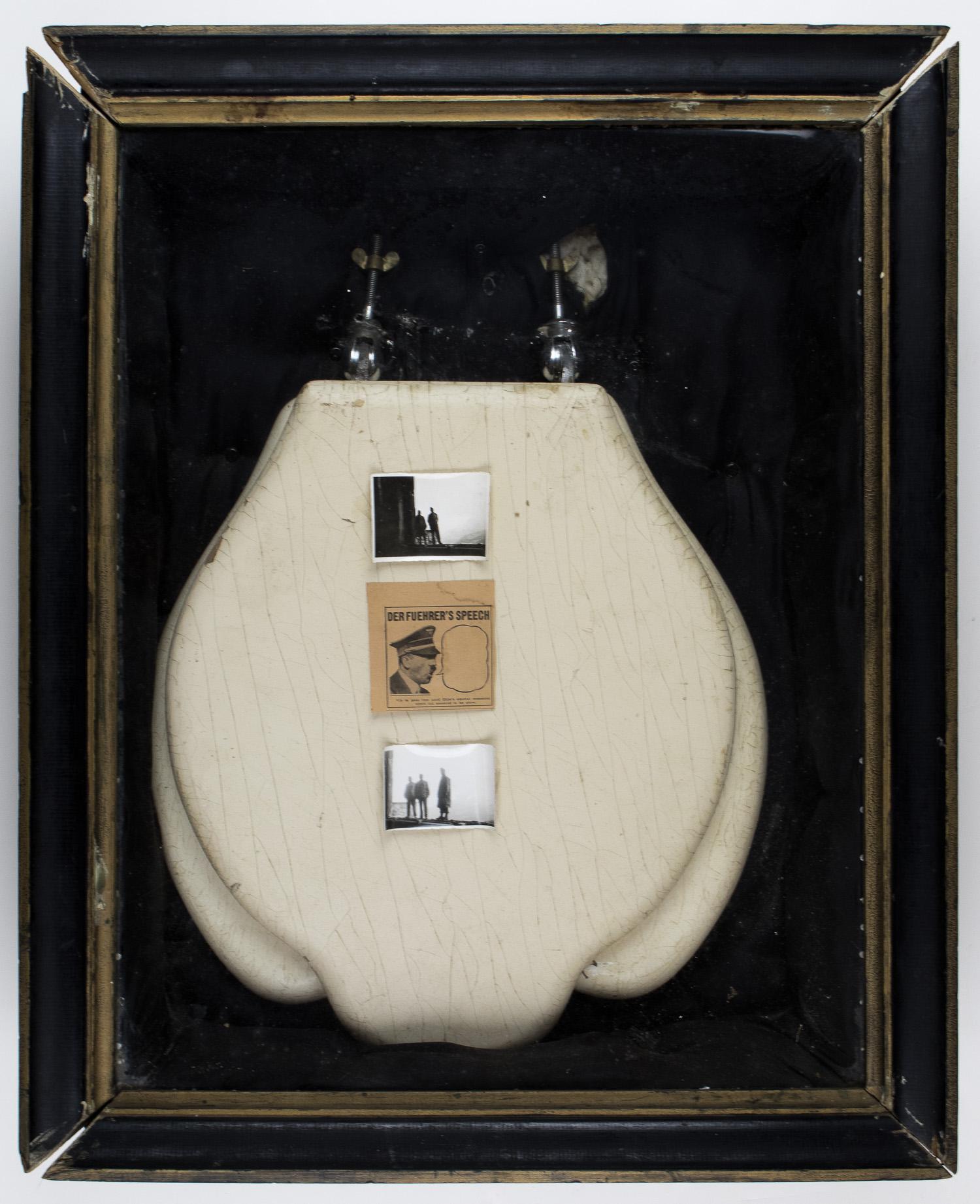 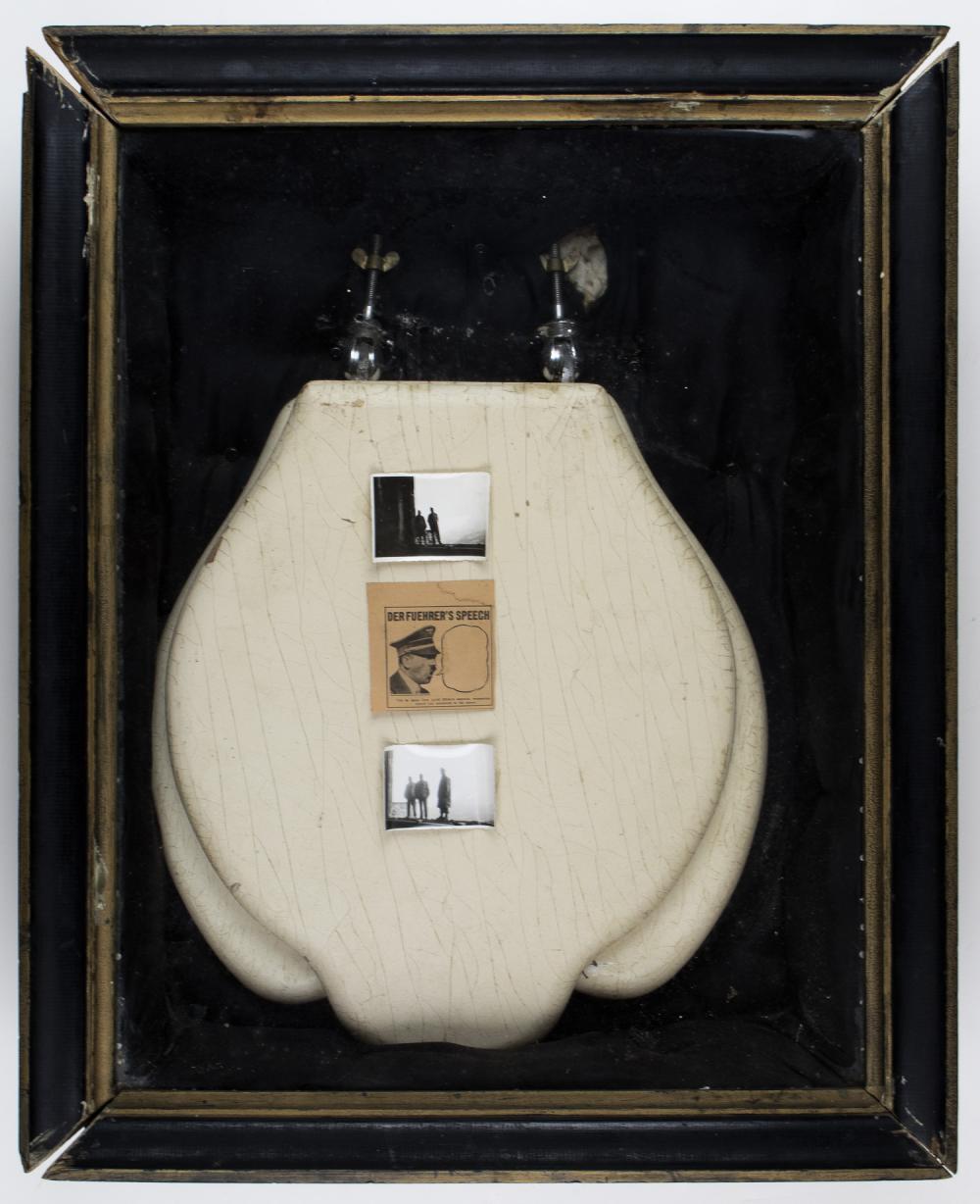 
Offered here is an item guaranteed to be one of the most eye-catching items one could ever add to a collection of World War II relics - the two-piece wooden toilet seat with lid removed by an enterprising G.I. from Adolf Hitler's bathroom at his retreat, the Berghof in Berchtesgaden, Bavaria. The seat measures 19 in. front to back and 16 in. wide, with two chromed steel fittings joining the two pieces. These fittings have long threaded shafts which passed through the porcelain bowl, and the wing nuts that secured them were replaced once the seat was removed. The seat is set in an old, rather battered period shadow box along with two snapshots of Borch with his immediate superior officer at the 'Eagles Nest' at Berchtesgaden, and a satirical anti-Hitler newspaper clipping. Since the end of the war, this ensemble has remained untouched in the basement of the family's northeast home. The ruins of the Berghof were entered by American M.P. Ragnvald C. Borch, one of the first Americans on the scene and fluent in German and French, when he was sent to liase with the French 2ieme Division Blindee (French 2nd Armored Division), the first Allied troops to reach Hitler's home. According to a detailed letter of provenance signed by our consignor, Borch's son, when he arrived on the scene, the soldier was told 'Get what you want.' He made his way to Hitler's bedroom, taking a World War I armored vest on display and two oil paintings. He saw the toilet seat and removed it, being asked by another M.P. holding a chandelier: 'What are you doing with that toilet seat?' The young M.P. smartly replied: 'Where do you think Hitler put his ass?' The letter also indicates that as an M.P., Borch was easily able to clear his 'souvenirs' for shipping home to his future wife. The capture of the seat is detailed in the book 'Hitler's Mountain' - included with the lot. Also included is another original photograph of Borch and the same officer sometime later outside Martin Bormann's bombed home, a copy of Borch's service record, and a 2001 New Jersey news article on the history of this incredible relic. This is a one-of-a-kind piece! While a toilet removed from Hitler's yacht, the Aviso Grille, gained great notoriety after it turned up in a New Jersey gas station a few years ago, it was one of perhaps ten or twenty on that vessel. This example was from Hitler's personal bathroom, from as close to a 'throne' as the dictator would ever get. One can scarcely imagine the plotting the tyrant undertook while contemplating the world from atop this perch!