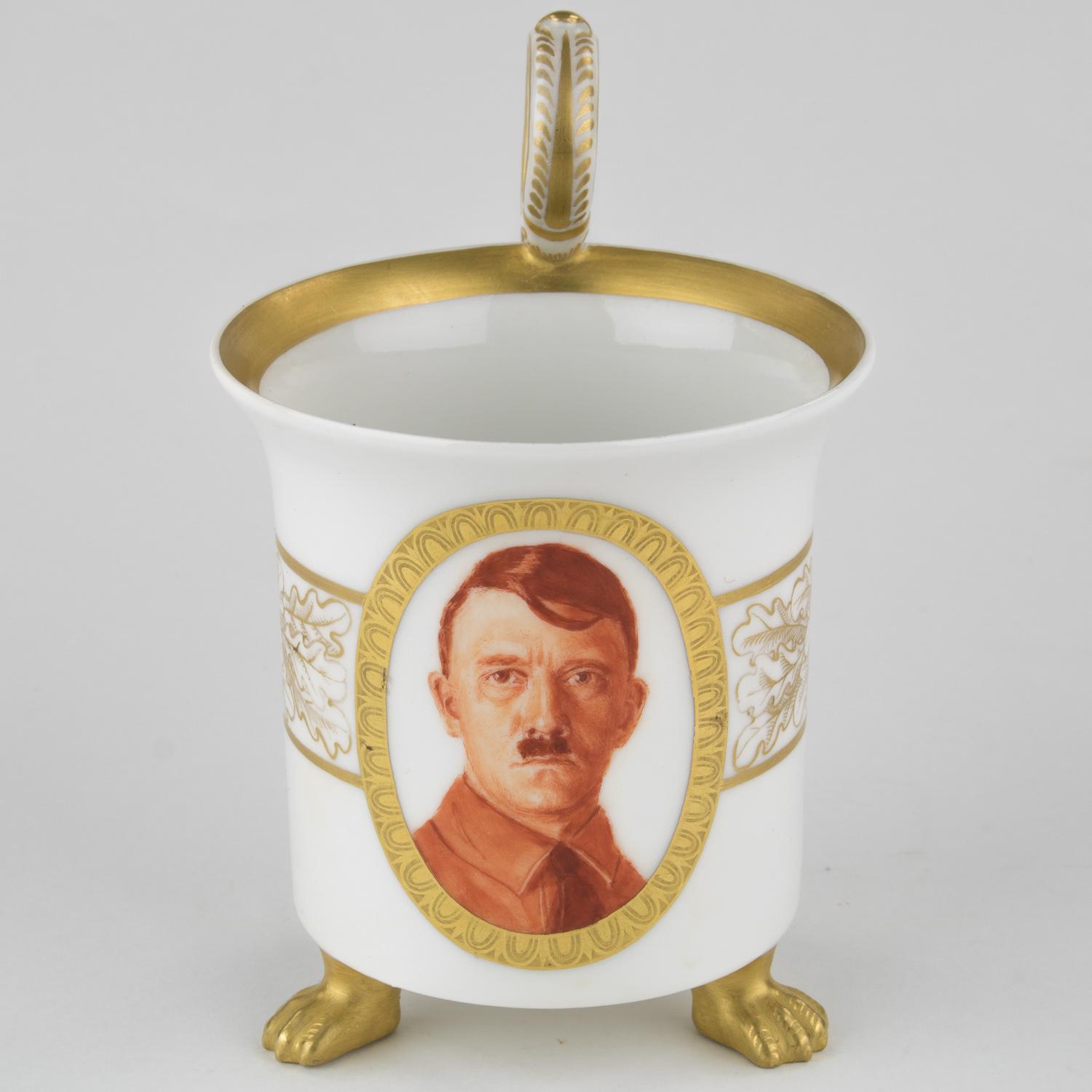 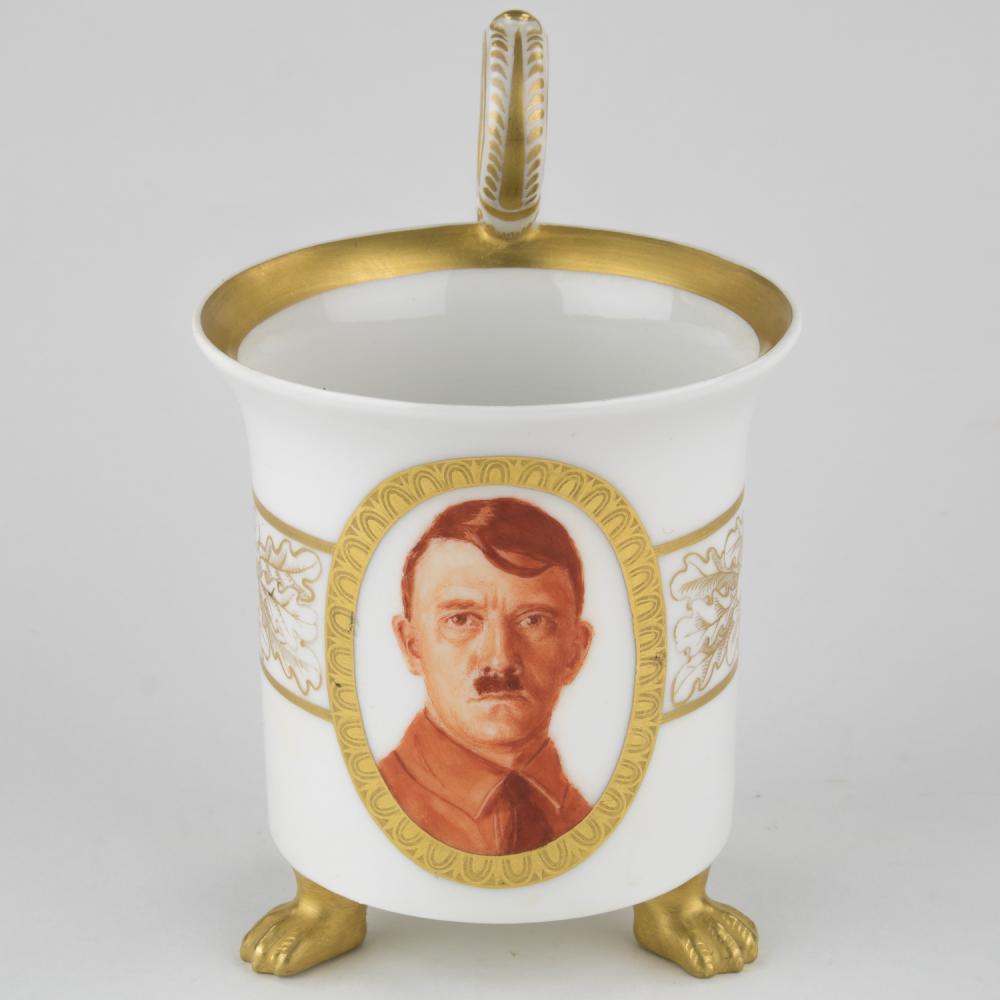 
An extraordinary relic with unshakable provenance, a porcelain shaving mug bearing Adolf Hitler's portrait, owned and used by Hitler at his Munich apartment and taken as 'spoils of war' by Jewish American Army officer Lt. Ben Lieber. The mug, marked by distinguished makers K.P.M., stands 5.5 inches tall overall, resting on three gilt 'feet'. A 1.25 inch band of gold oak leaves encircles the piece, meeting at the front at a 2.75 inch tall oval portrait of Adolf Hitler in Brownshirt dress. The portrait, surrounded by gold trim, is brilliantly executed and of the best quality. The mug rises to a flared top rim 3 5/8 inches wide and trimmed in gold. At the rear of the mug is an ornate handler with lavish gold trim painted on the sides and on the edge of the handle. The bottom of the mug displays the K.P.M. maker's mark, with hand-painted 'Heil Hitler!', also 'Juliann Koch geb Krog.' (the artist) and the year '1932'. The rear foot of the mug bears a tiny chip, touched-up with gilt paint, otherwise the piece is in as-new condition. This piece has sterling provenance. On or about April 30, 1945 Lt. Philip Ben Lieber of the 692nd Tank Destroyer Battalion was one of the first soldiers to enter the private Munich apartment of Adolf Hitler at Prinzregentenplatz 16. He seized the best 'souvenirs' he could find, including Hitler's visor cap and Nazi 'brown shirt', his 'Blood Order' and other medals, a portrait of Hitler's mother...and this shaving mug, among other items. Lieber's discovery was heralded in newspapers at the time, and was examined by respected dealer Ben Swearingen III. Lieber specifically mentions the shaving mug in a 1967 letter to collector David Mathes, who bought the mug in 1969. The piece is again mentioned in a notarized letter from Lieber's wife to Mathes in 1972, probably for purposes of resale. In the meantime, in 1970, the balance of Lieber's collection was purchased by Mohawk Arms and then resold to dealers Wolfe-Hardin in 1994. At some point prior to 2014, Wolfe-Hardin also purchased the items in the Mathes collection. In 2014, Wolfe-Hardin sold the Lieber Collection in its entirety to dealer Craig Gottlieb, from whom our consignor purchased this relic. Included with the mug is full provenance for the collection as provided by Mohawk Arms ca. 1985, including copies of letters and receipts from Lieber and Swearingen, newspaper articles, photographs, etc.; original affidavit citing the origin of the mug signed by Stephen Wolfe, Neil Hardin and Craig Gottlieb, and a copy of the Wall Street Journal, Mar. 26, 2014 with a story on the collection and photo of the mug on page six. A rare opportunity to purchase a unique presentation piece of the highest quality.