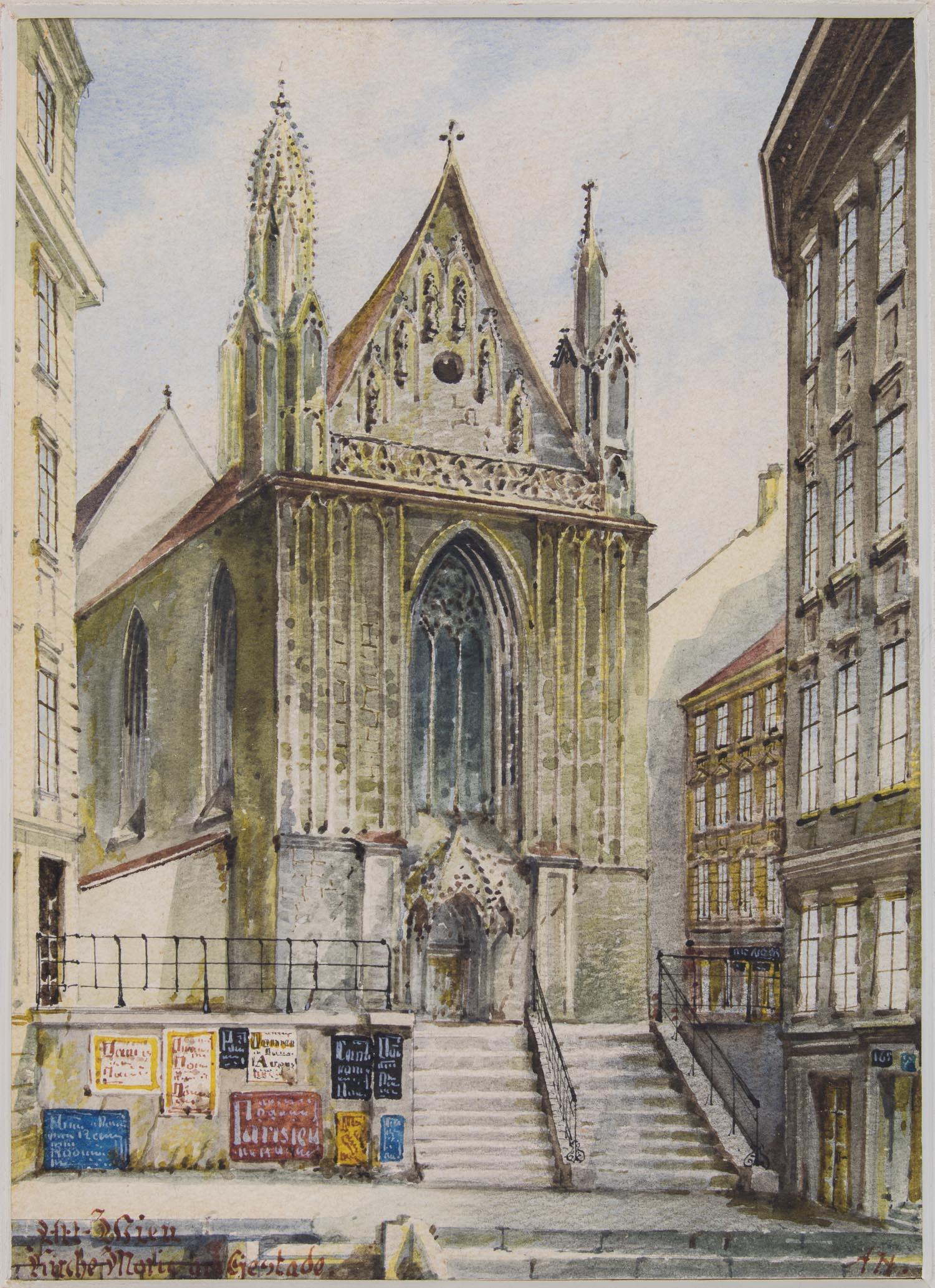 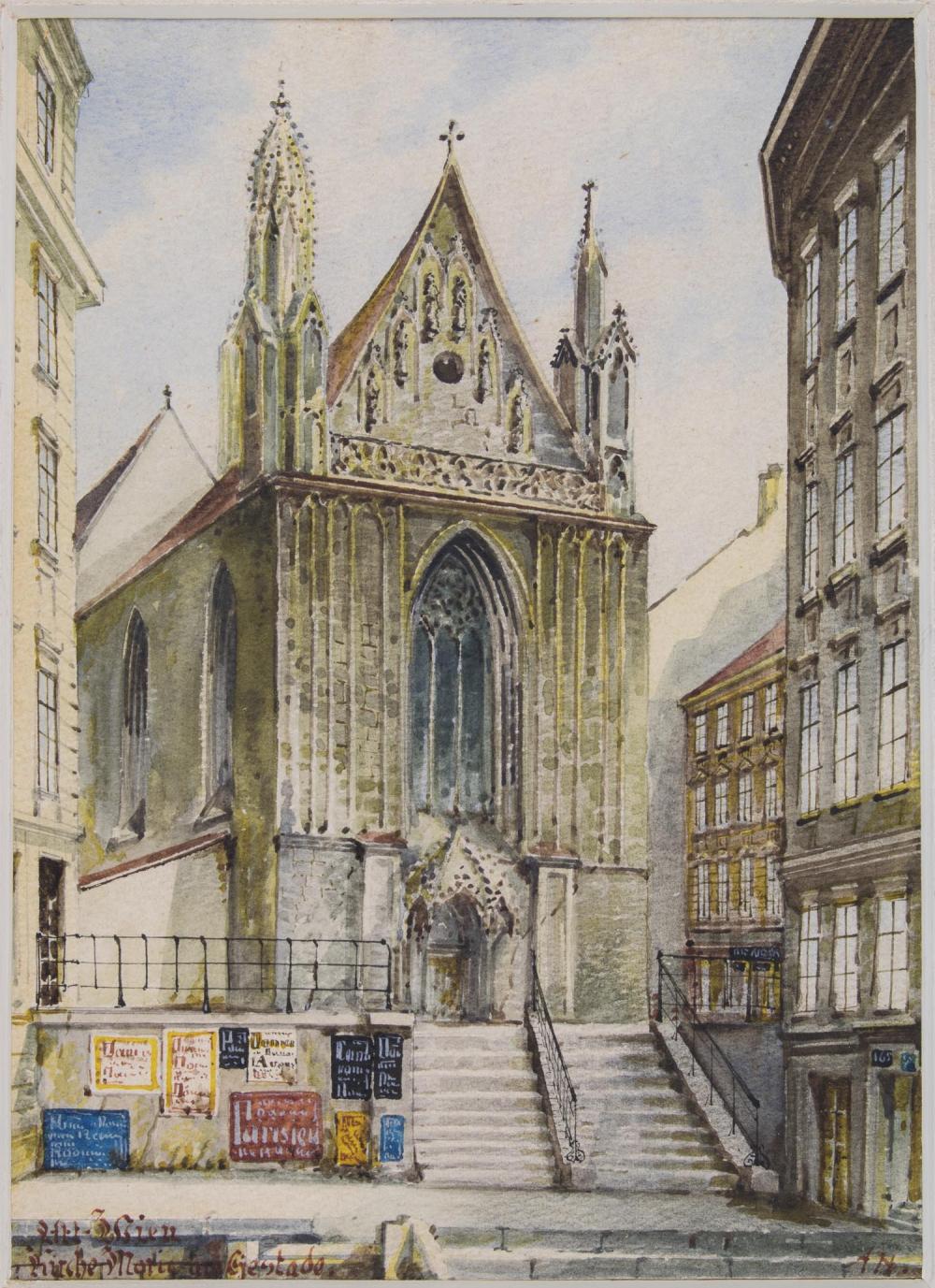 
Original watercolor painting executed by Adolf Hitler, initialed 'A H' at lower-right and titled by him: 'Alt-Wien Kirche Maria am Gestade' at lower-left. A well-executed work, typical of Hitler's rather stilted style with the poor perspective and a total lack of human figures. This work is better than most other Hitler efforts in that he has added a number of detailed signs posted on a wall at bottom, and included the name and location of the structure. The painting measures 6 x 8 in. (sight), and is in a period mat and frame, 13 x 15.75 in. overall. This same painting was last sold by Hermann Historica in 2016, Auction 72, Lot 7142 which description read in part: '......Stylistically consistent with two verified watercolours by Hitler with the same view, from the estates of the Italian minister Rodolfo Siviero and Eugenie (Jenny) Haug (1891-1944). Cf. 'Die Aquarelle Hitlers - Das wiedergefundene Werk - Zum Andenken an Rodolfo Siviero', Florence exhibition catalogue, Palazzo Vecchio, June 1984, catalogue no. 16. At the end of the war, Minister Rodolfo Siviero acquired 20 watercolours in South Tyrol from Gerda Bormann, the wife of Martin Bormann...who was commissioned to repurchase the watercolours painted by Adolf Hitler. Cf. Hermann Historica, Auction 50, 4 May 2006, lot 7431, a further watercolour by Hitler 'Maria am Gestade' from the estate of Eugenie (Jenny) Haug (1891-1944). As early as 1920, Jenny Haug was an ardent supporter of Hitler and a member of the Party, armed with pistols, she and her brother Hans Haug were Hitler's constant companions. The watercolour was a gift from SS General Karl Wolff to the property manager of the Palace of the Dukes of Pistoia in Bolzano, Gino Marri, whom he held in high esteem...' The work brought nearly $30,000 in that sale. This painting is, in our experience, nearly identical in regards to subject, size, composition, technique, and perspective to almost every other authentic Hitler painting offered by us and other experienced auctioneers of Hitler's works. Having sold many Hitler watercolors over the past thirty years, we are completely confident in the authenticity of this example.