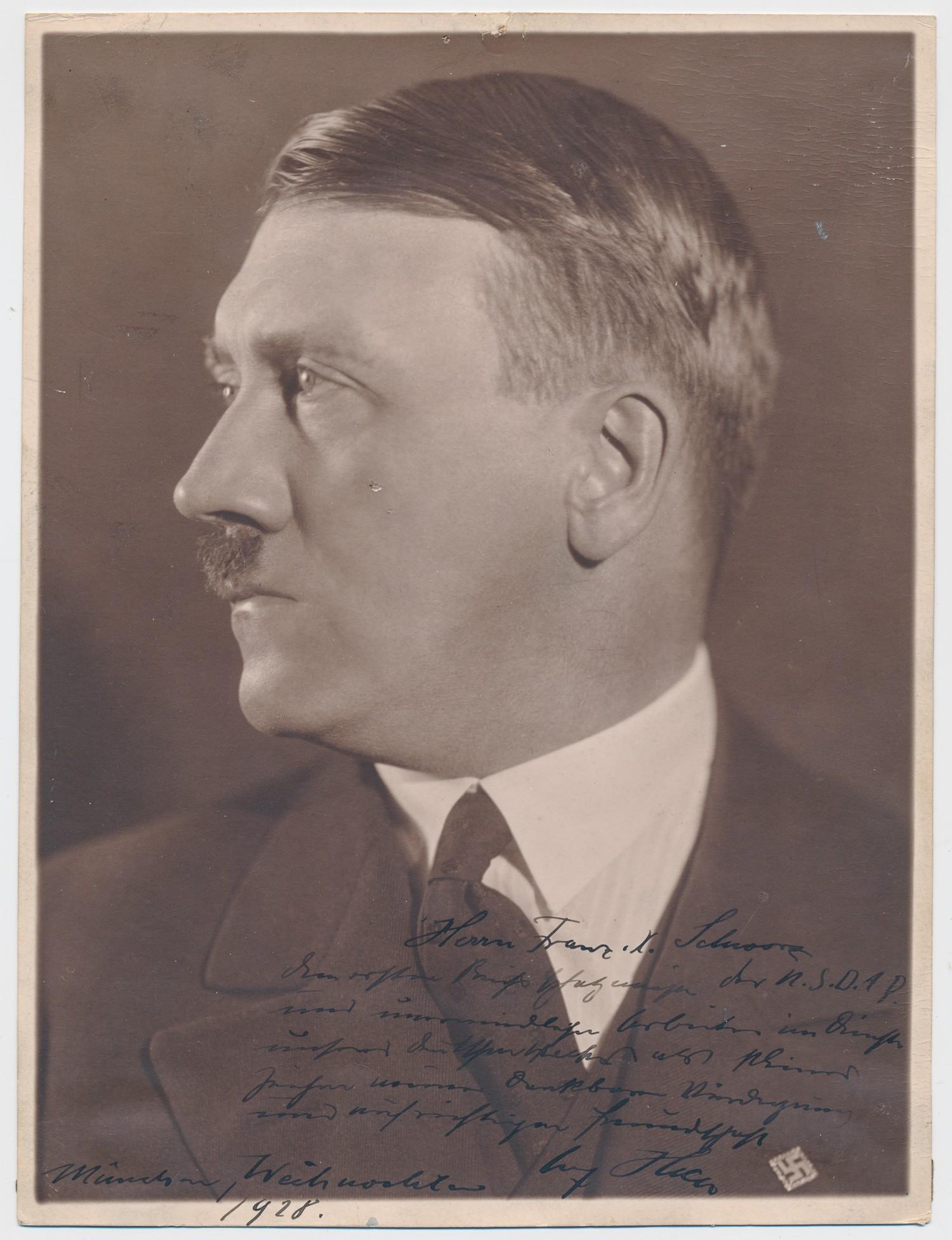 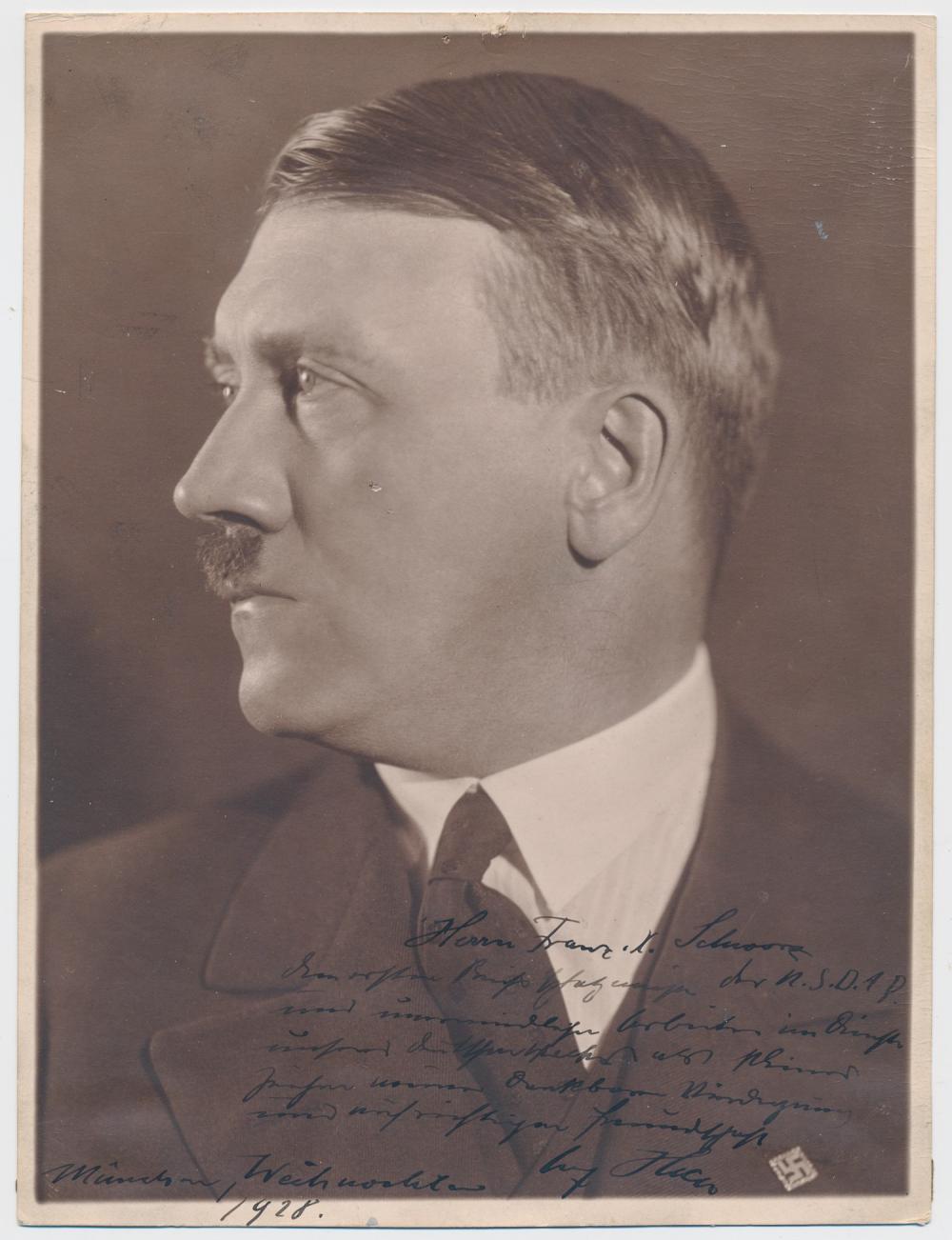 Description: ADOLF HITLER INSCRIBED PHOTO TO FRANZ XAVER SCHWARZ
(1889 - 1945) Fuhrer of Germany and Nazi Party leader, Hitler's bloody rise to power, his military seizure of most of Europe and North Africa and his genocidal racial policies culminated in suicide in his Berlin bunker as Russian troops approached. A superlative association inscribed and signed photograph, 6.75 x 9 in., a chest-up portrait of Hitler signed and presented to FRANZ X. SCHWARZ, National Treasurer of the Nazi Party during most of the Party's existence. At bottom, the photograph is sincerely signed and inscribed in black fountain pen: 'To Franz X. Schwarz, the Reich Treasurer of the NSDAP and tireless worker in the service of our German people, as a small token of my grateful appreciation and sincere friendship, Adolf Hitler, Munich, Christmas 1928'. Small ding to the facial area of the image, light surface irregularities at upper-right, tack hole at top and mounting remnants on the reverse. Still in fine condition, and entirely acceptable. Schwarz was one of Hitler's oldest associates, marching with him in the failed Beer Hall Putsch, becoming party member '6' after the NSDAP's reestablishment in 1925, and leaving his job as an accountant at the Munich City Hall to become the full-time NSDAP treasurer just a week later. It was Schwarz who raised the money for the publication of Hitler's 'Mein Kampf', and later negotiated the purchase of the party headquarters, the Brown House. -