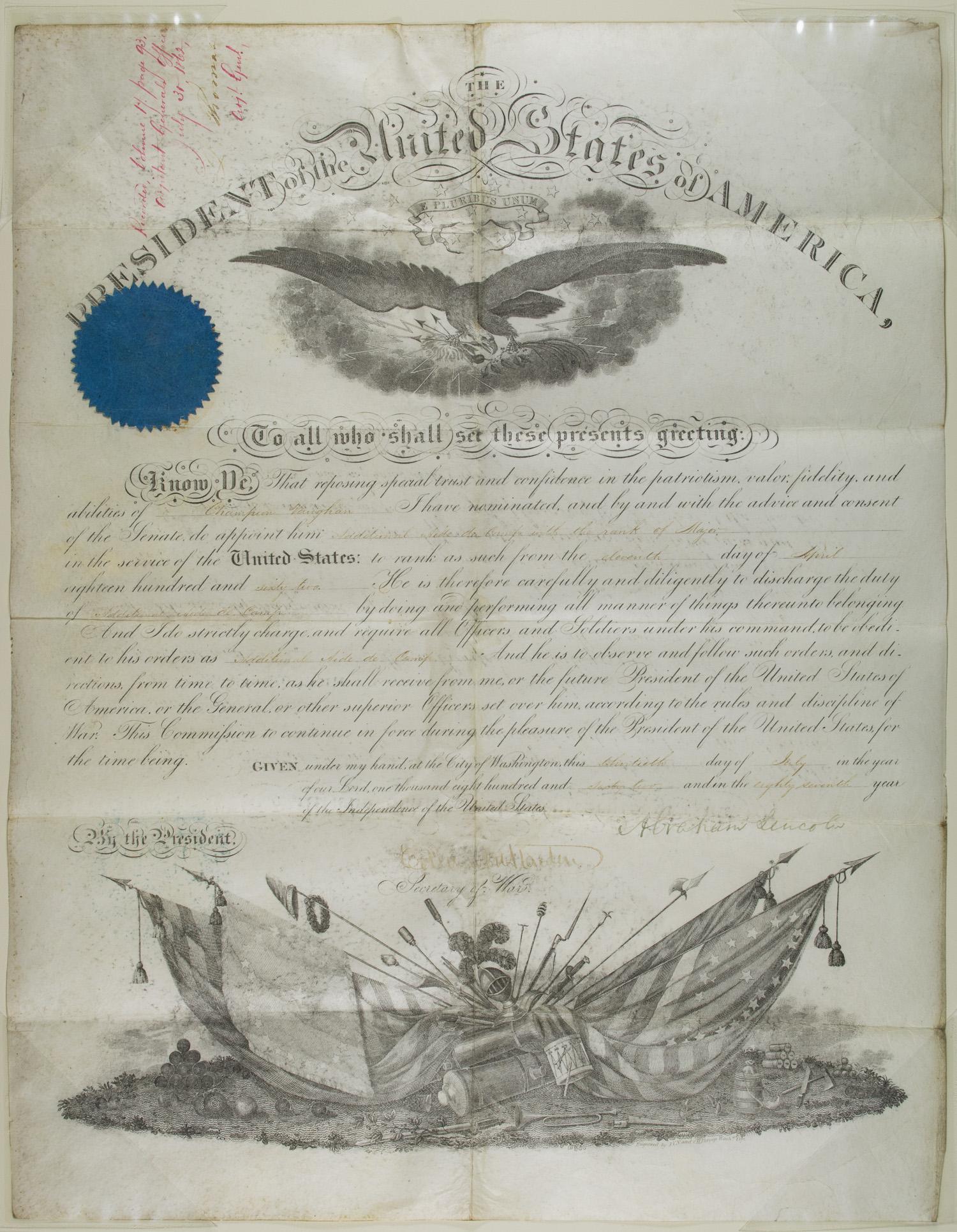 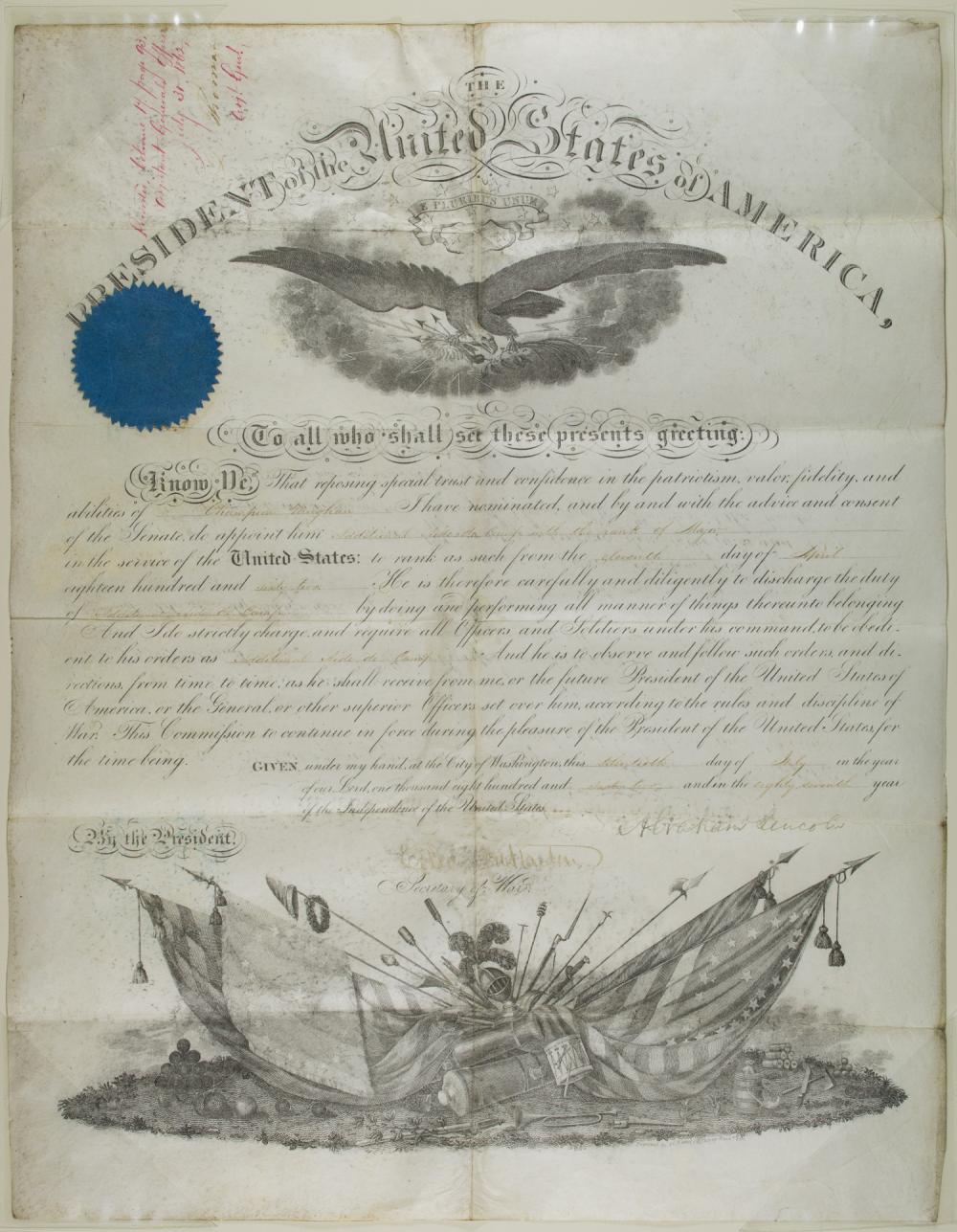 ABRAHAM LINCOLN
(1809 - 1865) Sixteenth President of the United States who led the Union through the Civil War and emancipated the slaves, assassinated. Partly-printed D.S. 'Abraham Lincoln' as president, 1p. folio parchment, Washington, Sep. 17, 1861, the appointment of Champion Vaughan to serve as 'Additional Aide de Camp with the rank of Major'. Co-signed at bottom by Secretary of War EDWIN M. STANTON. Stanton's signature and engrossment are a bit light, Lincoln's signature is much darker. Parts of the document and the signatures are soiled or lightly affected by offsetting, conditions we believe could be easily remedied at little cost. Nicely matted and set into a gilt wood frame. Vaughan was born in South Carolina and enlisted as a major on Jan. 6, 1862. He remained in the service for the entire length of the war, being mustered out on Oct. 5, 1865.