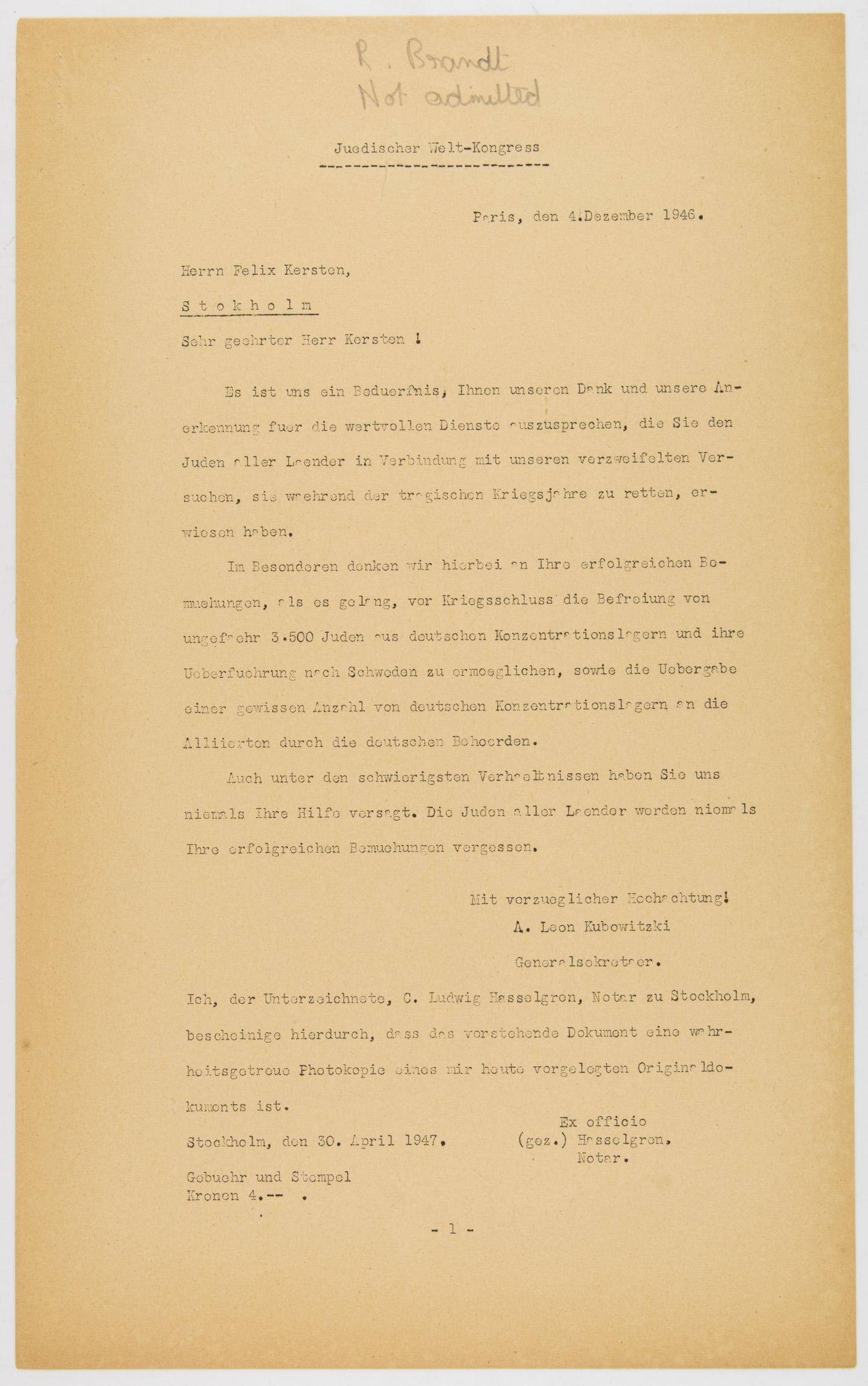 An excellent copy of a letter taken from the documents division at Nuremberg, 1p. 4to., Paris, Dec. 4, 1946, from General Secretary of the World Jewish Congress thanking Heinrich Himmler's personal physician FELIX KERSTEN for assisting Jews in escaping concentration camps. In part: '...We need to express our gratitude and appreciation for the profound service you have rendered to the Jews of all countries in connection with our desperate attempts to save them during the tragic years of war. In particular, we are thinking of your successful efforts when it was possible...to liberate around 3,500 Jews from German concentration camps and transfer them to Sweden, as well as the handover of a certain number of German concentration camps to the Allies...You have never denied your help, even under the most difficult of circumstances. The Jews of all countries will never forget your successful endeavors...' The conclusion bears a typed passage from a Stockholm notary, confirming that the document is an exact copy presented to him on April 30, 1947. Adding value and extreme rarity, a Nuremberg official has written in pencil 'R. BRANDT...Not admitted' at the top, suggesting that the letter was originally proposed as evidence against Himmler's Personal Administrative Officer RUDOLF BRANDT. Brandt was charged at the Doctors' Trial for his role in murdering 86 Jewish inmates at Auschwitz, then preparing their skeletons for public display at an anatomy institute to exhibit their 'subhuman' and 'repulsive' characteristics. He was later executed for war crimes in 1948. One staple hole, paper clip indent, else fine. Taken from a large grouping of Nuremberg documents consigned to us.