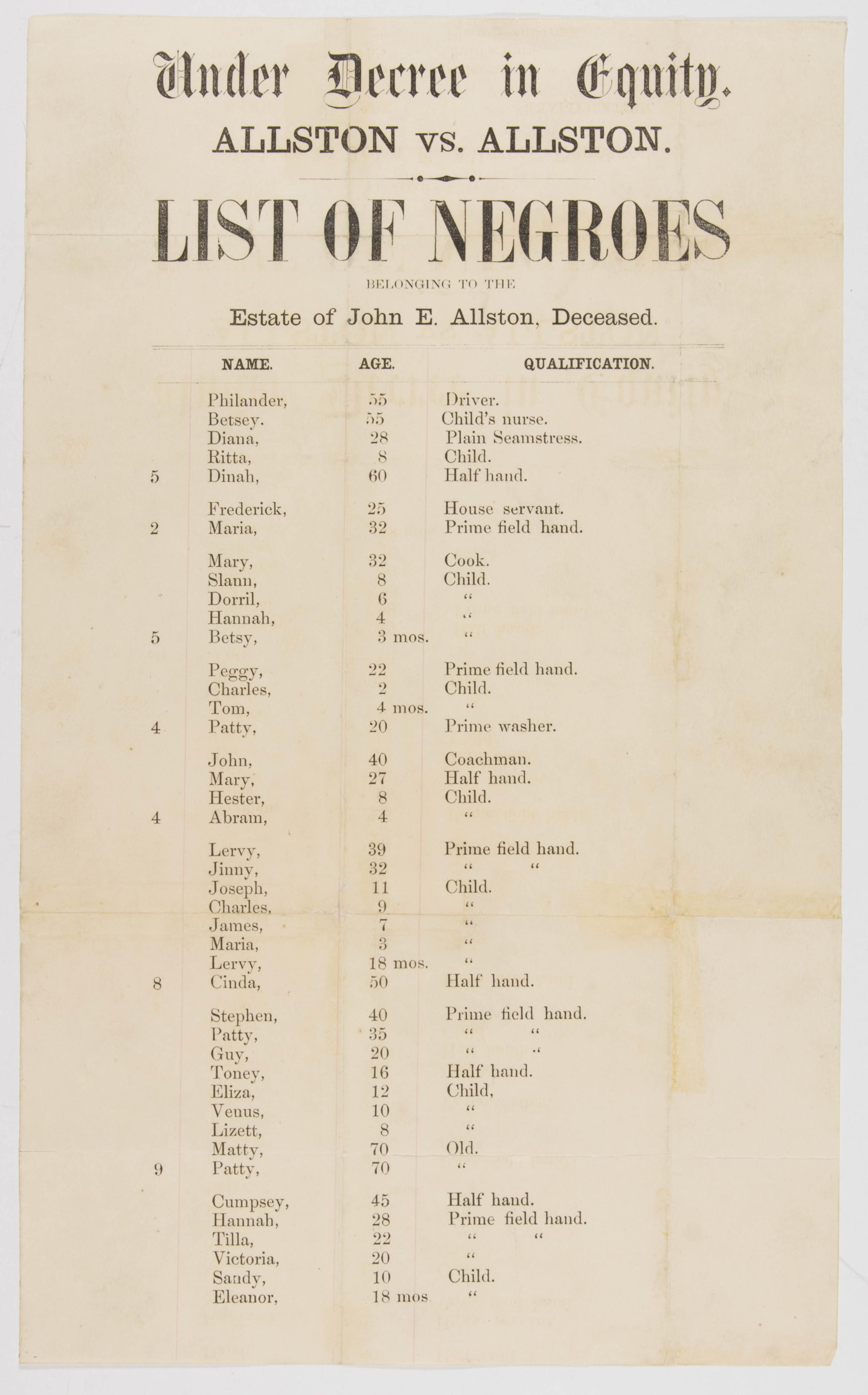 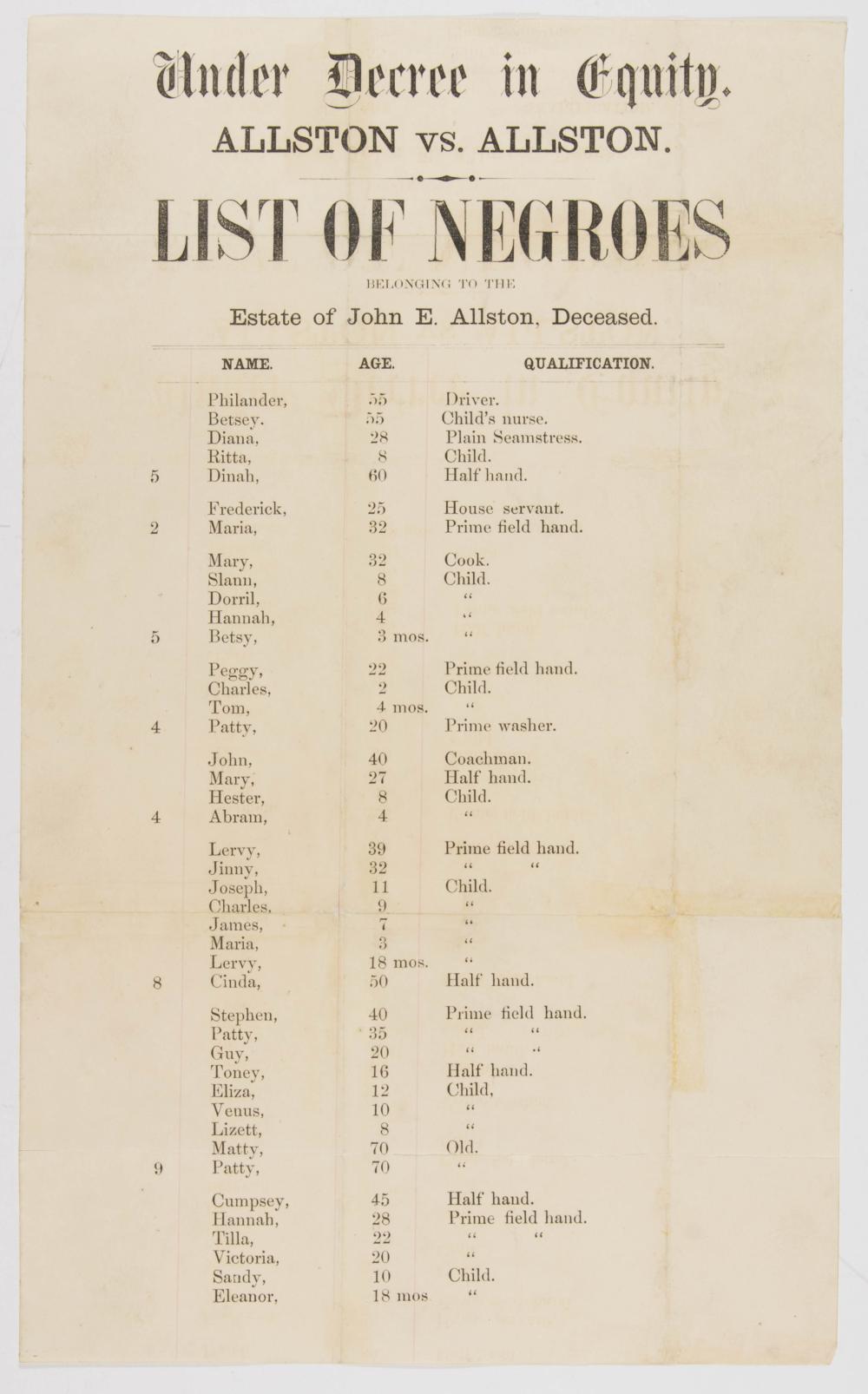 Description: SLAVE AUCTION BROADSIDE OFFERS 43 SLAVES
Antebellum Slave Auction Broadside advertising 43 slaves from the estate of a South Carolina governor's relative. The 1p. 8.25 x 13.5 in. broadside advertises an upcoming slave auction. It is not dated but the typography suggests a period between ca. 1820-1865. The broadside is headlined: 'Under Decree in Equity. Allston v. Allston. LIST OF NEGROES Belonging to the Estate of John E. Allston, Deceased. The names, ages, and 'qualification' of all 43 slaves are itemized below, in what appear to be family groups (which sometimes was a precondition of sale.) Allston's 43 slaves ranged in age between 3 months to 70 years. Of the 24 adults and 19 children offered for sale, 16 were male, 24 were female, and three were indeterminable by first name (Slann, Dorril, Sandy, etc.) The 'Qualification' column indicates which tasks the slaves performed. Household slaves included a cook, washer, seamstress, driver, coachman, and child's nurse, while there were 15 part-time or full-time field hands. Some are listed as 'Prime Field Hand', others simply as 'Old'. Expected paper folds, some splits professionally repaired. Isolated ghost ink impressions and stains, else near fine. John E. Allston has not been definitively identified, but he was almost certainly a relative of Robert Francis Withers (R.F.W.) Allston (1801-1864), an extremely wealthy planter politician who served as Governor of South Carolina between 1856-1858. The Allston family had emigrated from England in the late seventeenth century and soon split into two branches, one centered in Warren County, North Carolina, and the other focused in Georgetown County, South Carolina. R.F. W. Allston's side of the family possessed several city residences and plantations, including their ancestral home Chicora Wood. Owning nearly 700 slaves, R.F. W. Allston was the eighth largest slave owner in the United States upon his death. John E. Allston could very well have been a cousin. A fine historical document.