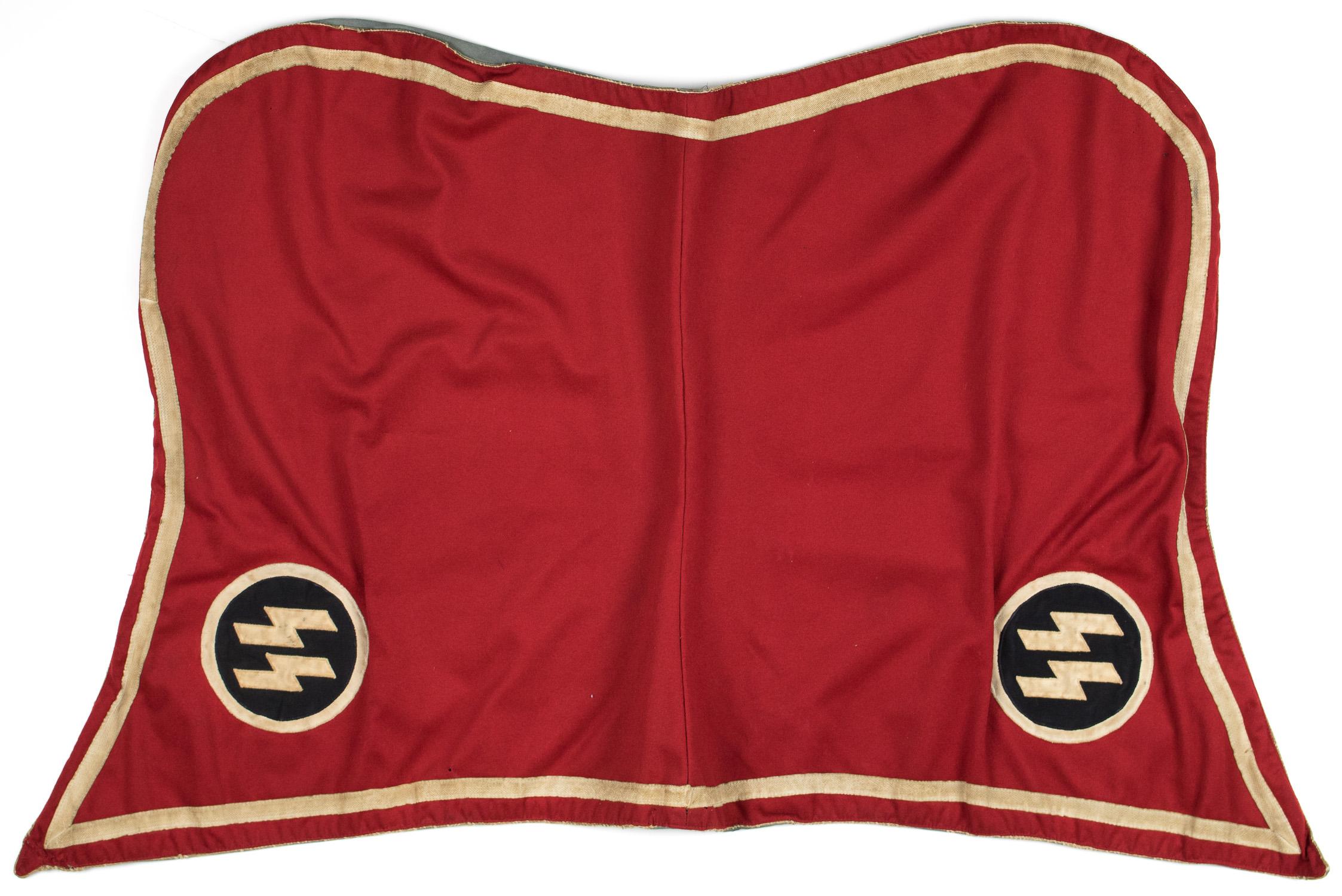 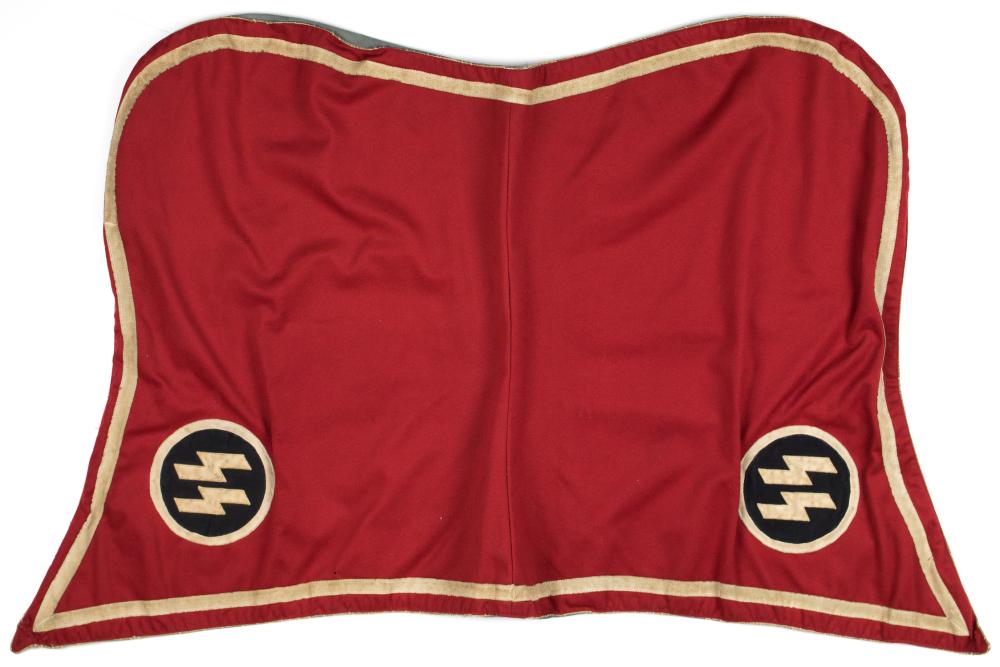 Rare 'shabrack' or 'saddlecloth' used by SS kettle drummers in ceremonial parades, 38 x 31 in. (open), constructed of two strips of red wool stitched together at the center, with each side bearing a sewn-on 6 in. dia. black patch bearing two white 'sig' runes. The exterior bears an ornate 1 in. border of white interwoven thread near the perimeter, and the gray cloth interior bears a sewn-on black RZM tag with SS runes and no other identifiers or serial numbers. Various light spots of staining to the interior cloth, as well as some spots of mothing to the exterior, suggests its previous use. Very good condition. Period images show that shabracks were quite scarcely used in SS parades, and when they were used, they varied wildly in style. Our research has found black shabracks bearing a German national eagle instead of the sig runes shown here, lighter-than-black saddlecloths (presumably red) bearing SS runes in black rather than in white, and a near-identical example as sold here, yet on a black field rather than a red one. Our research has found none that exactly match our example, thus the piece is sold as-is out of an abundance of caution. Sold with additional research.