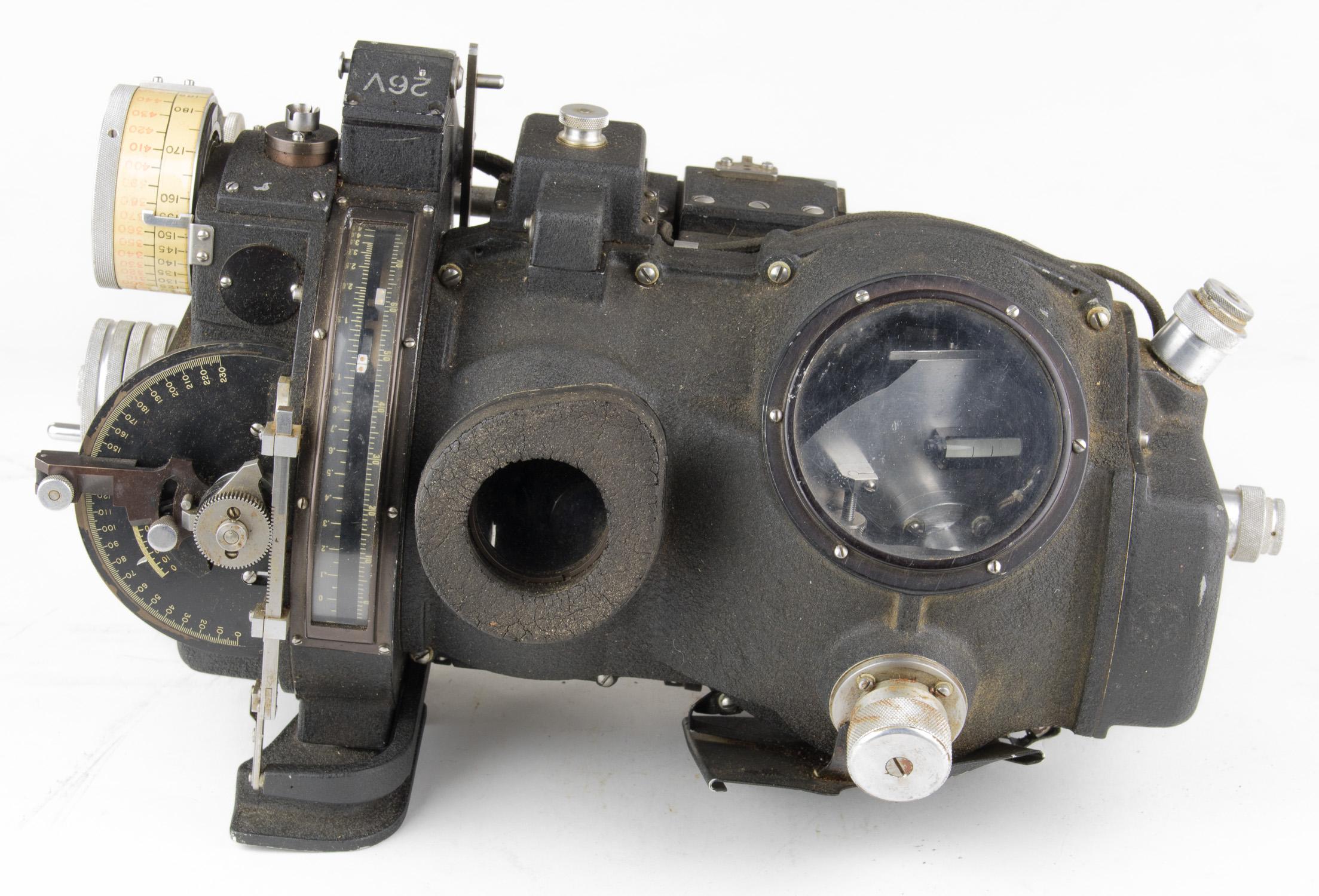 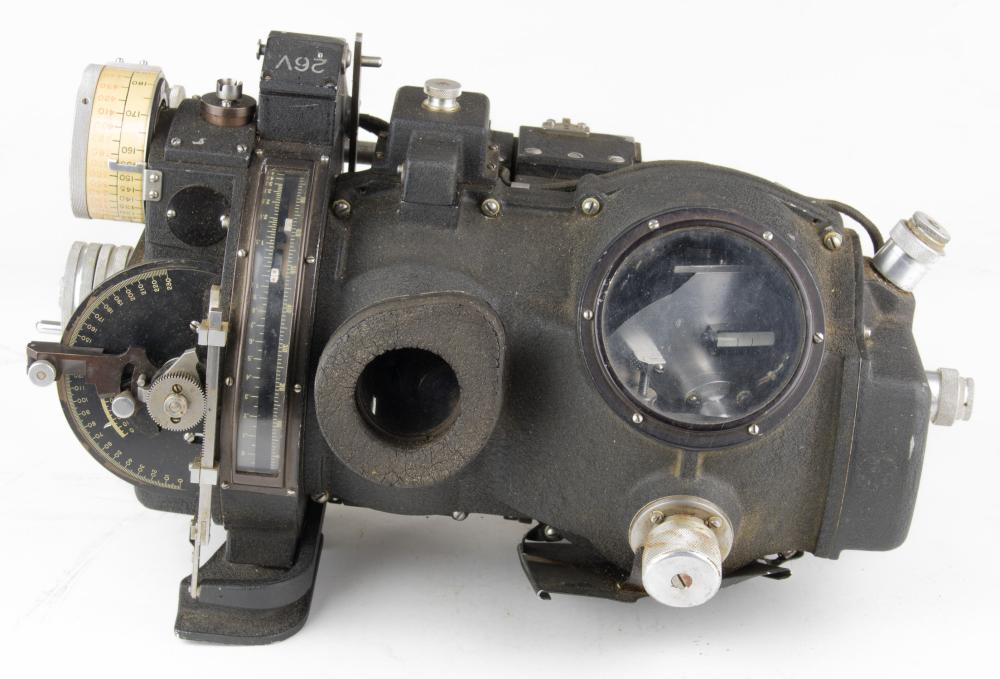 One of the most advanced pieces of technology used in action during World War II, a Norden M9B bomb sight, as used in most U.S. level bombers of the war, including the B-17, B-24, B-25 and B-29. The instrument's overall dimensions are approx. 15 x 11.5 x 11 in. The sight head consists of a gyroscopic stabilization platform at right, with a mechanical computer at left, with the bombardier's eyepiece located between the two. Dials allow the bombardier to input the aircraft's estimated altitude, speed and flight direction. A glass window allows monitoring of the gyroscope, the most critical component of the sight. The bomb sight calculates the current aim point internally and displays this as a sliding pointer on the index, located on the left-hand side. In operation, the sight would be set far in advance of the aim point, and as the bomber approached the target the sighting point indicator would slowly slide toward the aim point. When the two met, the bombs were automatically released. The stabilizing base (not present) would connect to the aircraft's autopilot system, placing the aircraft under the bombardier's command during its bomb run. The sight was manufactured by the Victor Adding Machine Co., the same maker as the bomb sights fitted to the B-29's 'Enola Gay' and 'Bock's Car', which dropped atomic bombs on Hiroshima and Nagasaki, respectively. The instrument shows only the most minor wear and tear, with clear optics and smooth articulation to the movable components, very good to fine overall. An iconic piece of wartime technology in excellent condition.