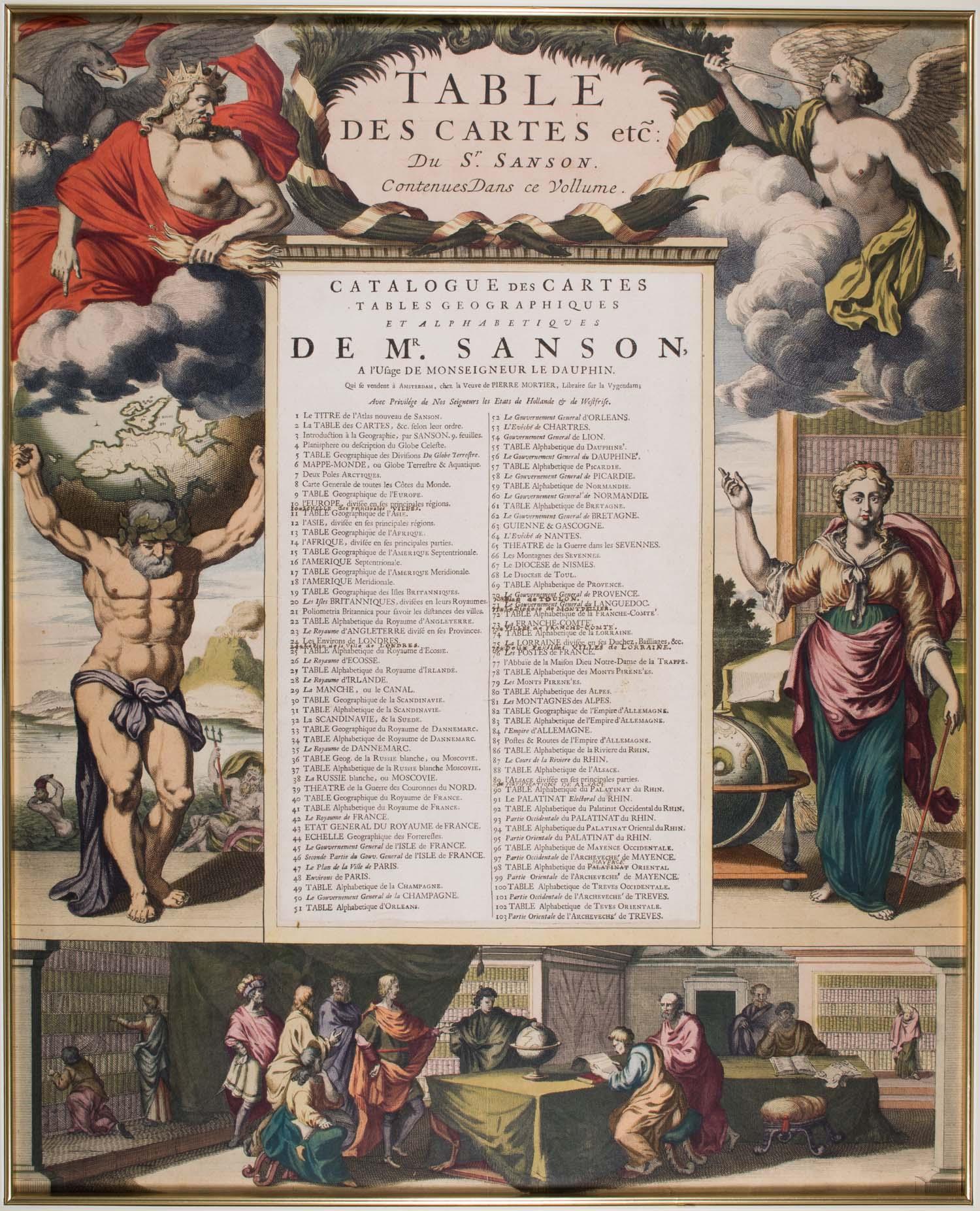 Description: Beautifully engraved index page of the 'Atlas Nouveau' - the largest atlas published at the time of its publication (in terms of paper size), and created via the partnership of CHARLES JAILLOT and NICHOLAS SANSON (1600-1667), often called 'the father of French cartography'. The design of this piece was first engraved by Sanson in 1681, and depicts geographic scholars at work on the lower cartouche. Other classical imagery surrounds the other margins, including Atlas hauling a world globe on his shoulders, Zeus atop a cloud with lightning bolds in hand, and an angel blowing a brass instrument. This particular example, measuring 16.5 x 19.5 in. (sight), bears a laid-down table of contents listing 103 maps, with an additional 7 maps annotated by hand for a total of 110 maps. As indicated towards the center, this piece likely stems from a rare transition atlas, published by Pierre Mortier, sometime between 1692 (when Mortier's atlas bore 99 maps) and 1696 (when Mortier's atlas bore 111 maps). The index page is housed loosely between a white mat, totally sized 25 x 29 in., held together at the edges by blue tape. The verso of the piece has also been taped to the reverse of the mat, non-visible within the frame. We have not attempted to remove it for fear of damaging the item, though it may be possible if carefully attempted. One very slight tear at left edge, barely visible under normal conditions, else very fine condition. Perfect for display! While this particular engraving has not been placed up for auction according to our research, a complete two-volume set of the Atlas Nouveau sold for 16,380 pounds at Sotheby's in August 2020.