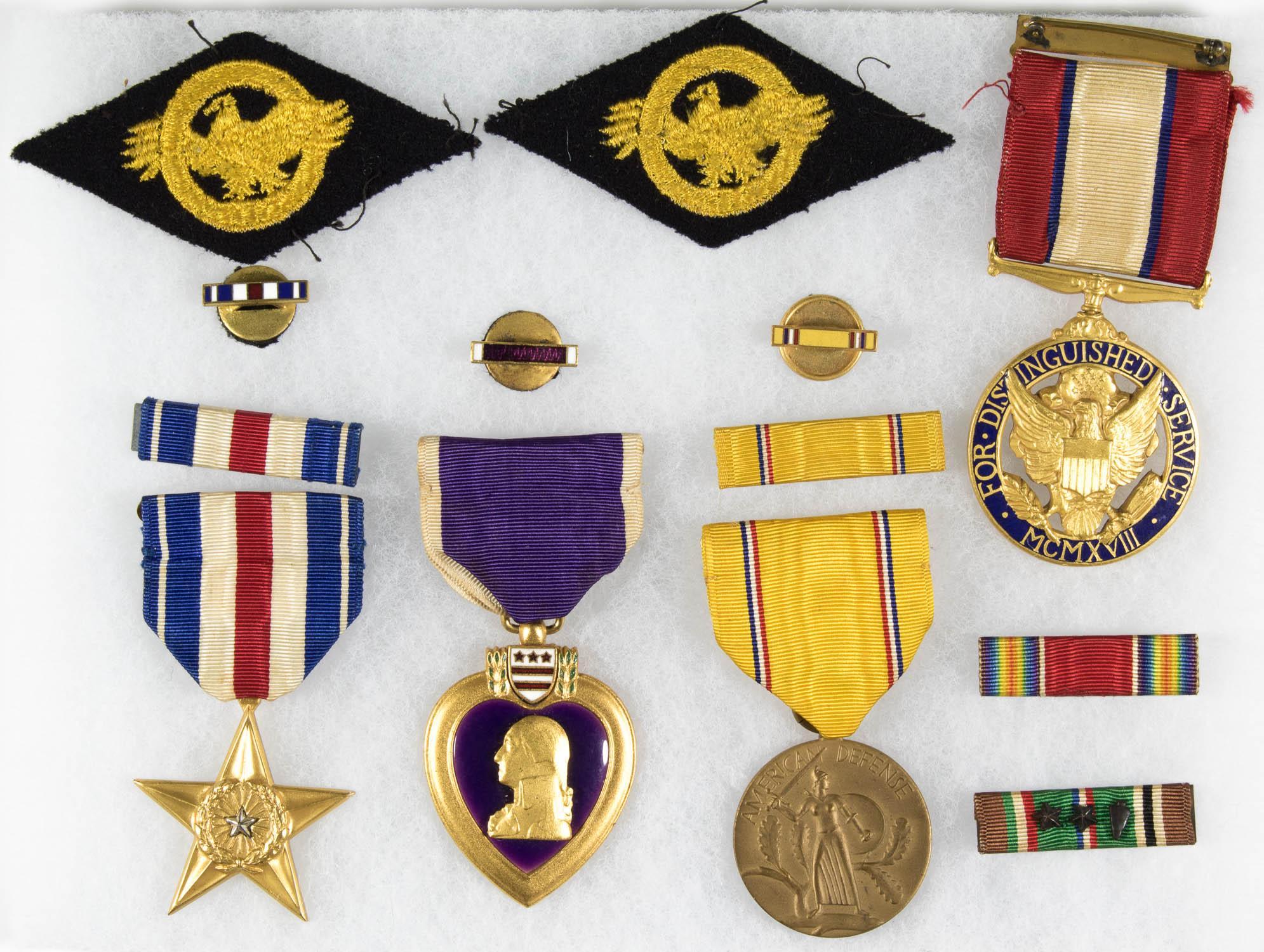 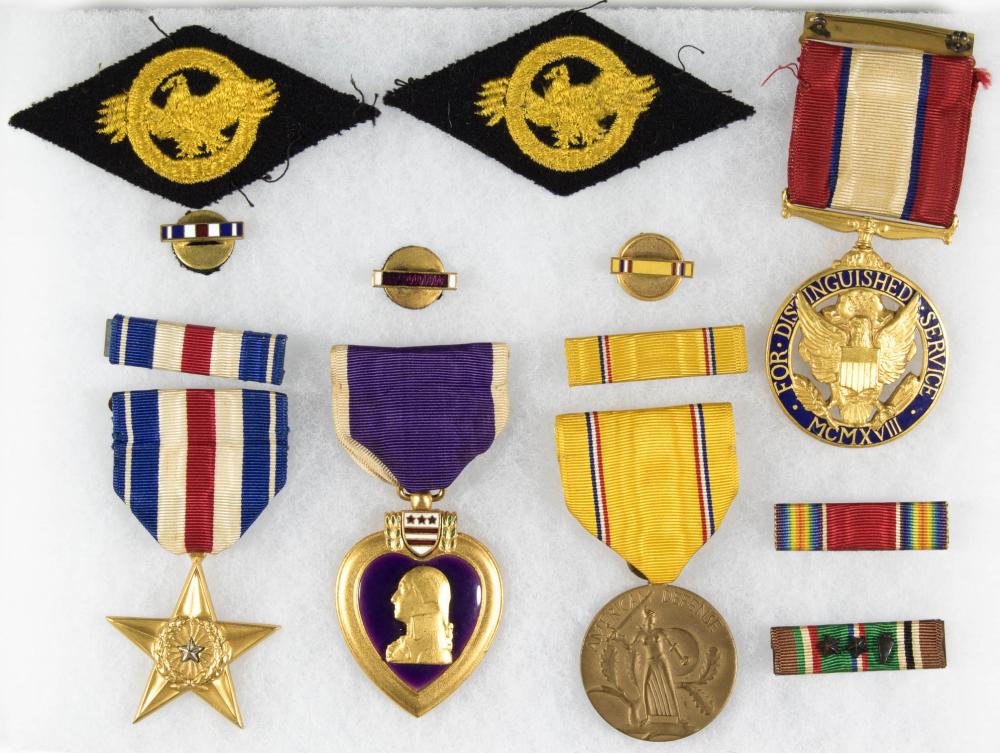 
Excellent grouping of medals belonging to American Capt. Carter B. Johnson, killed in action during the North African campaign. Included is Johnson’s Silver Star medal, named on the reverse, with ribbon bar and lapel pin; Purple Heart medal, named on the reverse, with lapel pin; Distinguished Service Medal, unnamed on the reverse; American Defense Service Medal, with ribbon bar; the ribbon bar of a World War II Victory Medal; the ribbon bar from the European-African-Middle Eastern Campaign Medal, bearing two service stars and an 'Arrowhead Device', authorized for those who participated in airborne or amphibious assault landings; and two vintage 'Ruptured Duck' patches. Sold with a death certificate, indicating Johnson's death 'in the service of his country in the North African Area, January 28, 1943', bearing Roosevelt's facsimile signature at bottom-right. An excellent grouping.