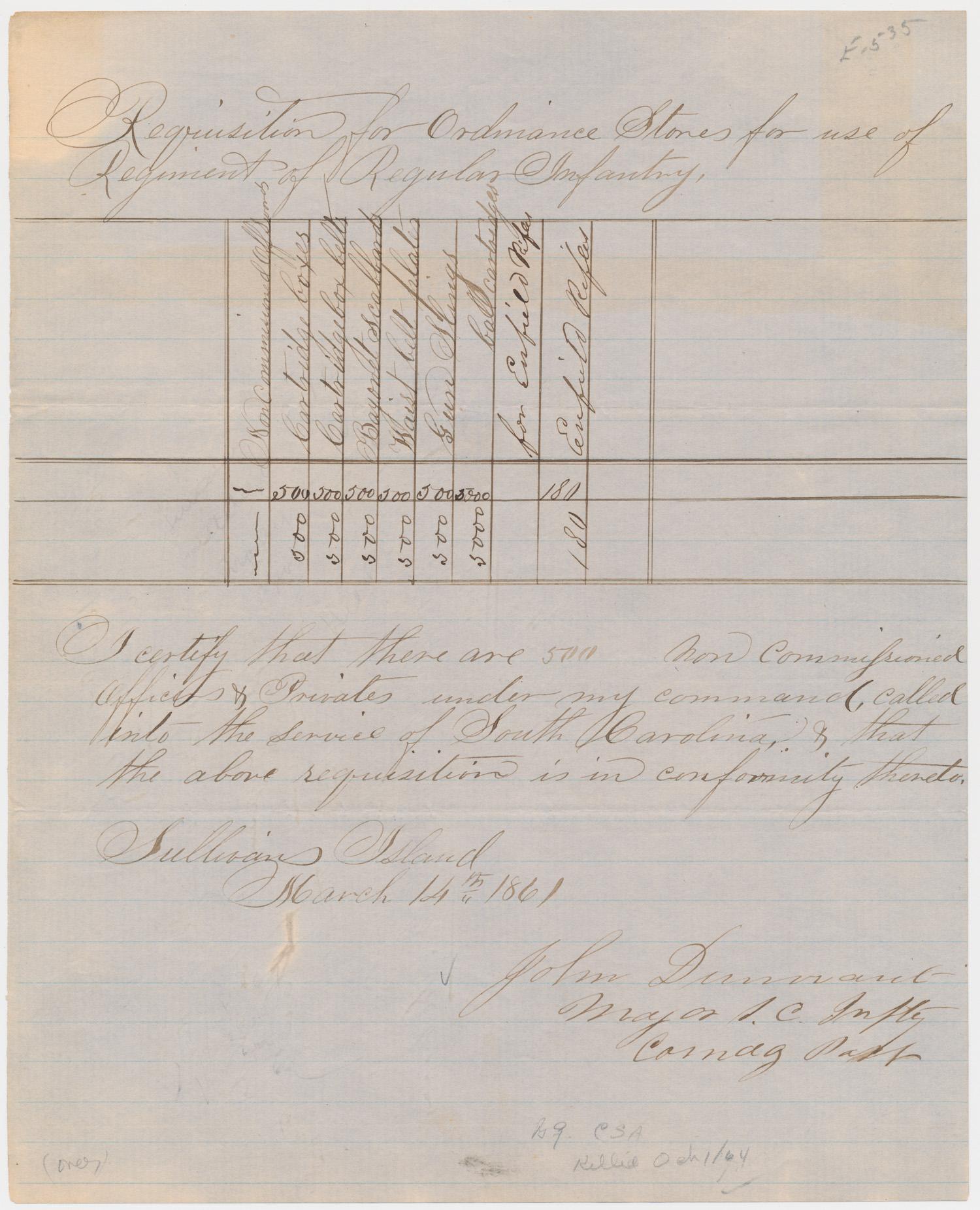 (1825 - 1864) Confederate brigadier general who commanded the 1st South Carolina Regulars and later the 5th South Carolina Cavalry Regiment. He was in command of a cavalry brigade in the later part of the Overland Campaign and the early part of the Siege of Petersburg. He was killed at the Battle of Vaughan Road on October 1, 1864. Very rare manuscript D.S.as 'Major S.C. Infty Comdg Post', 1p. 4to., Sullivan's Island, Mar. 14, 1861 - less than a month before nearby Fort Sumter would be bombarded starting the Civil War. Dunovant signs a 'Requisition for Ordnance Stores' for smaller arms and ammunition, including 180 'Enfield Rifles', cartridge boxes, gun slings, and 5,000 cartridges, all very likely in preparation for an anticipated assault on Sullivan's Island, or perhaps even Sumter. Nicely signed with rank at bottom. Near fine.