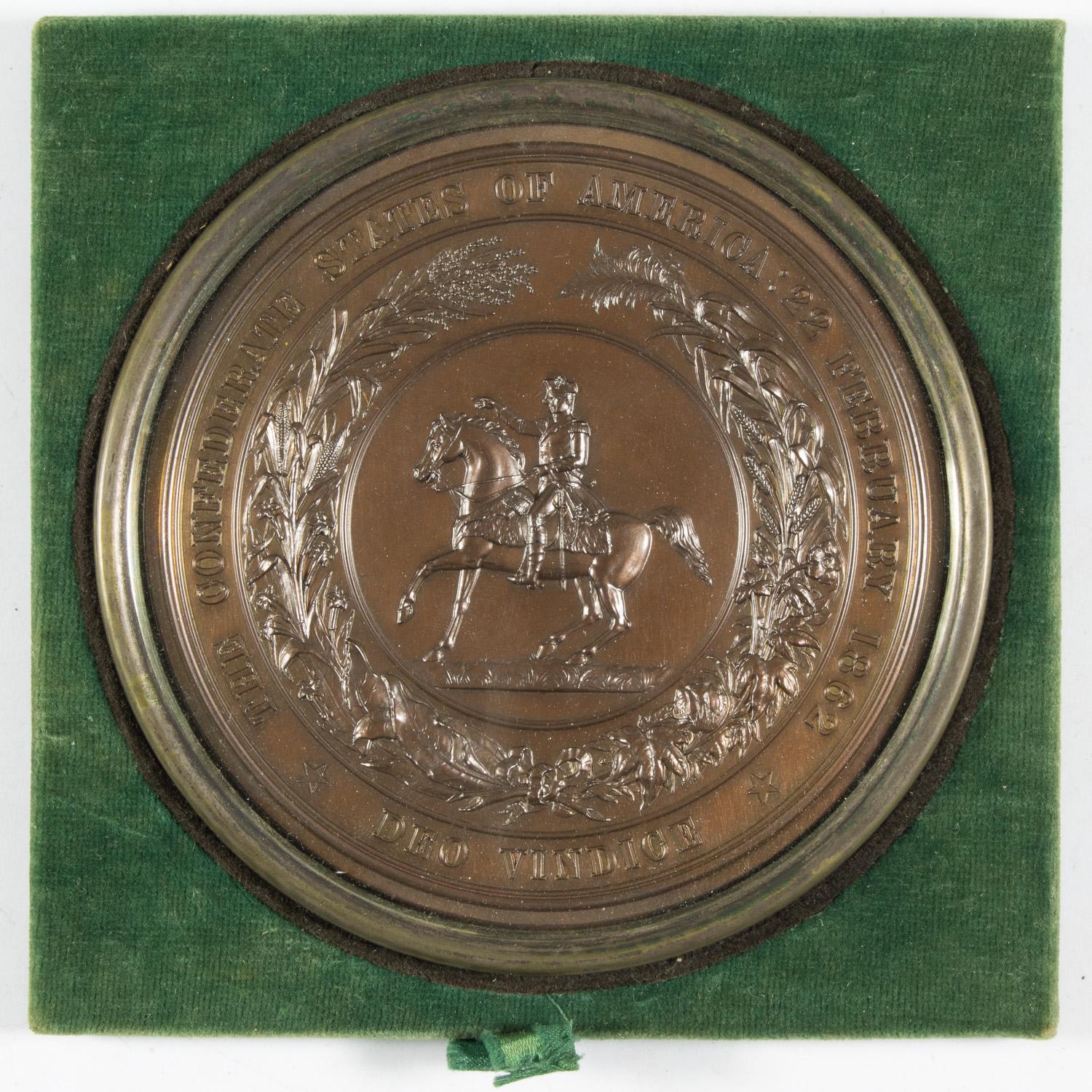 GREAT SEAL OF THE CONFEDERACY 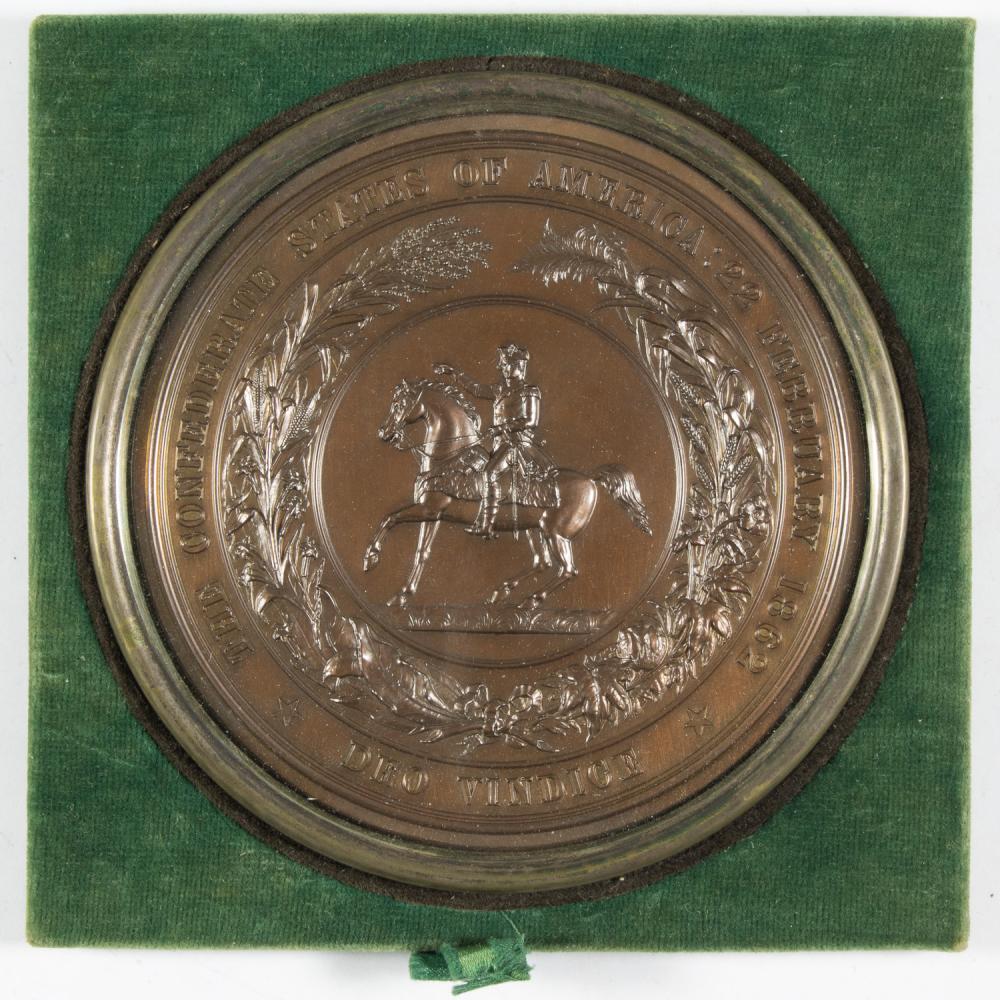 GREAT SEAL OF THE CONFEDERACY

Description: GREAT SEAL OF THE CONFEDERACY
The Great Seal of the Confederate States of America, copper electrotype shell, with case, ca. 1872, 93 mm. The original Great Seal of the Confederate States of America was designed by Joseph S. Wyon in London, England for Confederate commissioner James M. Mason, who represented the Confederate interests in England during the Civil War. The original striking was in silver, but it was 'lost' (smuggled out) in the evacuation of the Confederate capitol at Richmond. The original seal later came into the possession of Col. John T. Pickett, who had electrotype copies made in copper, silver, and gold. The design depicts a central equestrian image of George Washington surrounded by an ornate wreath of cotton, tobacco, wheat, and corn, with the legend THE CONFEDERATE STATES OF AMERICA: 22 FEBRUARY 1862 DEO VINDICE. The medallion is housed in a velvet-lined leather case, presented under glass in a brass bezel. The case is included as part of this lot, showing moderate wear. The clasp in non-functional. It is estimated that no more than 20 such electrotype medals exist, although far fewer have been traced. The present medallic shell is pristine and essentially flawless. The exact year of reproduction is thought to be 1872. A previous appearance of one of these medals in the Bowers & Ruddy Garrett Collection auction quotes an 1874 letter from the firm J.S. & A.B. Wyon, Chief Engravers of Her Majesties Seals, verifying the electrotype copies were made from the original.