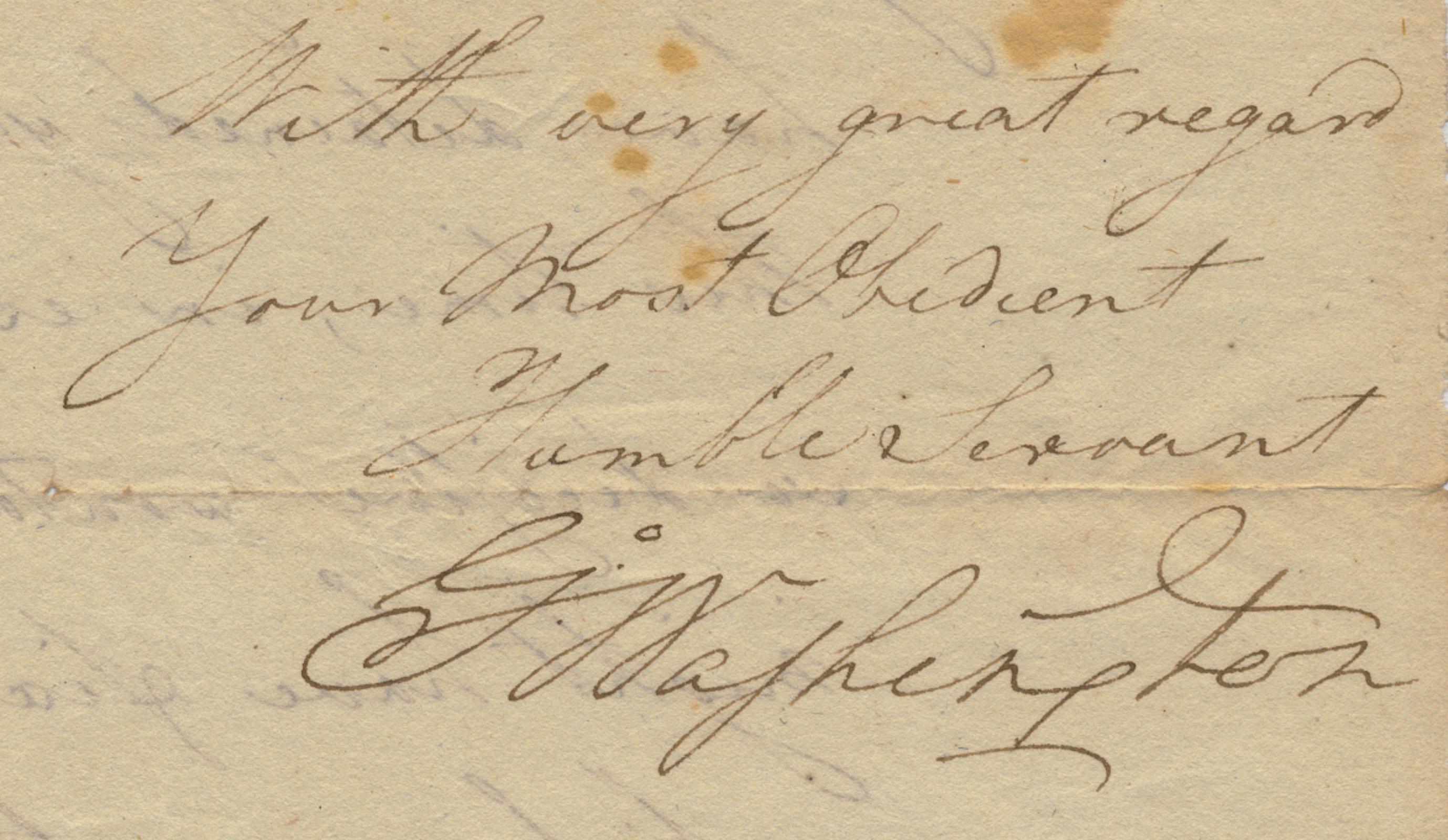 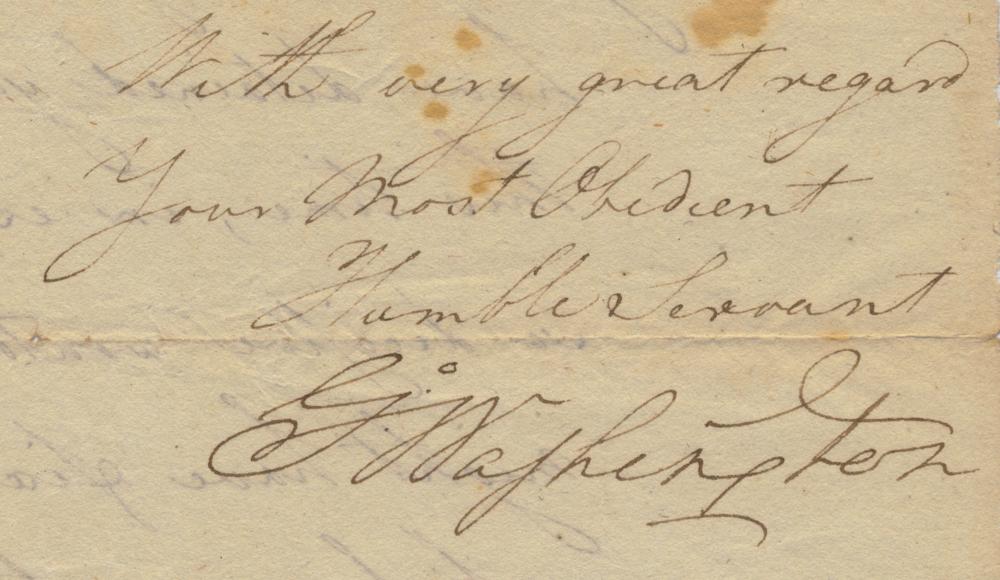 
(1732 - 1799) First President of the United States and commander of the Continental Army during the Revolutionary War. WASHINGTON PREPARES TO SEND TROOPS TO PUT DOWN THE DANGEROUS MUTINY OF THE PENNSYLVANIA LINE Historically important war-date L.S. 'Go: Washington' as Commander of the Continental Army, written in the aide of his hand DAVID HUMPHREYS (1752-1818), 2pp. 4to., 'Head Quarters New Windsor', Jan. 15, 1781 to to Major General ARTHUR ST. CLAIR (1737-1818). In full: 'The letter reads in full: 'I have duly received your favor of the 11th together with one from the Committee of Congress of the 9th Inst. as I had just dispatched an Express to you, with my Letter of the 12th. I have detained your Messenger until this time, in expectation that something so decisive would have turned up, as might have fixed the line of conduct which we ought to pursue. But nothing new having come to my knowledge, which could give sufficient ground for determination, since my last, I can only refer you to it. The Detachment shall be held in readiness till I hear from you, which I anxiously expect every Moment. Indeed nothing can be of greater importance, than to communicate with the utmost rapidity, every incident that may happen, during the continuance of this unhappy affair...' A few toned spots slightly affecting the legibility of perhaps seven letters of text, else fine condition with an excellent signature of the future president. In the winter of 1780, 2,473 Pennsylvania officers and men were encalmped at Mount Kemble, New Jersey with their commander, Major. Gen. Arthur St. Clair lodged in Philadephia. clothes, food, and pay were in short supply. In mid-December, Brigadier Gen. Anthony Wayne wrote to Joseph Reed, President of Pennsylvania's Supreme Executive Council: '...we are reduced to dry bread and beef for our food, and to cold water for our drink. . . . Our soldiery are not devoid of reasoning faculties...they have now served their country with fidelity for near five years, poorly clothed, badly fed, and worse paid...' The men were further disheartened by ambiguous language used to describe the length of their terms of the service. Sensing trouble and having faced down two small insurrections himself, Wayne remained on the scene. On January 1st at about 9:00 PM, some musket firing began and a skyrocket went into the air. Then soldiers began pouring out of their huts with their muskets and equipment. The column of now mutinous soldiers moved down the line of huts, seized four cannons, fired muskets into the air, and called for more men to join them. Mutineers forced the men of the 2nd Pennsylvania to join at bayonet point and fired a few cannon shots over the ranks of the 5th and 9th Regiments to convince them to join the revolt. One officer attacked and was killed, others were wounded. Wayne himself attempted to intervene, but the troops announced their intention to march to Philadelphia for redress on their pay, clothing, and enlistments. As over 1,500 men set off, led by their sergeants, Wayne sent two officers speeding to Philadelphia to alert Congress and the Executive Committee and dispatched an aide-de-camp to inform General Washington, who was at the army camp at New Windsor, New York. The fear that the men might 'turn Arnold' was justified when British General Henry Clinton sent emissaries from New York to meet the mutineers and offer them full pardons and pay in exchange for joining the Redcoats. Instead, the disaffected troops occupied Princeton while contemplating their march on Congress to demand release from their enlistments. The troops were represented by a 'Board of Sergeants' that negotiated with Congressional representatives. The two sides eventually reached a preliminary agreement, but that was not known to Washington, who was preparing to use force in the form of a detachment of New England troops when he wrote this letter. As the senior Pennsylvania officer, St. Clair had also been involved in the negotiations. By the end of January, the soldiers received shirts, shoes, blankets, woolen overalls and fifty Pennsylvania shillings, the equivalent of a month's pay. Almost the entire Pennsylvania Line went on furlough for sixty days, none of the mutineers received punishment, and 1,220 men were discharged. The Pennsylvania Line under Wayne would mutiny again, on a much smaller scale, four months later...and this time the consequences were brutal.