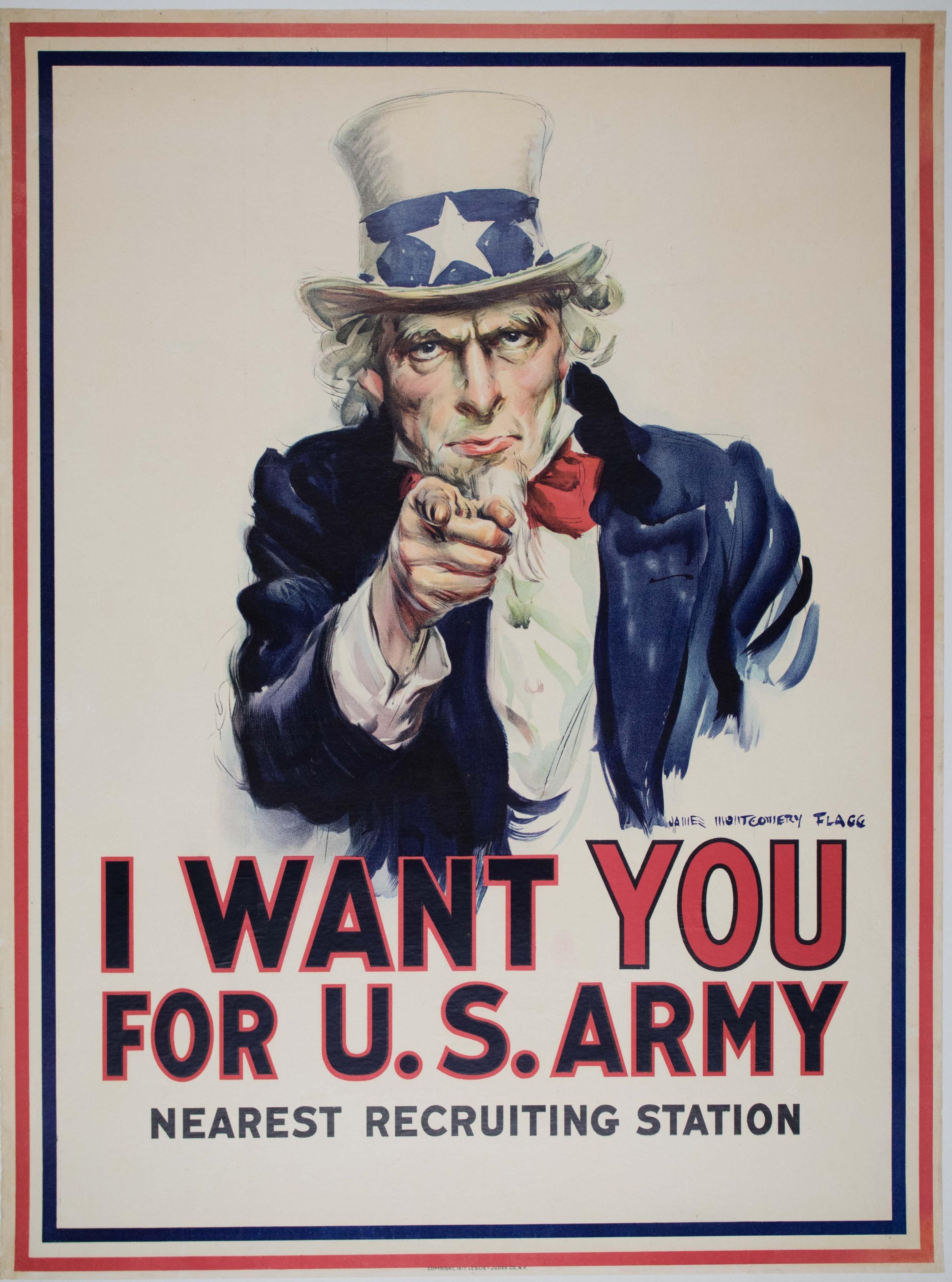 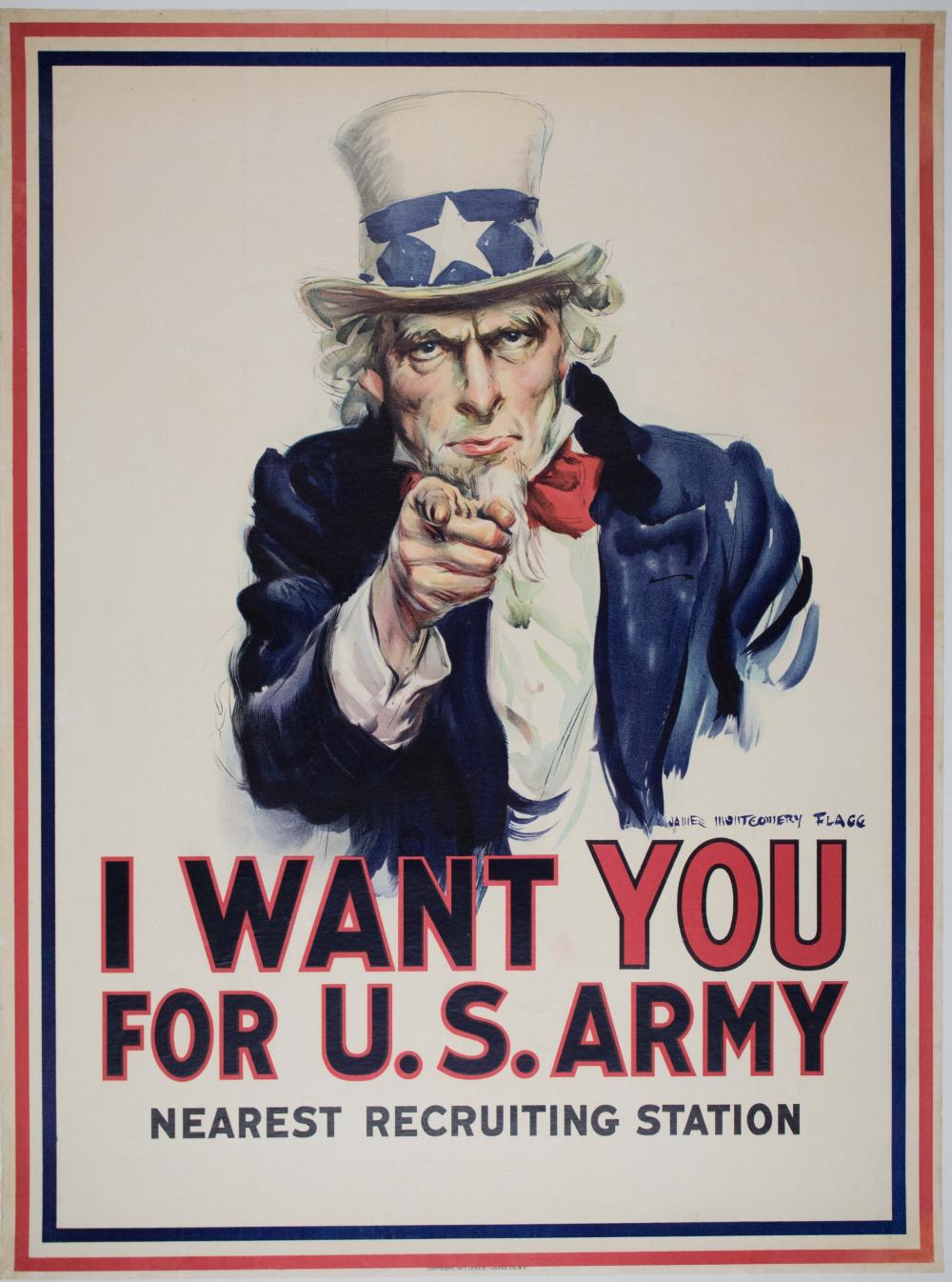 FIRST ISSUE OF FLAGG'S 'I WANT YOU' POSTER
Very rare original first issue printing of the famous 'Uncle Sam' poster created by James Montgomery Flagg which lead to the creation of the Uncle Sam campaign that is now synonymous with U.S Army recruitment, 30 in. x 40 in., New York, 1917, showing Uncle Sam pointing, surrounded by a border of red white and blue, above the caption ‘I want YOU for U.S Army nearest recruiting station.' Some nearly invisible rippling can be seen on the white background, else very fine and mounted to archival linen. Flagg drew his inspiration for Uncle Sam from the British 1916 'Lord Kitchener' poster which depicts Lord Kitchener pointing his finger in the same forceful way and calling on Britons to enlist. The first drawing of Uncle Sam was modeled on a self-portrait of Flagg. This image originally appeared on the cover of 'Leslie Magazine', for which Flagg worked as an illustrator. It appeared on the July 6th, 1916 cover, captioned: 'What are you doing for preparedness?' It did not appear with its, 'I Want You' text until February 15th, 1917. It is estimated that the Uncle Sam campaign contributed to the enlistment of millions of U.S. soldiers over the two world wars. This remains one of the most desirable of all posters.