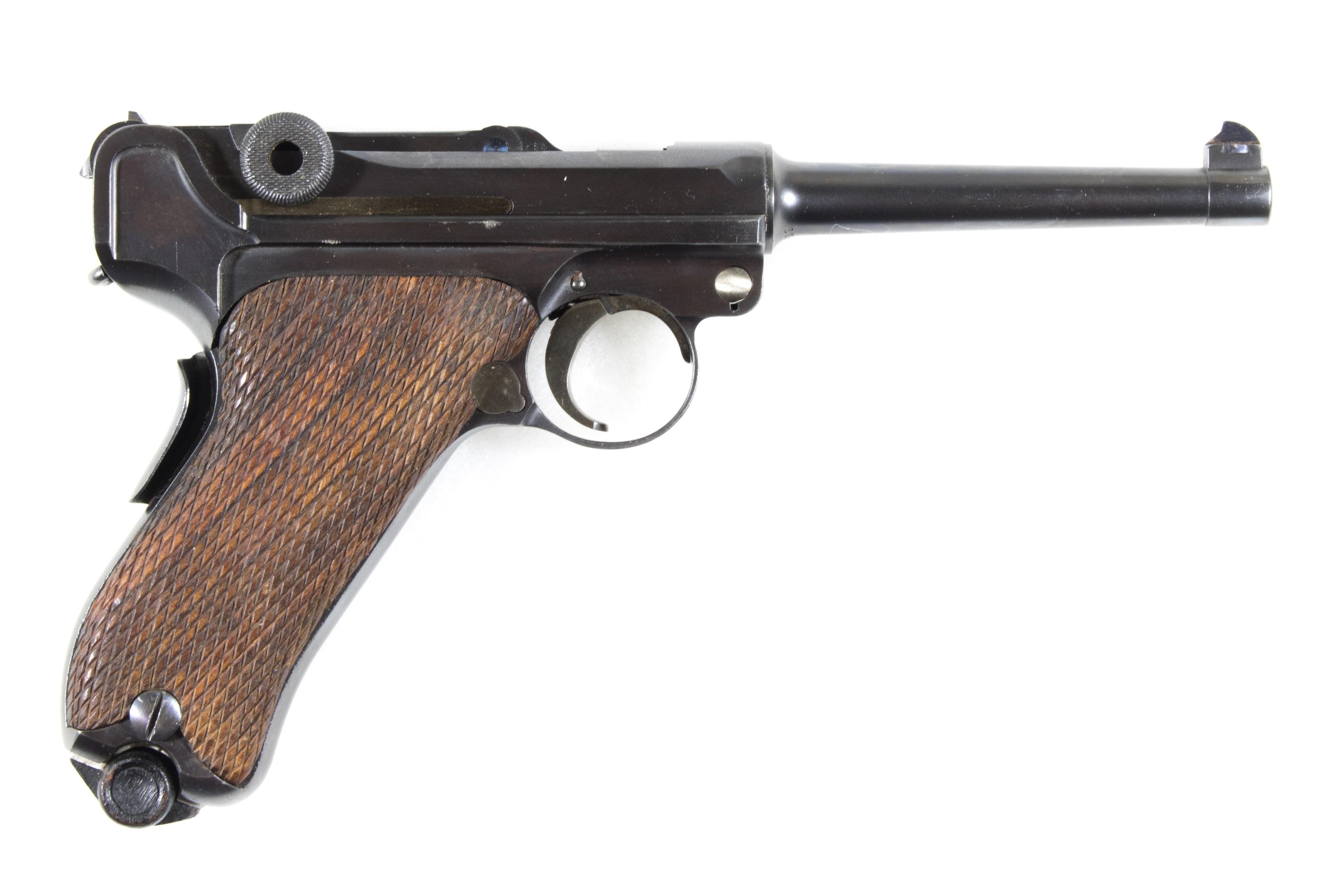 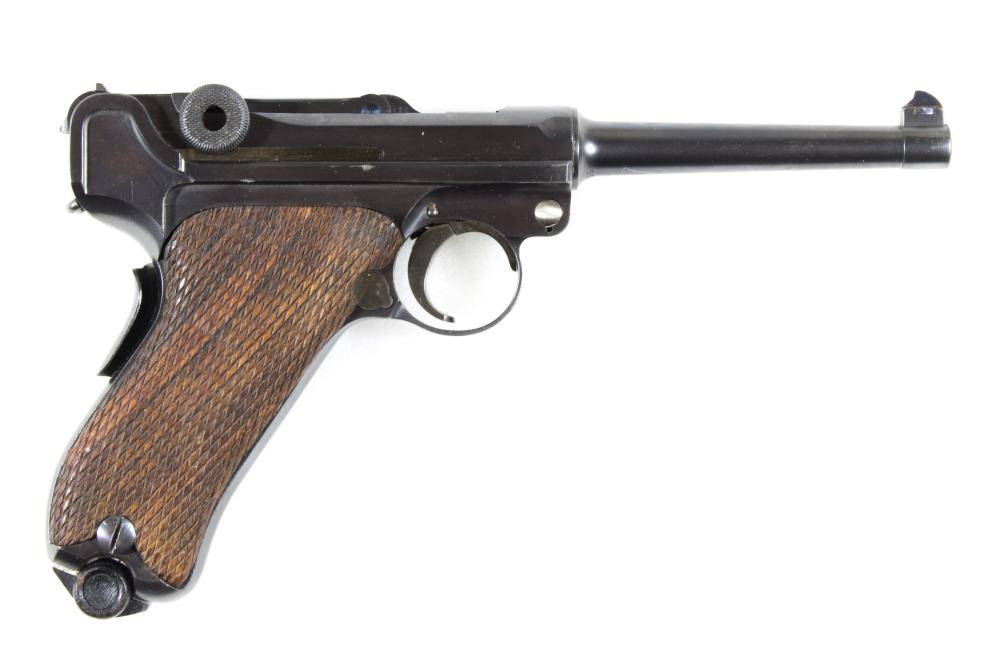 DWM 1906 COMMERCIAL P08 LUGER PISTOL
DWM 1906 Commercial Model P08 Luger also known as the "New Model", with the DWM 'Deutsche Waffen-und Munitionsfabriken AG' logo on the first toggle link and showing a blank chamber, indicating it was originally a commercial pistol made for sale within Germany. The gun has fixed 'V' notch sights, and a quick taper 'pencil' type 4 inch barrel, in 30 caliber. Toggle is of the flat unscalloped type, and the frame correctly has no stock lug on the backstrap, and also exhibits a grip squeeze safety. The frame is polished bright under the safety lever, in the position of the lower 'safety on' position, and the extractor being marked 'GELADEN' meaning 'Loaded'. A few of the small parts still showing very light strawing. Very clean original walnut grips with checkering in high relief and the larger more precise checking style that is typical to the swiss style grips commonly encountered on the 1906 model. Commercial as well as military proofs are present on several parts, such as 'Crown B', 'Crown U', and 'Crown G' proofmarks. Known as 'BUG' marked proofs, this indicates this pistol has history of being from both Commercial and Military sources. These guns were period arsenal refurbished, sometimes being re-barrelled (although not in this case, as is evidenced by the positioning of the serial number on the bottom of the barrel, and still being a 30 caliber), and adopted into the military. Matching external commercial pattern five digit serial numbers are marked in the commercial manner on the bottom of the barrel, as well as on the front of the frame. No export marks or shields are present. Serial Number: 27343 Rare top form Luger.