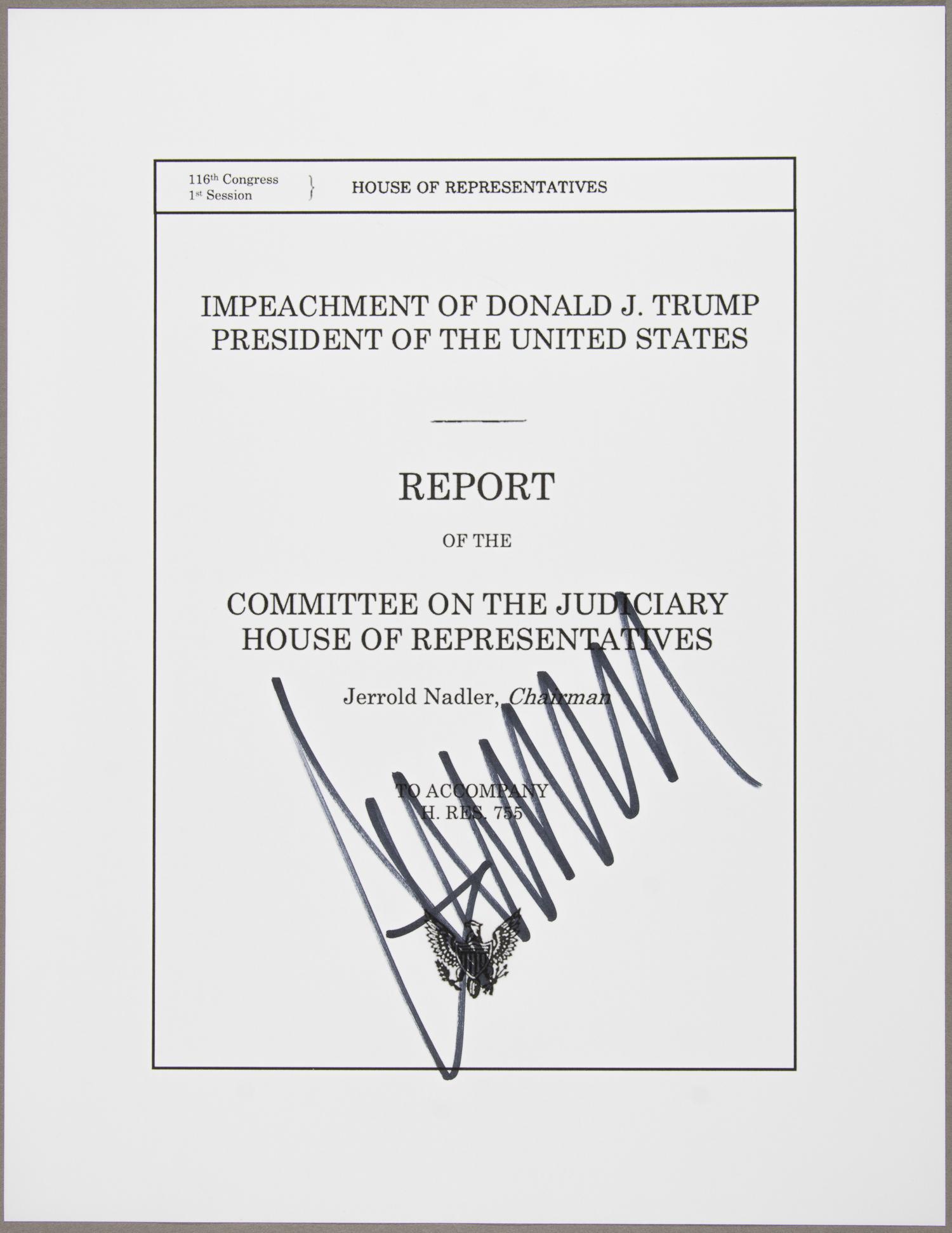 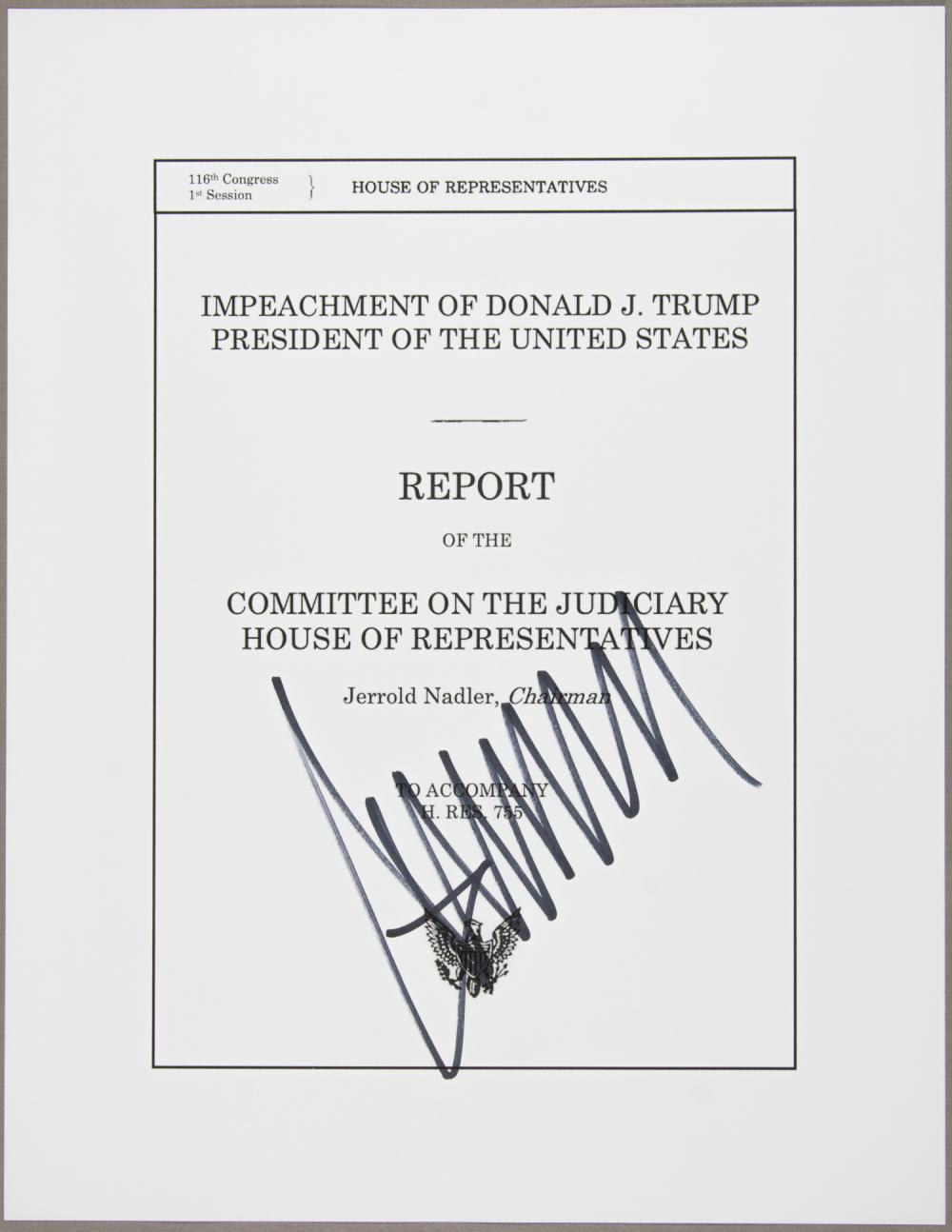 
DONALD TRUMP (b. 1946) Controversial American financier, deal maker and gambling mogul, once near bankruptcy, he recovered his wealth and successfully ran for president in 2016. A most controversial item, a signed copy of the cover sheet from the House Judiciary Committee's 'Report on the Impeachment of Donald J. Trump', titled H. Rep. 116-346, 1p. 4to., published December 16, 2019. This copy was signed in person by the President in bold black marker, and was obtained by a close member of the Trump administration. Of course, the potential of Trump's impeachment and the actual proceedings dominated headlines for months; this report itself charged Trump with "impeachable abuse of power...at the expense of both our national security and the integrity of our elections" and of doing "everything in his power to obstruct the House's impeachment inquiry". Weeks later, the House impeached the President for abuse of power and obstruction of Congress in a mostly party-line vote, with all Republicans opposing along with three Democrats. This made Trump the third U.S. president in history to be impeached and marked the first fully partisan impeachment, whereby a U.S. president was impeached without support from the President's own party. A truly historic and excessively rare piece, with only two other examples known to exist. An identical piece sold earlier this year for in excess of $80,000.