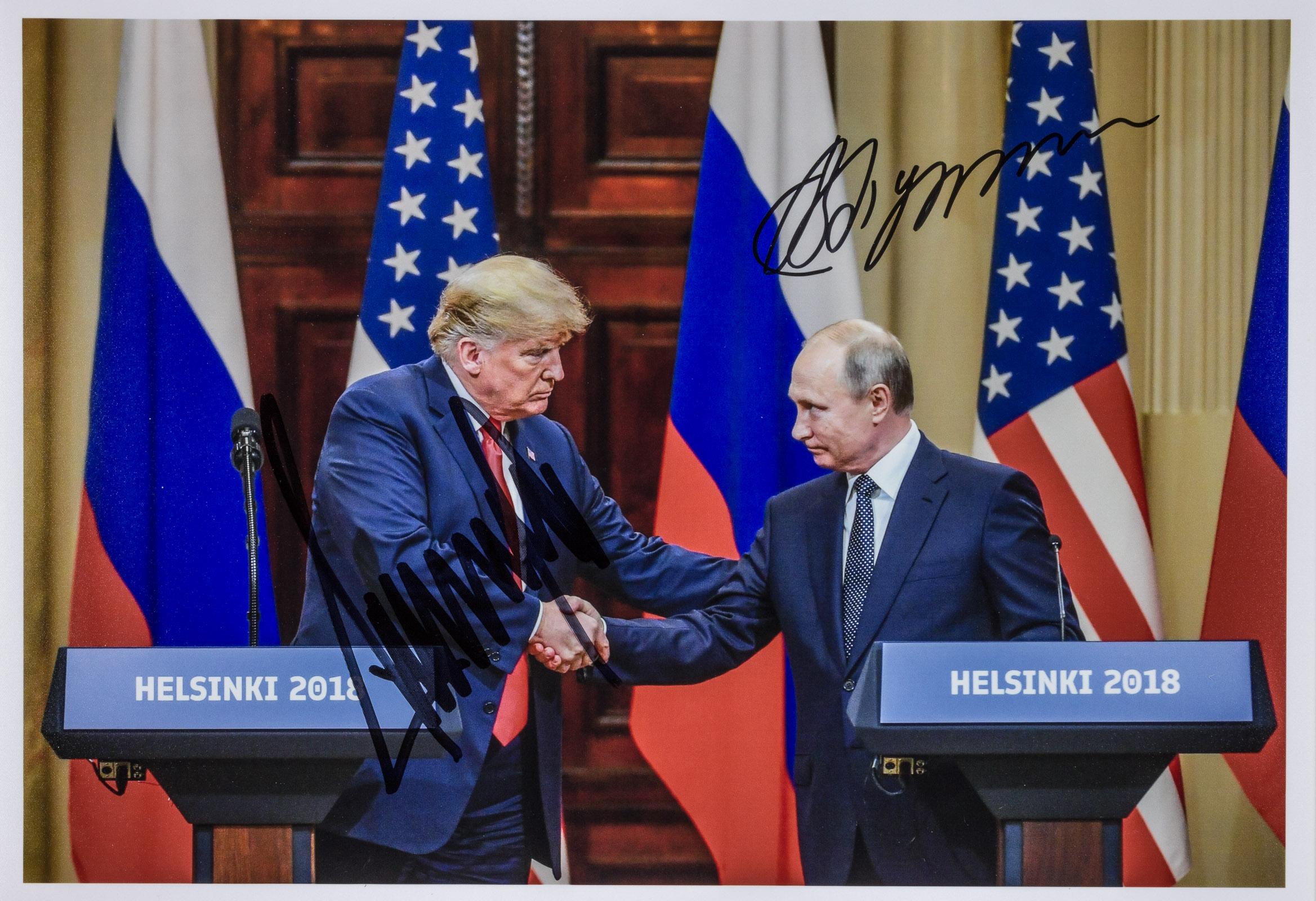 
An amazing photograph of great political interest in this election year, an image of the 45th and current United States President DONALD J. TRUMP grasping the hand and patting the back of the second most powerful man on earth, Russian strongman President VLADIMIR PUTIN, boldly signed in black marker by both controversial world leaders across their respective images. The 12 x 8.25 inch satin finish photograph was taken as both men addressed the press in Helsinki, Finland after their two-hour closed door meeting whose content still remains largely unknown. At a news conference after the summit, President Trump was asked if he believed his own intelligence agencies or the Russian president when it came to the allegations of Russian meddling in the U.S. elections. Trump was widely criticized for his response: "President Putin says it's not Russia. I don't see any reason why it would be." Putin's signature is accompanied by a signed letter of provenance from a Russian political figure who obtained the signature at a March, 2020 meeting between Putin and Uzbekistan President Shavkat Mirziyoyev. Trump's signature was obtained by a closely-placed election aide at a Trump rally a few months later. Very fine, untouched condition. This is the first, and quite possibly the only photograph signed by both Trump and Putin.