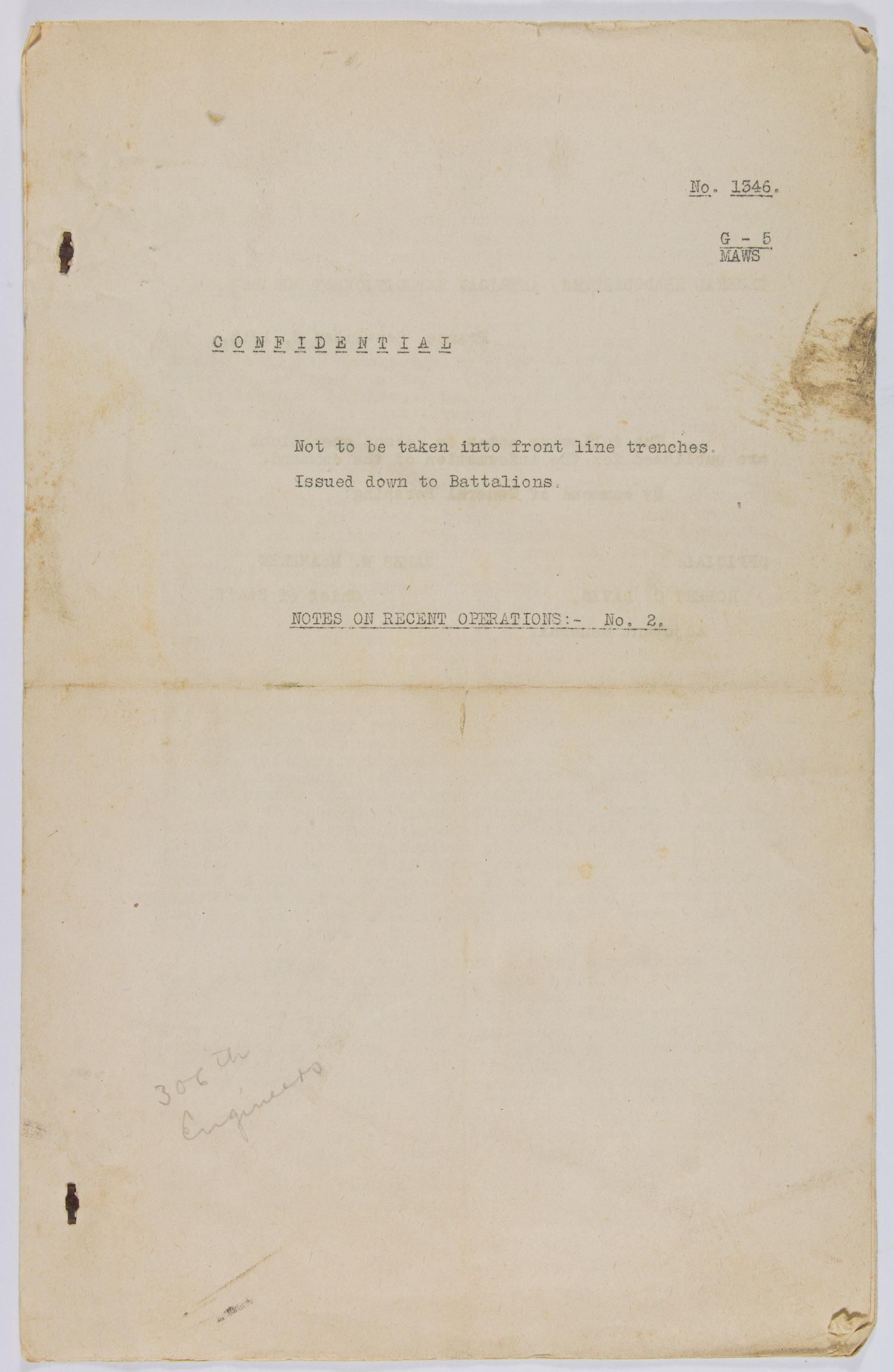 CONFIDENTIAL MEDICAL REPORTS AFTER THE BATTLE OF SOISSONS

Description:
Excellent 'Notes of Recent Operations', 6pp. folio, issued to U.S. divisional commanders by the American Expeditionary Force Headquarters, observing the horrendous sanitary service resulting from the quick Allied victory in Soissons - oft considered the turning point of World War I. Published on Sept. 2, 1918, the document states that the speed of the American advance created 'little to no communications between many regimental aid parties and the ambulance companies...the regimental sanitation personnel took upon themselves the duties of dressing station parties...became stranded from their regiments...after their supplies were exhausted, they were forced to use aid packets found upon the dead and prisoners...right of way was given to ammunition transport, slippery roads...the motor ambulances were blocked for long periods of time...some regimental aid parties...saw no ambulances for twenty-four hours at a time...' Much more content. The front cover is marked 'CONFIDENTIAL' on the cover with the directive 'Not to be taken into front line trenches', and the inscription '306th Engineers' has been added in pencil. Clearly field-used, partly disbound, with one spot of staining, else very good. From the estate of Col. Thatcher T. P. Luquer, commander of the 306th Engineers Regiment, 81st Division, whose regiment saw service in Tronchoy, St. Die, Langres, and the Sommedieue sector of the Meuse-Argonne offensive shortly before war's end. The document was likely sent to him as commander of the 306th Regiment, and stems immediately from a direct descendant.