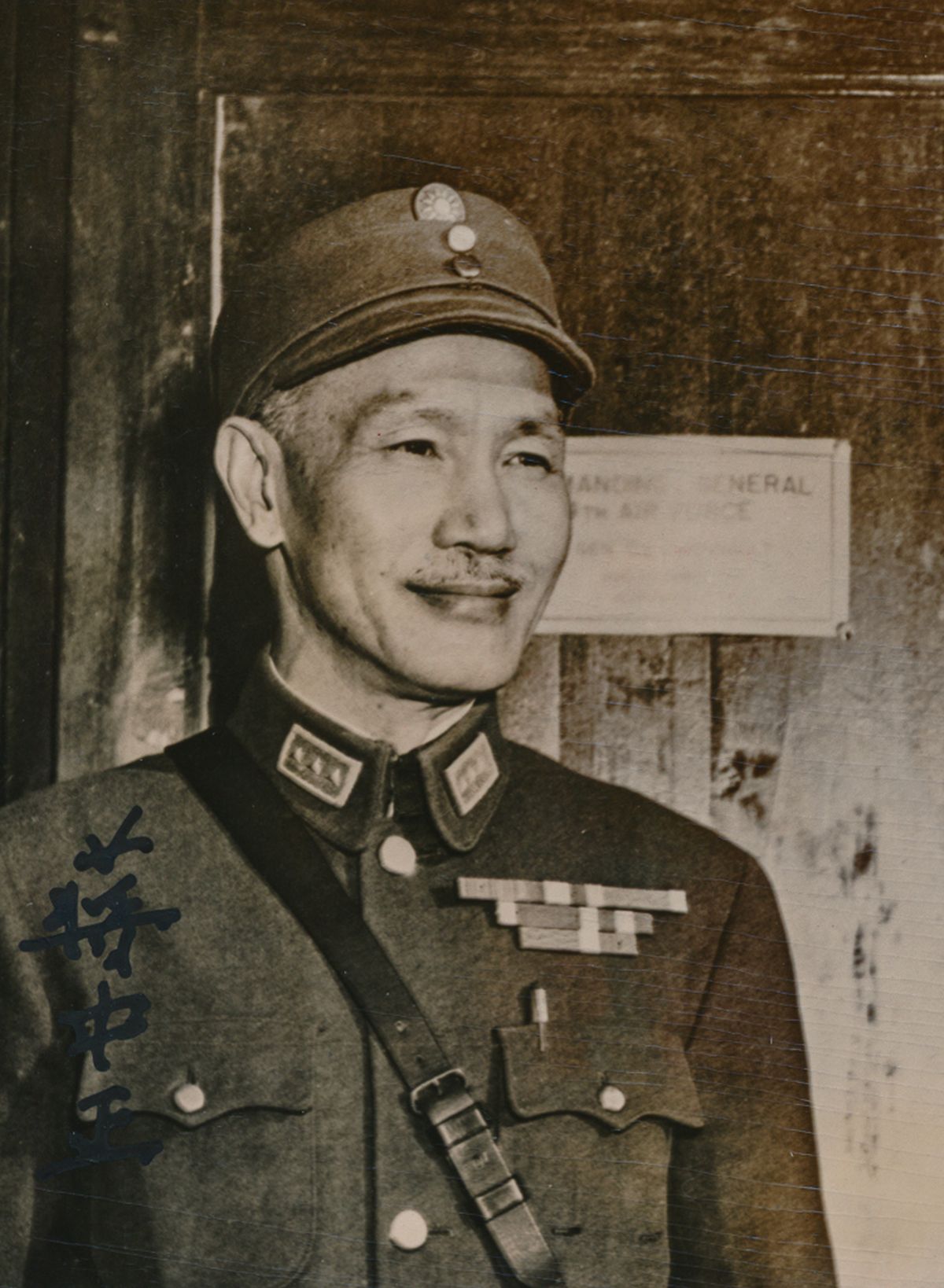 Description: CHIANG KAI SHEK (1887 - 1975) Chinese general and politician who led Chinese forces against the Japaneses in World War II. His Nationalist forces resisted the communists under Mao Tse Tung, but were eventually defeated and established a new government on Formosa (Taiwan). S.P., 2 1/2" x 3 3/4" b/w, candid chest-up portrait in military uniform, taken ca. 1940s. SOLD WITH: a letter of transmittal on: "The Office of the President Republic of China" letterhead, 1p. 4to. Taipei, Mar. 28, 1958. Chiang's secretray, James Shen, sends the photo along with an explanation of the Chinese spelling of the president's name, noting: "...To the Western world...he is better known as Generalissimo Chiang Kai-shek...". Letter bears a clean tear from top margin, else fine.

You agree to pay a buyer's premium of up to 28.0% and any applicable taxes and shipping.