Back to catalog
Lot 52 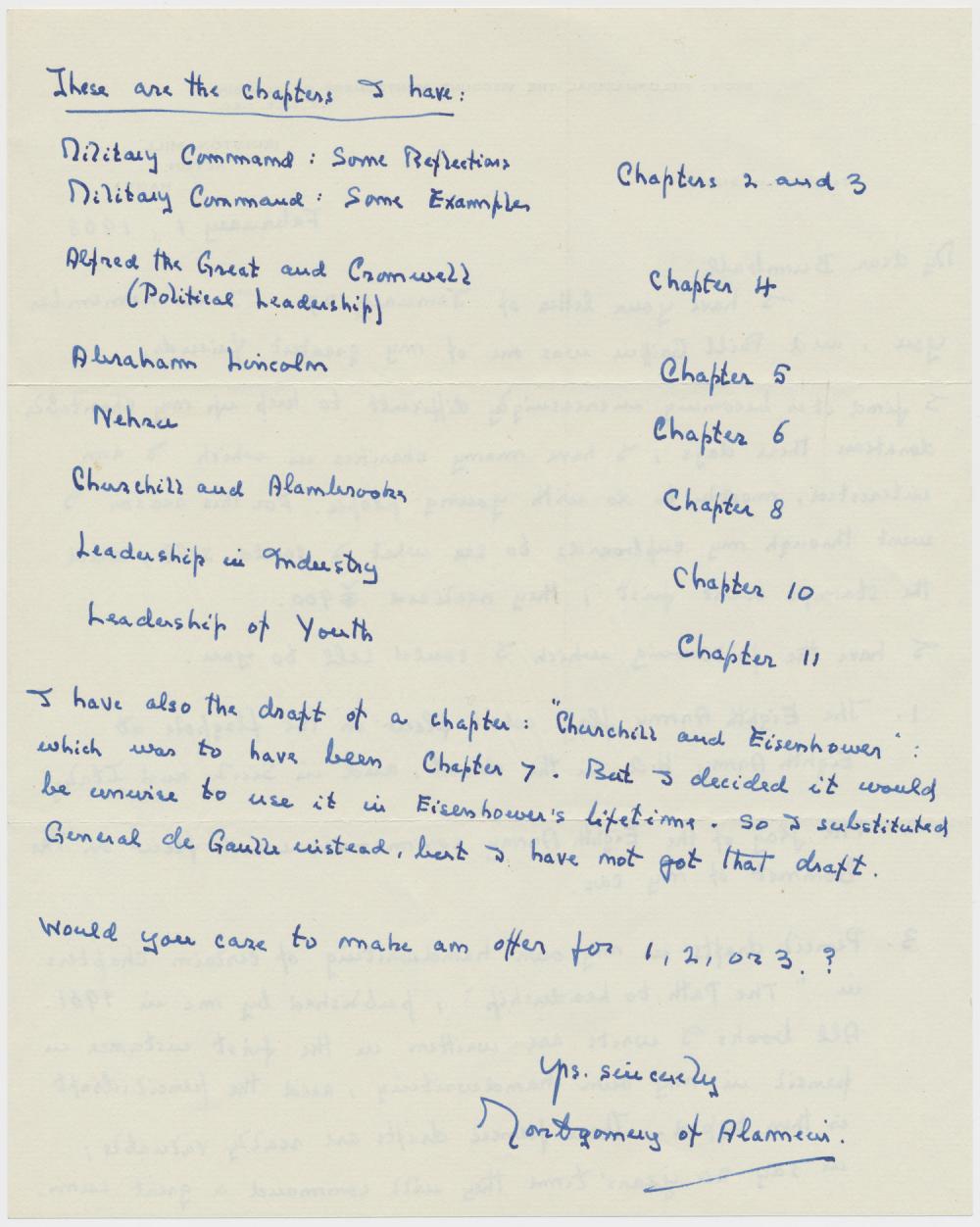 Description:
(1887 - 1976) British Field Marshall who commenced the drive at El Alamein that ultimately drove Rommel from North Africa. Also involved in the invasions of Sicily and France. Fine content A.L.S. 'Montgomery of Alamein', 2pp. 4to., Hants, Feb. 1, 1968, a letter to a collector interested in purchasing some of his wartime relics. In part: '...I have many charities in which I am interested...For this reason, I went through my cupboards to see what I could sell...I have the following...1. The Eighth Army flag which flew on the flagpole at Eight Army H.Q. in the desert, and in Sicily and Italy. 2. The flag of the Eighth Army commander which flew on the bonnet of my car. 3. Pencil drafts in my own handwriting of certain chapters in 'The Path to Leadership', published by me in 1961...these pencil drafts are really valuable; in say 20 years' time they will command a great sum...Would you care to make an offer for 1, 2, or 3?' Signed at the conclusion. Mailing folds, else fine. Montgomery's car pennant, referenced in the letter, is being offered in a separate lot in this sale.