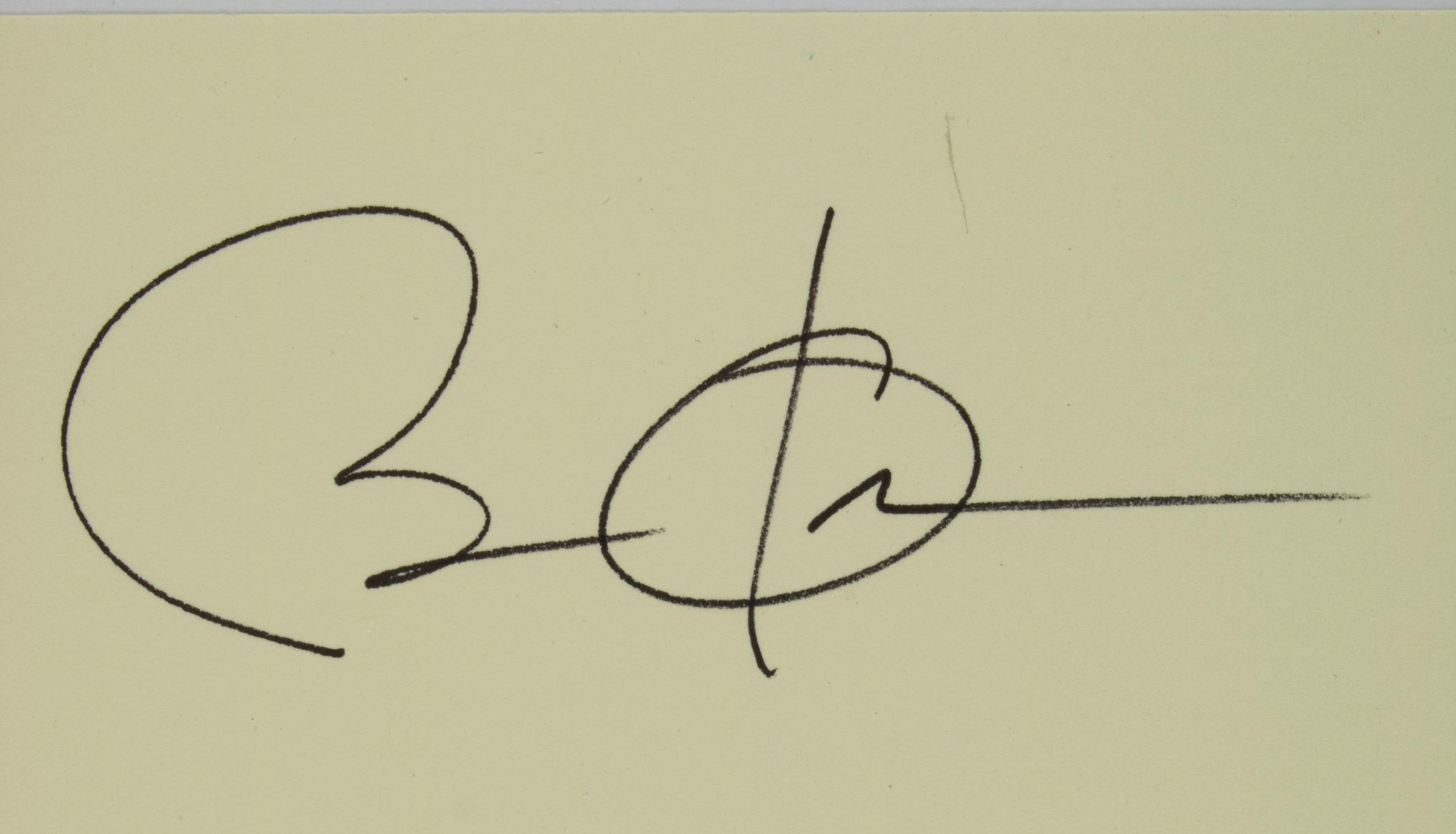 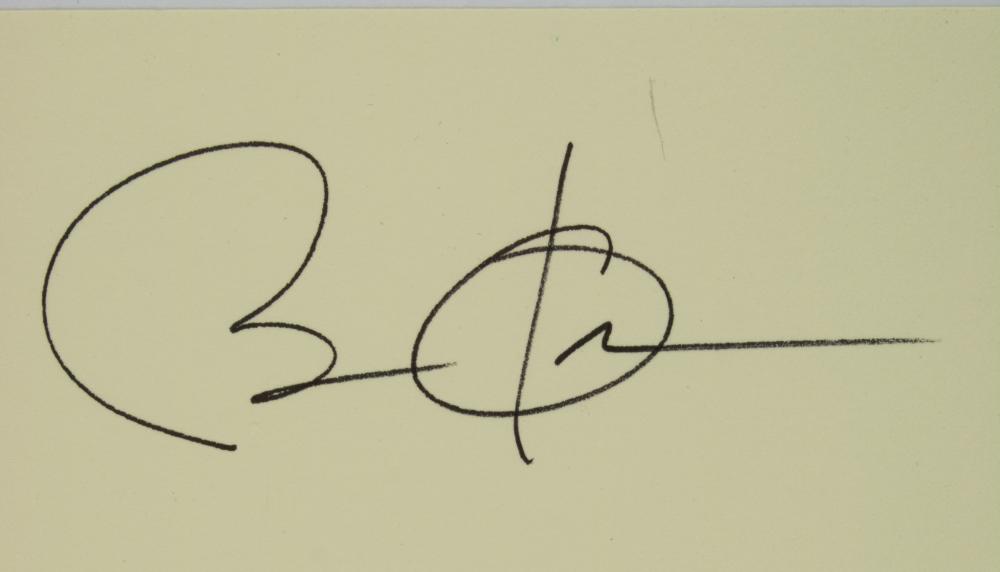 (b. 1961) The 44th and current President of the United States, and the first African American to hold the office. A fantastic Obama item, a typed manuscript of his speech from his 2008 campaign entitled 'We the People, in order to form a more perfect union..'. The speech, 8pp. 4to., [n.p., n.d. but originally given in Philadelphia, March 18, 2008] is printed on Obama's official campaign letterhead, and boldly signed on the first page in his typical black marker. Written on the heels of the controversy around racial remarks made by Reverend Jeremiah Wright, Obama's former pastor, the speech reads in very small part: '...Two hundred and twenty one years ago, in a hall that still stands across the street, a group of men gathered and, with these simple words, launched America's improbable experiment in democracy...And yet words on a parchment would not be enough to deliver slaves from bondage, or provide men and women of every color and creed their full rights and obligations as citizens...I chose to run for the Presidency at this moment in history because I believe deeply that we cannot solve the challenges of our time unless we solve them together....I am the son of a black man from Kenya and a white woman from Kansas. I was raised with the help of a white grandfather who survived the Depression to serve in Patton's Army during World War II and a white grandmother who worked on a bomber assembly line at Fort Leavenworth...It's a story that hasn't made me the most conventional candidate...Race is an issue that I believe this nation cannot afford to ignore right now...A lack of opportunity among black men, and the shame and frustration that came from not being able to provide for one's family, contributed to the erosion of black families...What is called for is nothing more, and nothing less, than what all the world's great religions demand, that we do unto others as we would have them do unto us...' Much more. Fine condition.