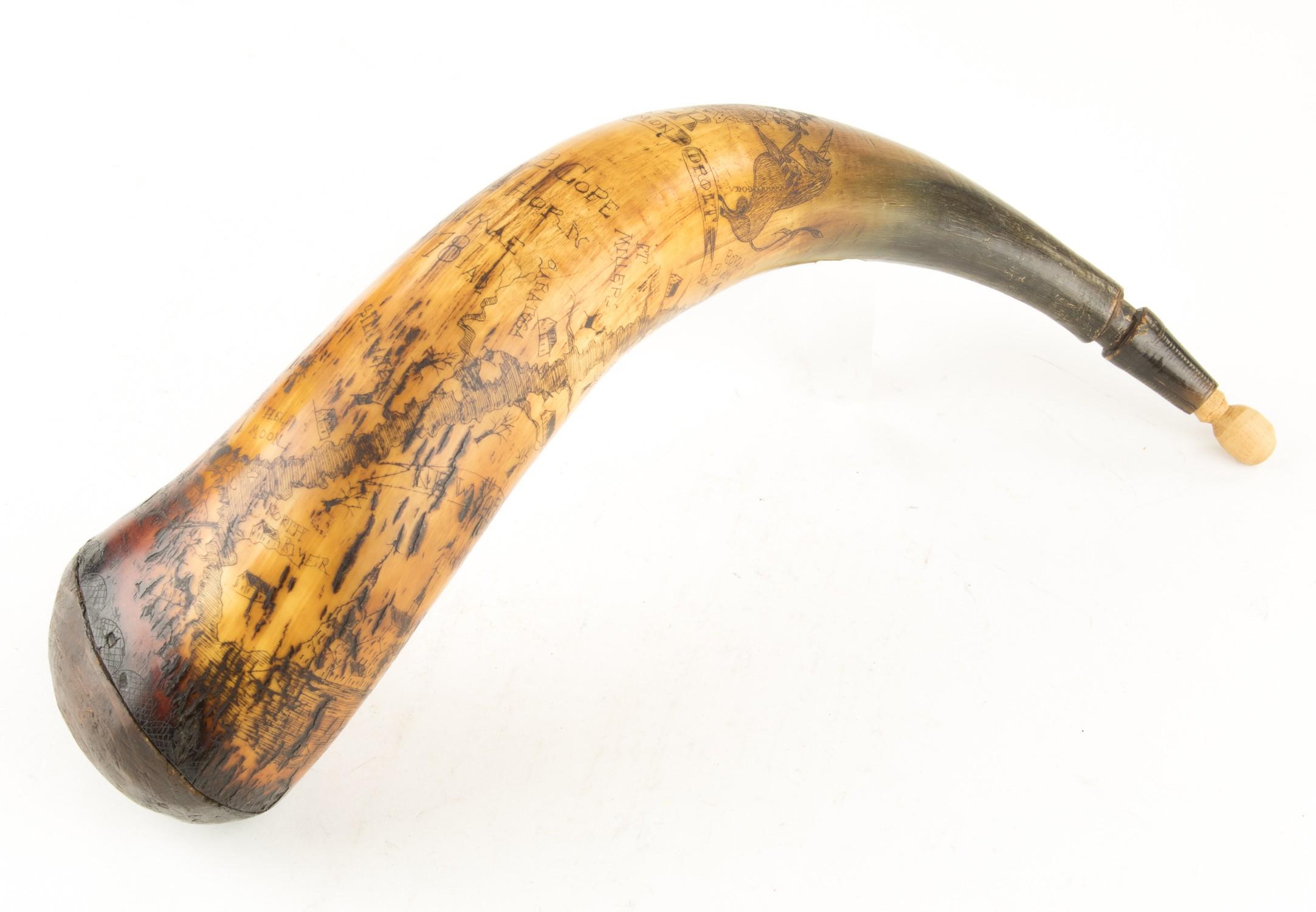 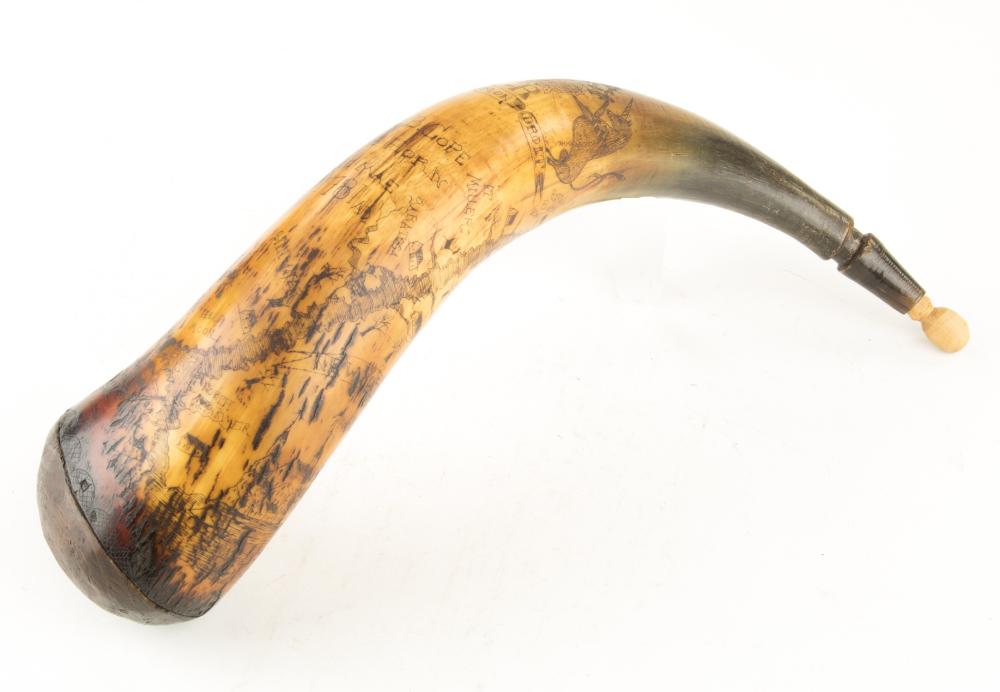 (AMERICAN REVOLUTION) BRITISH POWDER HORN
A well preserved and exquisitely carved powder horn, roughly 12 in. long with a 3.5 in. diameter base. At the top appears the English Coat of Arms followed by the words 'W.B. Cope, his horn made May 9th, 1781.' The rest of the body is intricately carved and illustrated with the names and locations of cities, towns, military forts, and rivers in New York including New York City, Albany, Fort Stanwix, Fort Schiller, Fort Henry, Fort Hunter, Fort Miller, and more. Buildings, trees, and other geographic features are shown. Stained in varying degrees throughout appearing to be from the use of pyrography. Two small holes to the base and a replacement wooden plug fills the mouth. Overall very fine. At the time this horn was made during the American Revolution, British forces had turned their attention South after many years of stalemate in the Northern colonies. The French recognition of America and threat of Spanish and Dutch interference in the Caribbean caused Britain to reorganize their priorities, and they believed battle in the Southern colonies to be their best chance of defeating the colonists. However, there were still thousands of British troops stationed in New York and the surrounding area…including obviously the owner of this beautiful horn.